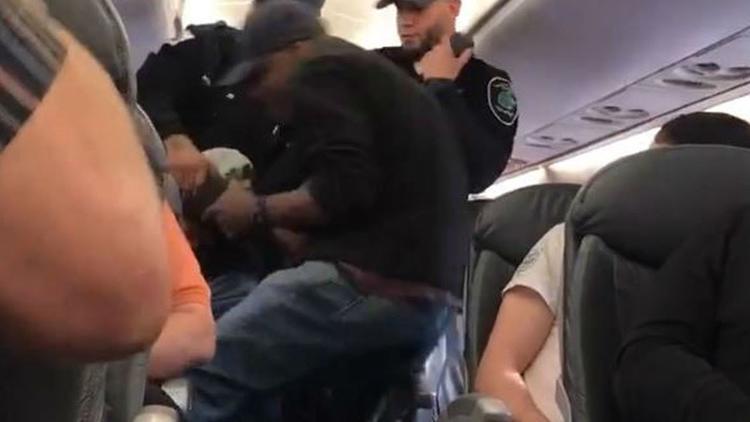 While he was allowed back on the flight, the man’s face was bleeding from the force the guards exerted.

A viral video has yet again stirred controversy around United Airlines after footage showed security personnel dragging a screaming man off a plane Sunday evening.

The flight, from Chicago O’Hare Airport to Louisville, Kentucky, had been overbooked. During boarding, flight attendants offered passengers travel vouchers and hotel stays if they would give up their seats to accommodate four United staff people.

When no one volunteered, the crowd was told a computer would randomly choose four people to give up their seats. The man in the video was the only one chosen who refused to leave, and he became visibly upset after explaining that he was a doctor and needed to be in Louisville for his morning appointments.

@United overbook #flight3411 and decided to force random passengers off the plane. Here’s how they did it: pic.twitter.com/QfefM8X2cW

Soon, three security guards arrived to pull him off his seat and off the plane.

"Everyone was shocked and appalled," Audra Bridges, a passenger who witnessed the entire scene told the Courier-Journal. "There were several children on the flight as well that were very upset."

Bridges told the outlet the man eventually made it back onto the flight, but that his face was bleeding from the force of the guards.

The airline has since issued a statement, saying, "Flight 3411 from Chicago to Louisville was overbooked. After our team looked for volunteers, one customer refused to leave the aircraft voluntarily and law enforcement was asked to come to the gate. We apologize for the overbook situation. Further details on the removed customer should be directed to authorities."