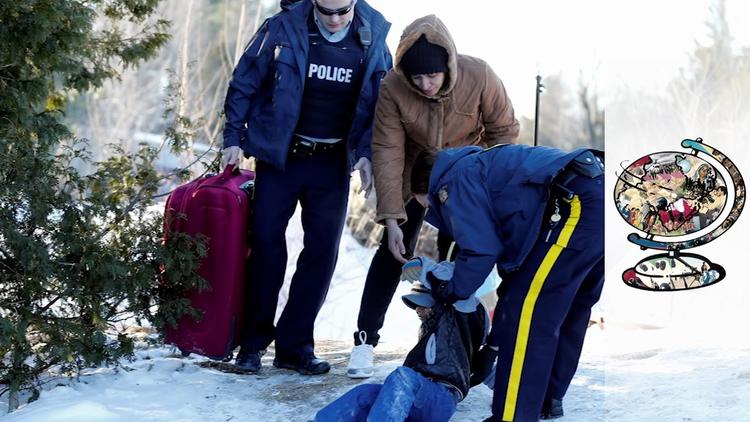 DUBAI – In his 1961 science fiction novel Stranger in a Strange Land, Robert A. Heinlein chose a Muslim linguist, “Dr. Mahmoud,” to help the book’s Martian-raised protagonist make the transition to life in the United States. Stranger may be fiction, but Heinlein’s selection of a Muslim interpreter was rooted in reality. In fact, people from the Middle East and North Africa (MENA) have been “translators” of innovation and discovery in the US for decades.

Recent research that I undertook, together with two colleagues at the Austrian Institute of Technology, Georg Zahradnik and Bernhard Dachs, relied on patent data filed in the US to shed light on the role that individuals of Arab, Kurdish, Persian, and Turkish ancestry play in the development of US technology. We began our research following US President Donald Trump’s executive order banning citizens from six predominantly Muslim countries from entering the US (the list originally included Iran, Iraq, Libya, Somalia, Sudan, Syria, and Yemen; Iraq was later removed).

What we found came as no surprise to us. But those charged with ensuring that the US remains the world’s leader in bringing new ideas to market should be worried.

In 2013, there were approximately one million MENA immigrants residing in the US, representing 2.5% of the country’s 41.3 million immigrants. About 43% of MENA immigrants aged 25 and older had a bachelor’s degree or higher, compared to 28% of all immigrants to the US, and 30% of native-born US adults. If the million or so people of Persian and Turkish origin were included, the figures for educational attainment would probably be even higher.

To approximate MENA immigrants’ contribution to US innovation, we cross-matched some 2,500 MENA-specific first names with patent documents filed with the World Intellectual Property Organization (WIPO). We found that from 2009 to 2013, there were 13,180 patent applications filed by US organizations, or individuals residing in the US, in which at least one applicant had a MENA name. This represents 5.1% of all US patent applications to WIPO during the 2009-2013 period. And, because we selected MENA-specific names only, many MENA inventors who have names shared with other ethnicities, such as Biblical names, were left out. The actual figures are certainly higher.

Other US states with a notable number of MENA-linked patent applications were Texas and Massachusetts; Texas, for example, had only slightly fewer than Saudi Arabia during the 2009-2013 period.

On the face of it, the immigration measures taken by the Trump administration should not be a cause for great concern. There is very little investment in research and development flowing between the US and any of the targeted countries. But with more people of MENA origin subjected to so-called extreme vetting, fewer people from the region will be moving to the US. Such a decline would have a noticeable effect, as MENA inventors tend to be employed in technology fields that are at the core of US innovation.

Even citizens from visa-free countries who have Middle Eastern-sounding names are being asked to obtain a visa prior to traveling to the US. The measures have affected foreign visitors to the US of all stripes, from the Egyptian-born French historian Henry Rousso to African trade delegates from Nigeria, Ghana, Sierra Leone, and South Africa. Not surprisingly, people from around the world are thinking twice about visiting the US, with the airfare prediction app Hopper registering a 17% decline in online searches for flights to the US in the weeks after Trump’s ban was first proposed.

The US is more vulnerable to the impact of immigration restrictions on innovation than any other country in the world. From 2000 to 2010, it had eight times more patents filed by an immigrant (194,600) than its closest competitor, Germany (25,300). Depending on the discipline, anywhere from 24% to 80% of scientists and engineers employed in the US are foreign-born.

In other words, immigration bans put the US – where 30% of the country’s Nobel laureates were born somewhere else – at risk of losing its attractiveness for foreign talent. University science departments, particularly in disciplines like engineering, depend heavily on foreign students. Without access to this talent pool, some departments would have no choice but to shut down. US firms, too, could find it necessary to relocate a greater share of their activities outside the US if restrictive immigration policies persist. Given the persistent visa and border-crossing hurdles, US companies may find it more advantageous to offshore their production and jobs.

In Stranger in a Strange Land, Dr. Mahmoud describes a “vulgar” American character who is “loud, probably ignorant, and almost certainly provincial.” For many MENA-linked inventors living and working in the US, and especially those seeking to relocate there, Mahmoud’s characterization will resonate today. For everyone else, no translation is needed.

Sami Mahroum is Director of the Innovation & Policy Initiative at INSEAD and a member of the WEF Regional Strategy Group for theMiddle East and North Africa. He is the author of Black Swan Start-ups: Understanding the Rise of Successful Technology Business in Unlikely Places.