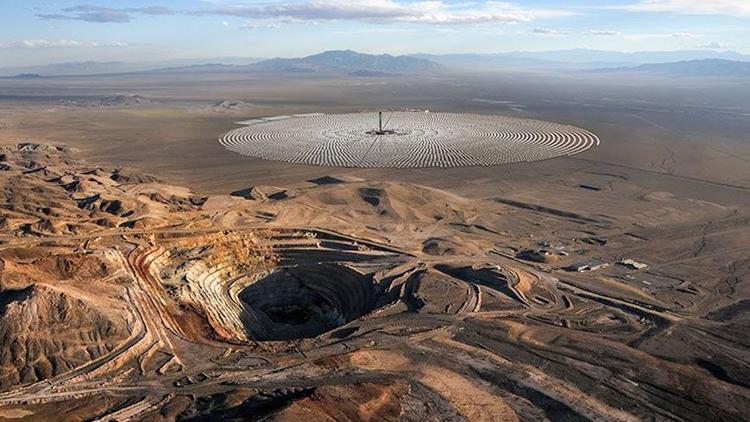 In recent months, events across three continents showed how clean energy use by the mining industry, which consumes 11 percent of global energy, can mitigate climate change on a planet where 2,000 mechanized mines struggle with fuel prices, carbon emissions and ever-increasing logistical challenges. 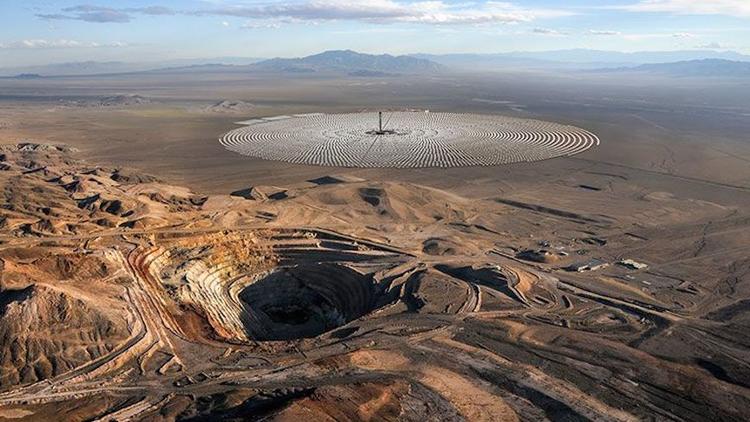 Moreover, Hindustan Zinc Ltd. in India, Redavia Solar and IAMGOLD Corp. in Africa and Chile’s copper mining giants underscored how a business that also represents 15 percent of all electricity use – making our way of life possible through metals and minerals – can prioritize the $13.5 trillion in commitments made at the Paris Climate Conference (COP21) while helping ensure energy security for 1.2 billion people.

Mining for anything requires enormous amounts of energy – from base metals like copper, lead, nickel, zinc, tin, aluminum and iron ore to precious metals like platinum, gold and silver or fertilizers like phosphate or fossil fuels like coal. Given the complexity of mining, with its intricate equipment and heavy machinery at depths and trajectories necessary for extraction, energy costs – especially in remote areas – can account for up to 30 percent of balance sheet costs.

In isolated spots, worker safety and profits render reliable, high-voltage power an urgent priority – while making renewables an opportunity to save billions through energy efficiency.

In 2011, the industry first began economizing with solar and wind just before the crash of a 13-year emerging-market commodities boom which sent people, equipment and infrastructure deep into some of the most far-flung corners of the world scouring for metals and minerals. By 2022, Navigant, a consultancy, forecasts the use of clean energy by miners will grow to 8 percent – or $3.9 billion – from 1.8 percent today.

Thanks to strong domestic and international support, India is witnessing a clean energy renaissance for communities, businesses and industries – and mining is no exception. Key participants include coal firms like state-run Coal India Ltd., which plans to install 600 Mw of solar nationwide, along with Neyveli Lignite Corp., which tendered for 260 Mw of grid-connected solar PV in two states. On Dec. 1, Hindustan Zinc joined the group by announcing the solar deployment of 115 Mw; the company already generates 474 Mw of thermal power and 274 Mw of wind.

More than 16,000 miles away, Chile, one of the world’s greenest economies and its largest copper producer, is getting a huge clean energy boost from its red metal mines. As elsewhere, plummeting solar prices combined with technological advances mean that – from the sun-baked Andes Mountains thousands of feet above sea level to blustery southern Patagonia – solar panels and wind turbines are fast replacing the need to truck diesel fuel to these harsh, distant places – a costly and unreliable enterprise.

In December, for example, reports emerged that interest among Chile’s copper miners in renewables has ballooned so quickly that traditional energy suppliers must now diversify their portfolios. By July, Chile further plans to install 1,000 Mw of solar – mostly in mining regions – while Chile’s Association for Renewable Energy has projected 100 percent of the national grid could be powered by renewables as of 2050.

Meanwhile, a 1,900-mile transmission line is being constructed to expand the power distribution system by connecting mines to the national grid. This has hemispheric implications: Mining already accounts for 60 percent of Latin America’s solar PV market, while the industry is expected to represent nearly two-thirds of energy usage by the region’s top 21 solar plants.

In other parts of the world the subsector has shown myriad benefits, too. These include shareholder demands for climate change transparency and – especially – the bedrock community relations, or “social license to operate,” essential to any mining operation. These installations create jobs while unlocking revenue for mining companies to invest in local schools, agriculture and medical clinics along with small- and large-scale infrastructure.

IAMGOLD, the largest private-sector employer in Burkina Faso, for instance, created 120 jobs with the initial installation of a 15-Mw solar plant at its West African mine. In South America, the Toronto-based firm also created more than 100 jobs with the deployment of Suriname’s first and largest solar farm with 5 Mw at its Rosebel gold asset. In all, IAMGOLD seeks to use 15 percent renewable energy company-wide by 2020.

Many such solar installations will be left behind for local use once the mine is closed. These also open the door for “anchor-tenant solutions,” whereby operating mines share electricity with far-off local communities. This is important for places like Africa, where 80 percent of new mines will be clean energy-dependent by 2026, according to the International Finance Corp., and where 600 million people live without electricity.

Global institutions have taken note. The World Bank, in its 2015 report “Power of the Mine: A Transformative Opportunity for Sub-Saharan Africa,” for instance, notes mining’s appetite for power in sub-Saharan Africa will triple between 2000 and 2020 to reach more than 23,000 Mw.

One of the most significant examples lies in Queensland, Australia, where Anglo-Australian multinational Rio Tinto operates a bauxite mine with an 18,000-panel PV farm installed by Arizona-based First Solar, which shares electricity with a nearby township. Rio, the world’s second-largest mining company, has recently announced plans to expand the project.

Also of major importance is the prospect of further greening some of the world’s largest industrial-scale infrastructure projects associated with mining. These include “pit to port” capacities ranging from smelters, water and other processing systems to conveyor belts, roads and railways along with port and shipping facilities.

Given that 90 percent of energy demand will come from emerging markets by 2035, requiring $1 trillion in investments, according to the International Energy Agency (IEA), the potential synergies are endless. The UN’s “Sustainable Energy for All” (See4All) initiative, for example, seeks to create universal energy access by 2030, while Power Africa, a U.S.-led public-private partnership, has sought to double energy access to 60 million, partly through renewables, across the continent.

Amid IEA reports that $40 trillion is needed for for global energy supplies to become completely renewable by 2050, impact investors are best poised to push mining companies into the gap. One of the most notable may be the Rockefeller Foundation, which has the largest anchor-based network of its kind encompassing telecoms towers to spread clean energy to 1,000 villages in rural India this year.

November’s elections have given the 2015 Paris agreement unprecedented urgency, as 194 signatories race to keep temperatures below 2 degrees Celsius. Yet COP21’s enduring challenge for investors – scaling climate-resilient industries in the developing world – remains elusive.

Multifaceted and challenging, our planet’s mines are innovation and energy-intensive ecosystems brimming with solutions just below the surface. We ignore them at our peril.

Editor’s note: Throughout 2017, NextBillion is organizing content around a monthly theme, dedicating special attention to a specific sector alongside our broader coverage. This post is part of our focus on the environment for the month of March.

Reprinted with the author’s permission from Next Billion: An Initiative of the William Davidson Institute at the University of Michigan