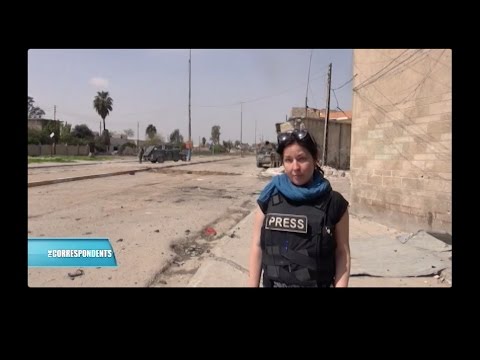 There is plenty of speculation about how hundreds of non-combatants were killed in Mosul, all apparently by accident. US and Iraqi forces have admitted partial culpability. But there are other causative factors at work.

The dramatic and tragic events in Mosul on March 22, that saw hundreds of civilians killed when a whole city block was levelled by an aerial strike has dominated Iraqi news coverage over the past week.

The extremist group known as the Islamic State, which had controlled Mosul since the middle of 2014, had brought hundreds of civilians into the area, often forcing several families to live in one house, in a neighbourhood littered with bombed and burned vehicles. Other families were trapped in Mosul and simply sought shelter there. A mistaken bombing raid by the international coalition fighting the Islamic State, or IS, group in Mosul levelled a whole block and caused, quite literally, hundreds of deaths and injuries, trapping whole families beneath rubble.

The incident caused a temporary stoppage of the operation and a re-evaluation of tactics. The international coalition said that the bombs had been dropped at the behest of the Iraqi forces on the ground, who call in locations of IS fighters.

In terms of American involvement in the tragedy, Iraqi officials have confirmed that the US wants to end the fighting with a victory over the IS group as soon as possible. This has seen more US participation on the ground. There are also some French military units on the northern outskirts of Mosul.

“In other battles, an exit route has been left for the extremists. This didn’t happen in Mosul, trapping extremists and civilians. Senior commanders refuse to speculate as to why.”

This week the New York Times reported on what they described as “the fullest acceptance of responsibility by an American commander since the March 17 airstrike”.

A senior US commander in Iraq, Stephen J. Townsend, said that a US airstrike most likely led to the collapse of the buildings. But he also said there would be an investigation to see if explosives stored by the IS group inside or nearby might not also have caused the larger damage.

The US general said that the rules governing combat in Iraq had not changed significantly but that decision-making about when and where air strikes should take place had been “decentralized”. Iraqi soldiers themselves have commented on how much faster the decision-making process has become.

Even before the incident in March, Khamis al-Khanjar, an Iraqi business mogul who has supported Sunni Muslim parties in Iraq financially, was warning that the US’ increased enthusiasm for fighting the IS group was dangerous and likely to increase the number of civilian casualties. He told Reuters that those Mosul locals who had welcomed their liberators in eastern Mosul were now extremely frightened of US airstrikes.

But local analysts believe there is more background that needs to be considered when apportioning blame for this tragedy.

For example, some analysts believe that one of the biggest mistakes made in Mosul was laying siege to the city, which has meant that the IS fighters are trapped, along with thousands of civilians.

Other fights against the IS group elsewhere in the country used a different strategy, one that made sure to leave an exit route for the extremists. This happened in Fallujah, Ramadi, Tikrit and Baiji and meant that there was no need for protracted fighting because the IS fighters could flee.

For example, in Fallujah in May and June, the plan involved federal police forces coming into the city from the north and east, accompanied by members of Shiite Muslim militias. Iraq’s counter-terrorism forces came in from the south. The west side of the city was supposed to be left open so the IS members could escape to Al Qaem, the Iraqi city on the border of Syria.

“Rumour had it that some politicians were annoyed at how warmly Mosul residents greeted senior generals. A PR victory for the Iraqi army is not necessarily welcomed by the militias.”

“The same thing was supposed to happen in Mosul,” says Raed al-Tamimi, an Iraqi army colonel working in Mosul. “When we were fighting in eastern Mosul we did not have as many losses because the extremists could exit into western Mosul, by crossing the river. We expected that the IS fighters would then withdraw from the west of Mosul towards the Syrian border, through Tal Afar and Biaj. But this didn’t happen.”

However al-Tamimi and other officers were reluctant to speculate as to why this didn’t happen.

When the military campaign to push the IS group out of Mosul began in October last year, Iraq’s often-controversial Shiite Muslim militias, originally all volunteers, were not supposed to take part in the operation in the large northern city. This is because Mosul, with a Sunni majority population, has been a defacto capital in Iraq for the IS group and there were concerns that the Shiite militias would take revenge on the Sunni population.

In early November 2016, two of the best-known leaders of the militias, Abu Mahdi al-Mohandes of Hezbollah and Hadi al-Ameri, a Badr organization commander, announced that their forces had successfully cut off the road leading into Syria.

Worth noting, some of the leaders of the Shiite Muslim militias see Iraq and Syria as one battlefront. Some of their forces are actually fighting in Syria in support of the Syrian leader, Bashar al-Assad. This is because they are close to Iran, whose government is supporting al-Assad. And the Iranians believe that if the IS group is allowed to flee into Syria, this will increase pressure on their ally, al-Assad. In this case, it is better to keep the IS fighters divided and fighting on two fronts.

“In real terms, the fronts in Iraq and Syria are connected and our fighters are ready to go to Syria, if the Iraqi government gives us permission,” Ahmed al-Assadi, a spokesperson for the Shiite militias said at a press conference on December 24 last year.

But there are certainly some Iraqi Shiite factions that are now fighting in Syria without any official Iraqi approval.

The other possible misstep made by the Iraqi military was cutting off the road between Mosul and Tal Afar. Had the IS fighters been able to withdraw to Tal Afar, this may have been a better place to meet them in battle. Tal Afar has largely been abandoned by its residents and fighting here would have avoided at least some of the civilian casualties now occurring in Mosul.

The other thing that has puzzled some observers is the fact that Iraq’s elite counter-terrorism forces, who fought so carefully on the eastern side of the city and were credited with saving many civilian lives, are taking less of a leading role in the fighting on the western side of Mosul.

Iraq’s federal police are now leading the fight against the IS group on the western side of the city. This is despite the fact that the federal police don’t have as much experience in guerrilla warfare as the counter-terrorism forces. The federal police were established as another wing of the regular military and in some parts of the country they play the same role as the police.

For example, in Baghdad and in other southern provinces, the federal police work alongside the regular police, maintaining security, supervising checkpoints and following up on criminal complaints.

The Iraqi government has yet to explain the need for this change in strategy around personnel. Some Iraqi analysts have suggested it is because the counter-terrorism troops lost many men in Mosul and are no longer capable of leading the fight. But in fact, these forces are still fighting in western Mosul and supervised by the same officers who fought in the eastern half of the city.

Rumour had it that, in fact, some politicians were annoyed that the senior generals of the counter-terrorism forces were being greeted so warmly by Mosul residents, because they managed to defeat the IS group and protect civilian lives. Victories achieved by the Iraqi army are not necessarily altogether welcomed by politicians affiliated with the militias. The counter terrorism forces bring back the Iraqi army’s dginity and reputation, says one local observer. Whereas the militias like to see the raqi army as weak and present themselves as the best possible alternative.

There is also a lesser-known conflict at play. The counter-terrorism forces do not apparently like to fight alongside the Shiite Muslim militias. However the federal police coordinate better with the militias.

A past example of these tensions can be seen in the fighting around Tikrit in early 2015. While the Iraqi government and military wanted the support of air cover from the international coalition, the Shiite Muslim militias said they were opposed to it. Conflict broke out between militia head Hadi al-Ameri and Abdul Wahab al-Saedi, the commander of the counter-terrorism forces. Al-Ameri accused al-Saedi of cooperating too closely with US forces and the resulting conflict saw al-Saedi removed from his post.

The federal police and the Shiite Muslim militias fight more happily alongside one another because the police are under the control of Iraq’s Ministry of the Interior, and this has been run by Shiite Muslim politicians for the past 14 years. Accordingly, many of the staff and officers are also Shiite Muslims. On January 30 this year, Qasim al-Araji was named the new Minister of the Interior. Al-Araji is also a leading member of one of the largest militias, the Badr group.

Last Saturday, senior Sunni Muslim politician, Osama al-Nujaifi, Iraq’s vice-president, who is originally from Mosul, said in an official statement that the new strategy in Mosul, including the excessive use of cannons and rockets by pro-government forces, were causing more civilian deaths. Could it be that some pro-government forces are a little trigger happy, when it comes to calling in air strikes?

The current fighting in Mosul is likely to be the last and most significant battle against the IS group in Iraq, after three years of the country being terrorised by the extremists. The siege that has trapped the extremists in Mosul, the lack of the elite fighting forces that previously achieved so much and the new US enthusiasm for fighting the IS group, can all be partially blamed for the fact that this all-important battle is not going the way it should. Accidental or not, outcomes like those hundreds of civilian deaths don’t just have a high human cost; they will continue to bear upon the country’s future.