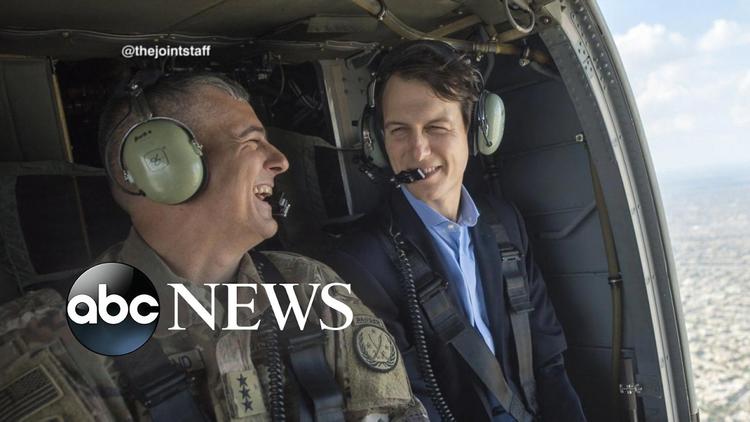 Days before President Donald J. Trump ordered cruise missile strikes on Syria, his son-in-law Jared Kushner visited Iraq to learn first-hand how the Iraqi government assesses the security situation, more than a decade after the United States delivered regime change to that country. The issues facing Iraq are manifold and tend to have a transnational edge. It remains to be seen how Kushner, who serves as the presidential advisor at large, interprets the challenges and opportunities for the Trump administration.

Iraq is struggling to gain back territory from the Islamic State (IS) which refuses to give up its prize winning: Mosul. The loss of Mosul with 1.3 million inhabitants to IS in June 2014 was a shock and a disaster for the credibility of Iraq’s national army. After nearly three years, US military hardware and air support have helped Baghdad wrest eastern Mosul out of IS control. But these gains have also been aided by the Shia militia fighters, operating under the rubric of the Popular Mobilisation Force (PMF), widely believed to maintain links with Iran, and Kurdish fighters (Peshmerga) affiliated with the Kurdish regional government in Erbil.

US generals have been sanguine about the speed of the operation in Mosul. The house-to-house gun fight puts the most battle-hardened troops to test. That’s why the Iraqi national army cannot afford to overlook the contribution of PMF and Peshmerga. But what kind of political price would the Trump administration have to pay for keeping this coalition together?

Iran’s role is complicated by decades of hostility between Tehran and Washington. Iran’s staunch support for Bashar al-Assad in Syria has pitted Tehran against Western capitals as well as Riyadh and Ankara. The Iranian leadership, perhaps unwittingly, has contributed to the sectarian divide between Shia and Sunni. Despite President Hassan Rouhani’s efforts to bring Iran out of the cold, the Iranian leadership is still very unpopular in its neighbourhood and the United States. Yet Iran has as much commitment to eradicate IS than the United States, if not more. Iran sees the IS threat as real and imminent, not just because IS is challenging Iran-friendly regimes in Syria and Iraq, but because it has the potential to spread to Sunni-populated outer provinces of Iran. A recent video by IS which targeted the Iranian leadership and warned of God’s punishment was made in Persian language. IS clearly sees Iran as its adversary in the region. And this gives some credibility to Iranian claims that their sponsorship of anti-IS forces is a matter of self-defence.

We don’t need to accept the Iranian justification to see that Iran is potentially a major regional ally for the US fight on IS. But would anyone in the White House admit that? Would Jared Kushner advise President Trump to reconsider US-Iran relations on this issue? Probably not; given that Trump, just like his Iranian counter-part, is a hostage of history and ideological boundaries. The United States and Iran may have a common enemy in IS but they also have too many points of divergence.

Another challenge brewing in the horizon for the United States is the question of Kurdistan. As the most effective fighting force in Iraq, Kurdish Peshmerga have proven instrumental in thwarting the IS advance and famously helping the Yezidi community in Mount Sinjar escape capture or massacre in the hands of IS. In the absence of the national Iraqi army, the Peshmerga managed to seize Kirkuk ahead of advancing IS troops in 2014 and expand the authority of the provincial capital of Erbil. The oil-rich Kirkuk has been a disputed territory between Erbil and Baghdad in the post-Saddam era. Now, with a large swath of territory under their control, Kurds may be tempted to take the logical step and vie for statehood.

Washington has developed direct links with the Kurds and invested in their fighting capability. Would Washington stick with Erbil if push came to shove? Would Washington see an independent Kurdistan as a natural ally in a turbulent and uncertain neighbourhood? The implications of such move would be profound for the neighbourhood – not just Iraq.