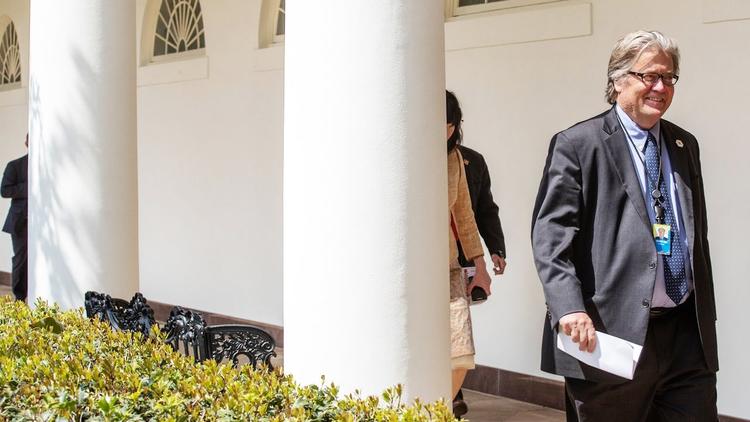 “General McMaster has returned the NSC to its proper function,” Bannon said in a statement.

The decision was made by Trump’s new national security adviser, Lieutenant General H.R. McMaster, a senior administration official told the Wall Street Journal. In the reshuffling of the council, Homeland security adviser, Tom Bossert, was downgraded to replace Bannon.

Bannon said in a statement, “Susan Rice operationalized the NSC during the last administration. I was put on to ensure that it was de-operationalized. General McMaster has returned the NSC to its proper function.”

Bannon’s appointment on the council when Trump was inaugurated in January even drew criticism from some members of Congress and Washington’s foreign policy establishment.

Trump fired Flynn on Feb. 13 for not disclosing to him or Vice President Mike Pence the extent of his conversations with Russia’s ambassador to the U.S., Sergey Kislyak, before Trump’s inauguration.

Flynn set the record for holding the position of White House national security adviser for the shortest time in the 64-year history of the role — just 24 days.

Bannon, former executive chairman of Breitbart and widely considered a white supremecist, drew fury from many when he was appointed. The move comes as new polling shows that Bannon is even less popular than Trump, who is viewed unfavorably by U.S. citizens than any other president at this point in his term.

The Young Turks: “Why Was Steve Bannon Booted From National Security Council?”