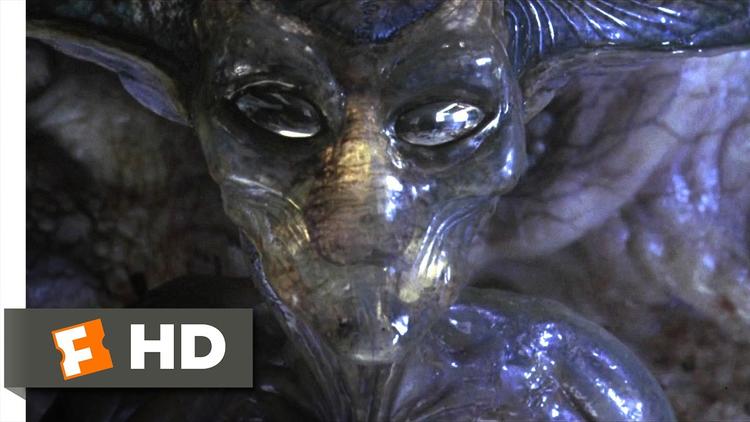 “They’re like locusts. They’re moving from planet to planet, their entire civilization. Once they consume every natural resource, they move on.”
— President Thomas Whitmore, “Independence Day”

You expect the Republican Party, when it wins a national election, to pass some laws benefiting the business classes. The GOP mainly stands for the interests of the 0.1% who are typically involved in business. It manages to get working people and the middle class to vote for it every other year, too, mainly by race-baiting, hypocritical Bible-thumping, and fear-mongering.

But the Trump administration isn’t even representing the interests of the business classes, which presumably include staying alive and having their money be worth something.

Trump and his cohort are Planet Ravagers. (This is a common Hollywood trope, but they are the real thing). They just want to suck the earth dry, and apparently they don’t in the slightest care what happens to people or even businesses after they go out of office. Their quest is for short term megaprofits.

So Trump said that he is going to cut corporate taxes to 15% from 35%. The US has a big problem with increasing economic inequality, and Reagan and subsequent tax policy is in large part to blame. Trump’s tax cuts will throw even more of the nation’s wealth to the super-rich. Think about tax policy as a snow blower that you angle so that all of the snow it spews out goes in one pile. After a while you have a little snow mountain in your yard, but your driveway has no snow at all. That’s what Trump is planning to do with our money.

Tax cuts do not create economic growth. That is a myth that Republicans keep pushing in the face of all the studies by economists. They actually advocated tax cuts in the 1930s to address the Great Depression, which their policies had created. It is just snake oil. Reagan cut taxes, and all it did was balloon out the government budget deficit.

The seriousness of the US debt should not be exaggerated. Spending a bit over budget often helps the economy grow, and governments are not like households that they go bankrupt. But the fact is that US debt is unhealthily high, basically equal to gross domestic product, and Trump’s tax cut will cause it to skyrocket. The world carries the US in the face of this weakness, but at some point they are going to prefer not to have an unstable reserve currency.

How can it be good for US business to have the US credit rating fall and have the dollar lose its reputation? I don’t understand.

Then Trump announced a study toward lifting the ban on drilling for hydrocarbons on Federal land.

It might be nice for some oil firms, but it risks blighting the landscape for the rest of us.

Then there is the gutting of environmental law. They increase the risk of algae blooms in places like Lake Erie, which can be deadly to human beings if they affect drinking water. He doesn’t care.

But really? Who profits from algal blooms?

They’re being self destructive in this White House, just as W. Bush was. And when the next economic crash comes, it won’t be the CEOs who most feel the pain.