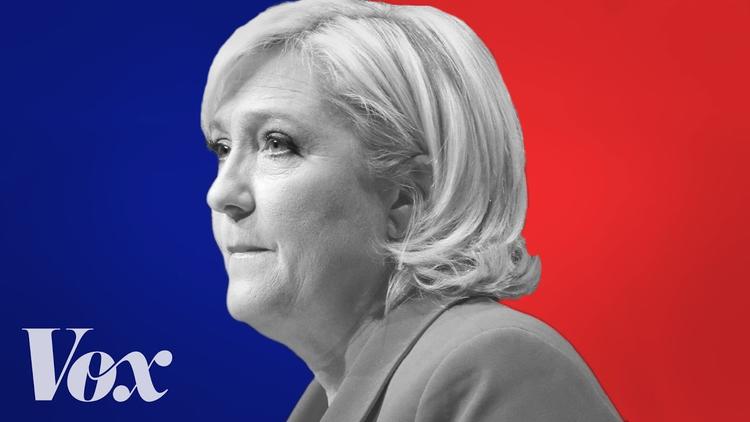 While she is highly unlikely to win the run-off presidential election on May 7 against the Bill Clinton of France, Emmanuel Macron, Marine Le Pen managed to come in second in the first round on Sunday. She came ahead of the leaders of both major French political parties, the Socialists and the Gaullists. It is a sad day for France, and for the world, that such a hateful person– a neo-Fascist— is in the running to be president.

Franklin Delano Roosevelt hated fascism and was determined to defeat it, even if it meant allying with Joe Stalin of the Soviet Union.

During World War II, Germany occupied northern France and installed a right wing puppet government in the south of the country at Vichy, led by Marshal Henri-Philippe Petain, the victor at Verdun in WW I.

Roosevelt despised the Vichy, and ultimately his troops defeated it. [Roosevelt was the one who pressed for an invasion of Vichy-held North Africa. US troops took heavy fire during Operation Torch in Algeria e.g. Some “82,600 of the invasion force was U.S. Army personnel. Ninety-six percent of the 1,469 casualties were American.” It was the remnants and children of people like those Vichy soldiers who fired on and killed American GIs who formed the National Front of Le Pen.]

Today we are presented with the spectacle of the American president, Donald J. Trump, praising the Neo-Fascist National Front candidate, Marine LePen. It would be like FDR cozying up to Marshal Petain.

Trump said, “Le Pen is “strongest on borders, and she’s the strongest on what’s been going on in France.”

We are living in an alternate universe not so different from Philip K. Dick’s “Man in a High Castle.” The Nazis won after all.

Le Pen’s platform includes denying French Jews the right to hold dual French-Israeli citizenship. The National Front has moderated the anti-Semitic rhetoric of its founder, but let’s face it, they don’t like Jews very much, and French Jews are alarmed by the outcome of the election. Le Pen recently denied the responsibility of France for the round-up of Jews in the 1940s, even though there is plenty of historical documentation for it.

Le Pen’s wounded national pride, the seed of her platform, drives her to seek negotiations with the EU over a referendum on membership. In any case, she says, France will “recover” four areas of “sovereignty”: monetary, legislative, territorial, economic.

Massive build-up of the police, disarming the slums. Building 40,000 new prison cells. Restore borders, keep out all but 10,000 immigrants a year. Breaking Muslim fundamentalist networks in order to eradicate terrorism.

She also has a re-industrialization plan that will depend, she says, on “Smart protectionism” and “Economic patriotism”.

She wants to leave the NATO command. Her war department budget will grow to 2% of GDP and 3% by the end of five years.

It is like she plagiarized from Trump. Or maybe it is the other way around and Steve Bannon, Trump’s Brain, has been studying far right European neo-Fascists as a blueprint for America.

It is a sad day when all those millions of American veterans who served in the European theater during WW II have their memory besmirched by the reemergence of fascism, in the White House and in French politics. How many Americans died to prevent a fascist take-over here and to end the Vichy in France itself.

Vox: “Marine Le Pen: France’s Trump is on the rise”