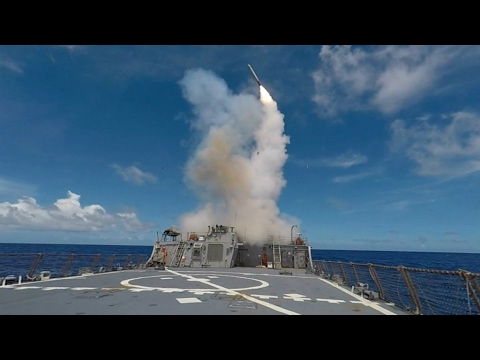 Russian President Vladimir Putin on Friday slammed the Trump administration for its strike on Syria, calling it “illegal” and based on faulty intelligence. The Russians reaffirmed that they will cease sharing their Syria flight information with the Americans.

The information sharing had been done to avoid US planes colliding with Russian ones. But now, the Kremlin is implying, they think it unwise to let the US know what the Russian Aerospace Forces are up to in Syria.

The Russian news organ Sputnik alleged Friday that Putin charged that “US attacks on Syria as an aggression against a sovereign state in violation of the norms of international law, and under a trumped-up pretext at that. . .”

Sputnik quotes Dmitry Peskov, Putin’s spokesman, as saying: “At the same time, in Putin’s opinion, total disregard for the use of chemical weapons by terrorists only drastically aggravates the situation.”

BBC Monitoring reported that Peskov castigated the US for the cruise missile strike on Shuayrat Air Base “as effectively helping Islamist militant groups active in Syria, including the so-called Islamic State and the al-Qaeda-linked Al-Nusra Front.”

Interfax quoted him, “We don’t actually know what Washington’s aims were when they decided to carry out these strikes. . . But what is unmistakable is the fact that the strikes were in effect carried out in the interests of Islamic State, the al-Nusra Front and other terrorist organisations. This is regrettable.”

He affirmed, in answer to a question, that the US had struck a Russian ally: “Since we are providing support to the Syrian armed forces in accordance with a request from the Syrian leadership, Syria is our ally.” He denied that there was any point in the US and Russia trading information about military aviation in Syria to avoid incidents between the two. He said that Putin had not plans to contact Trump about the missile strike.

Russia Today Arabic, a Moscow government mouthpiece, compared Trump to the Bushes, saying that he couldn’t find any other way to demonstrate his masculinity to his critics than to hit an obscure little airbase in Syria. This level of ridicule directed toward Trump is rare in the Russian press.

France 24, “US missile strikes on Syria: Russia condemns attack as a ‘violation of international law’