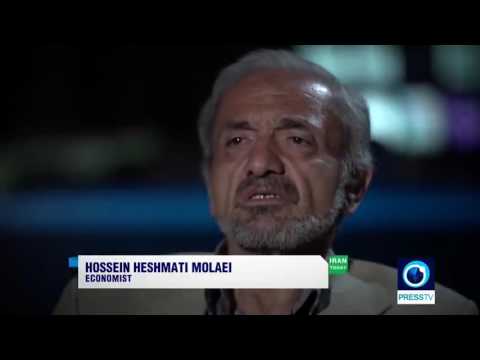 Iranian petroleum sales to its top four Asian customers rose nearly 60% year on year in March, and total exports have reached nearly 3 million barrels a day. Just four countries accounted for over 2/3s of the total exports– China, India, South Korea and Japan. South Korea and Japan in particular had been strong-armed by the Obama administration to cut oil purchases from Iran, in order to force Tehran to the bargaining table. But international sanctions were lifted in January of 2016, and Iran’s Asian trading partners seem just delighted to ramp up imports.

Although the Organization of Petroleum Exporting Countries (OPEC) has attempted to impose a reduction of exports on member states, so as to firm up weak oil prices, the organization exempted Iran so that it could try to recover the market share it lost under the Obama sanctions. Iran’s exports were reduced to as little as 1 mn barrels per day in the period of severe sanctions imposed by the Obama administration and its allies.

The French firm Total S.A. is also going ahead with plans to invest massively in Iran’s South Pars natural gas fields, and is waiting on the US Department of the Treasury to OK the deal. Total does not want to risk huge fines if the DoT later on decides that, e.g., the exploitation of the gas fields benefits groups sanctioned by the US, doing business with whom is risky.

As Iranian president Hassan Rouhani visited Moscow last week, Russian President Vladimir Putin said that Iran’s trade with Russia is up 70% in the past year. Putin pledged to build 20 nuclear power reactors for Iran, and to arrange for Russian natural gas companies to help exploit Iranian gas. Putin said last week, according to BBC monitoring, “the possibility of exporting Sukhoi Superjet 100 aircraft as well as aircraft for medical use is on the agenda.” Russia is also alleged to have sold to Iran the S-300 anti-aircraft defense system.

Despite substantial economic progress after international sanctions were lifted, Iran’s clerical Leader, Ali Khamenei, slammed the state of the economy and complained that Iran had gotten little from negotiating for the nuclear deal. It seems to me that Khamenei must be politicking in hopes of ending President Hassan Rouhani’s time in power. Rouhani is running for a second term, with the elections coming up in May. As a centrist who was willing to negotiate with the US directly, Rouhani has attracted the ire of hard liners–though he is himself a cleric. Khamenei may be playing politics, but it is the case that Iran’s middle classes suffered from sanctions, and are eager to see the economy roll along again. They now have to decide whether to stick with Rouhani, who has had some successes, or to head hard line voices and dump the president in favor of someone closer to the top clerical power elite.