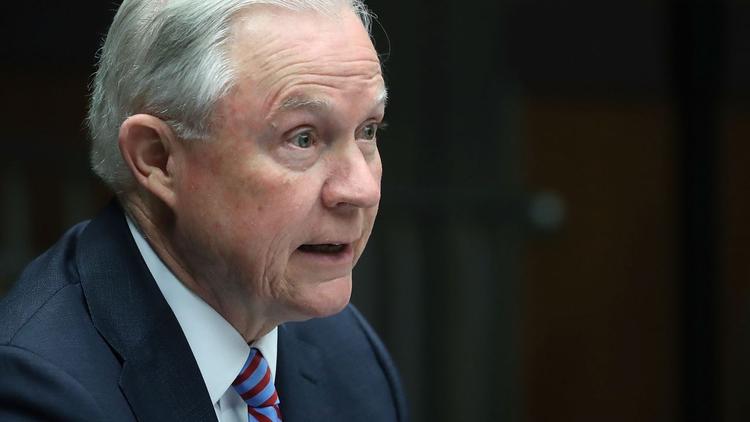 Attorney-General Jeff Sessions was caught on tape saying the following:

““We are confident that the President will prevail on appeal and particularly in the Supreme Court, if not the Ninth Circuit. So this is a huge matter. I really am amazed that a judge sitting on an island in the Pacific can issue an order that stops the President of the United States from what appears to be clearly his statutory and Constitutional power.”

Hawaii is the ultimate stumbling block for the white supremacist Trump administration. It is, along with California and New York, among the more ethnically diverse states in the country, with persons of Hawaiian islander, Japanese, Filipino, Chinese, and Latino heritage in the overwhelming majority. Persons of northern European heritage make up only about a quarter of the state’s 1.4 million people.

Sessions’ remark was un-American in several respects. He questioned, as Tricky Dick Nixon once did, the ability of the judiciary to overrule a president. And in the service of diminishing the judge in Honolulu who struck down Trump’s second Muslim ban, Sessions attempted to demote Hawaii from being a state to being a mere “island in the Pacific.” Is one reason Sessions wants to put down Hawaii that it has an Asian-American majority?

If people like Sessions didn’t want Hawaii as a state, all they had to do is not make an illegal coup against the sovereign royal family there in 1893.

Sessions spent his career in Alabama politics but left it decidedly less well off (despite how great Alabamans themselves are) than Hawaii. Let us just compare the two places a bit.

Alabama has, at 75.4, the lowest life expectancy in the country, unfortunately.

Not only that, but for those persons over 65, Hawaii has the highest life expectancy in the United States!

In Alabama, 68 percent of his voters do not have a higher degree. Over-all, 44.88% of Alabamans have some higher education. Alabama has the 2nd-worst record in the Union in funding education, with the expenditures down 17% since 1945. Just to make sure that nobody there can read and write, Sessions and his ilk have cut higher education funding 36% just since 2008.

In contrast, as the Hawaii state government notes,

People like Sessions have run Alabama into the ground, whereas Hawaii is among the best states in in the country on some measurements, and perhaps that is why Sessions is threatened by it.

Newsy: “Jeff Sessions on Hawaii: ‘Island in the Pacific'”