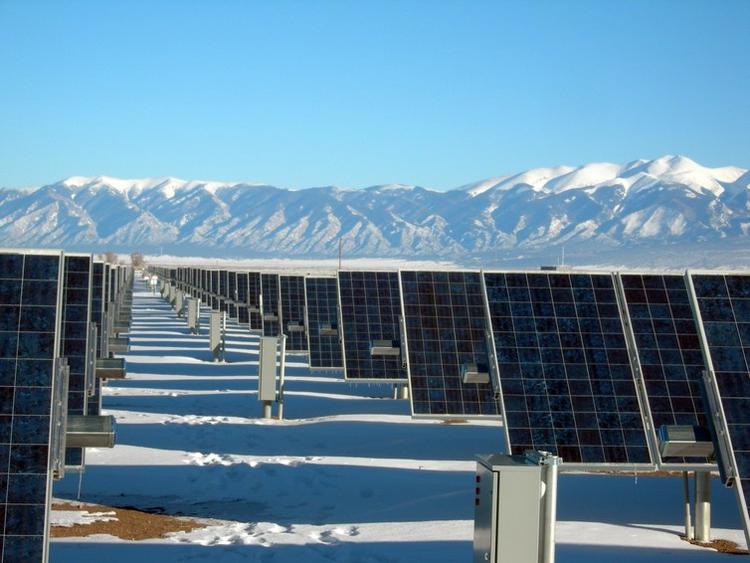 On Tuesday, March 28, President Trump traveled to the Environmental Protection Agency to sign an executive order rolling back a number of climate-related regulations that have taken effect over the past eight years. The president’s team claims this effort will help bring our nation closer to energy independence, and that it will begin the process of resuscitating a coal industry that has experienced serious decline in the past decade.

In reality, it will do neither. We do not import coal into the United States. There are no jobs coming back from overseas. Moreover, and somewhat ironically, the chief reason for the decline in the coal industry is not Obama-era regulations, but a rapidly changing energy market.

Any energy market analyst will tell you that advances in hydraulic fracturing and horizontal drilling have provided us with cheap, abundant, natural gas. Add to that declining price curves in wind and solar generation, and one begins to appreciate that a difficult road lies ahead for coal. These are markets that are growing with rapid technological innovation.

The shift is underway

The fact is that the Obama administration’s Clean Power Plan codified where the utility industry was already going. With publicly announced retirements, roughly 45 percent of the existing coal capacity in the western grid will be retired by 2030. According to utility integrated resource plans, by 2026, just shy of half of the total energy in the West will be generated from zero-emitting resources.

The 11 western states that my center had been convening around implementation of the Clean Power Plan are, collectively, in compliance with the plan’s 2026 targets under business as usual. Ironically, removing the Clean Power Plan just eliminates a potential for market-based emission trading that would lower costs to consumers and provide some states with a glide path to meet their targets.

This is not to say that the regulatory rollbacks in President Trump’s order will have no impact. The international community, which crafted the landmark Paris Accord, will not have the benefit of U.S. leadership on climate change. Other nations will fill that void – while reaping the economic rewards of serving a growing global market with low-carbon technologies. One of the most troubling long-term impacts of these actions will be a declining global view of America as a source of innovation and investment.

At home, should the Clean Power Plan expire, states that have been reticent to advance a clean energy agenda will no longer be required to plan for emissions reductions. The Clean Power Plan brought certainty to energy planning. If you talk to American utility executives and their investors, they crave certainty because it lowers the cost of capital and saves money for consumers. The executive order is a step away from stability in our energy markets and away from America’s leadership as an innovator developing the technologies that will serve a growing global market.

Attempts to roll back important environmental safeguards are being sold to the American people under the rubric of job creation. Let’s put this in the proper context: There were 65,971 jobs in coal mining nationwide in 2015. According to the Department of Energy, more than twice as many jobs – 133,000 – were created last year just in the energy efficiency industry. In 2016 the solar workforce grew by 25 percent to 374,000 and the wind workforce grew by 32 percent to 102,000. One in 50 new jobs in America is now in solar energy.

From 2007 to 2011, as Governor of Colorado, I signed 57 pieces of legislation intended to transition Colorado to a clean energy economy. After leaving office I founded the Center for the New Energy Economy at Colorado State University with the intention of working with governors, state legislators and utility regulators on clean and advanced energy policy. In our work at the center, my team and I have become confident that states, cities and private companies are taking the lead in the clean energy transition, even as the federal government flounders. Today 37 states, comprising two-thirds of the U.S. population, have renewable portfolio standards that require electric utilities to generate or purchase a percentage of their power from renewable energy.

Governors from both parties have led this transition. Seventeen governors have joined the Governors’ Accord for a New Energy Future, including the Republican Governors of Nevada, Iowa, Michigan, Massachusetts, New Hampshire and Vermont. In doing so, they have all committed to diversify their states’ energy generation with clean energy sources, modernizing energy infrastructure and encouraging clean transportation. In addition, 129 U.S. cities have signed the Compact of Mayors’ pledge to address climate change.

Thirty-three U.S.-based companies, the likes of Coca-Cola, GM, Goldman Sachs, HP, Johnson & Johnson and Nike, have committed to a goal of using 100 percent renewable energy as part of the RE100 Initiative. Some 50 U.S. companies will need to purchase 17 gigawatts of renewable energy by 2025 – enough to power the entire state of Colorado – in order to fulfill their existing corporate targets.

True leadership requires a vision that looks to new markets, new technologies and new solutions. Unfortunately, the president’s actions on Tuesday look backward toward a fading horizon, rather than forward toward a bright and promising future.