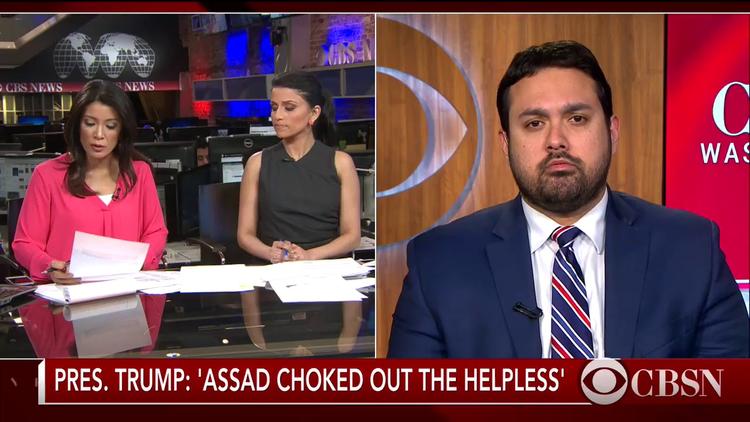 The Syrian Civil War has a domestic, a regional and an international dimension. Domestically, it has become a fight between some largely rural Sunni Arabs (though some are urban as in Ghouta), mostly now of a fundamentalist cast, on the one hand; and on the other the Baath regime of Bashar al-Assad and those groups that support him (most Allawis and Christians, some secular Sunni Arabs) or are neutral toward him (Kurds, Druze).

Regionally, Tunisia, Egypt, Iraq, Iran, Lebanon and Russia have lined up behind the al-Assad regime, while Turkey, Saudi Arabia and the Gulf Cooperation Council support the mostly fundamentalist Sunni Arab rebels. It is hard to tell exactly where the Israeli government of Binyamin Netanyahu stands. It appears to be mainly worried about increased capacity coming off the conflict for the Lebanese Hizbullah Shiite militia, and not to care a great deal which force rules Damascus.

It is therefore no surprise that Saudi Arabia and Turkey were among the first governments to praise President Trump’s Tomahawk missile strike on the small Khayrat air force base in Homs province.

In fact, Turkish President Tayyip Erdogan said in an interview on Turkey’s Channel 7 before the missile strikes that he appreciated Trump’s statement that it is impossible to turn a blind eye to the Syrian government’s use of chemical weapons, but that he needs to see actions, not just words. He said that if Trump swung into action, “the Turkish people are ready to fulfill their responsibility.”

Erdogan also said that he spoke to Russian President Vladimir Putin after the gas attack, and that Putin questioned whether Bashar al-Assad was really responsible. Erdogan said that if Putin still did not understand the situation after two days, “that pains us.” Russian media has been insisting that the gas was released at Khan Shikhoun when the Syrian Arab Air Force inadvertently struck an al-Qaeda sarin production workshop and released it. But The Guardian’s on-the-scene correspondent looked into the warehouse fingered by Russia and found nothing inside it.

Turkey and Saudi Arabia have been more or less defeated in Syria, with their clients among the fundamentalists, such as the Freemen of Syria (Ahrar al-Sham), having been defeated by the Syrian Arab Army, Hizbullah, Iraqi Shiite militias, and Russia air power. They therefore hope that Trump’s Tomahawk strike might change the situation on the ground. If the regime is demoralized and the fundamentalist rebels take heart, Turkey and Saudi Arabia hope, it is possible that al-Assad could yet be overthrown. Both see al-Assad as a puppet of Iran and as responsible for the mass murder of Sunni Arabs in Syria.

In contrast, the countries supporting al-Assad, some of whom hope for good relations with Trump, largely held their tongues. It may be that even they could not defend a sarin gas attack. It may be that they just don’t want to speak out against Trump. Egypt’s President Abdulfattah al-Sisi is likely in this column.

But the likelihood is that Trump’s cruise missile attack was a one-off action rather than the beginning of a full-scale campaign, and that while it may slightly demoralize the Syrian regime, it won’t significantly alter the forces on the field.

As for Iran, it strongly condemned Trump’s attack on the air base, saying that it will aid terrorism in Syria and will make the difficult Syrian situation even more complicated.