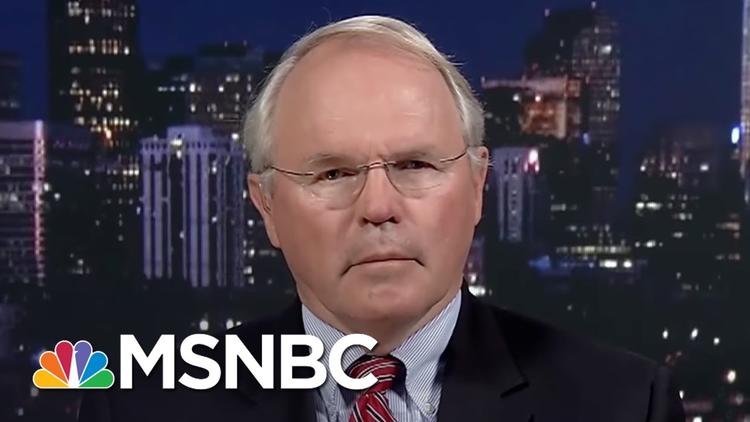 The use of chemical weapons by the Syrian Army in Idlib is an atrocity and the pictures of dead children tug at the heart. But the outrage of American politicians inside the beltway about it draws on the myths of American exceptionalism and Alzheimer’s of the political memory. It is also very suspicious in that the loudest voices of sympathy are the ones closest to the US military industrial complex, which has been regretting the missed opportunity of a Syria War.

If Trump and his circle are so tenderhearted, why did they propose, on taking office, permanently banning Syrian refugees from the United States? If it weren’t for some feisty Federal court judges, the Syrian refugee ban would be in effect. How sympathetic can you be if you don’t even want to give children asylum from these heinous atrocities?

Then, why is how children are killed in war more important than that they are killed? The most conservative estimate for deaths in the Syrian Civil War is some 300,000, and you figure that although many of those are fighting men, some large proportion (33%?) are innocent noncombatants, including tens of thousands of children. Rebel groups have also killed tens of thousands of people, including innocent civilians, though the regime has been more deadly because better-armed. Why was it all right for the regime to use indiscriminate bombing and barrel bombs on civilian neighborhoods, but if they kill some 80 people with gas all of a sudden the Beltway Bandits want to Send in Trump?

And by the way, all the time the US was occupying Iraq, 2003-2011, it was intensively bombing civilian neighborhoods to get at Iraqi militias. It certainly killed thousands of innocent civilians this way, including children. I can remember just one Saturday afternoon in 2004, the US bombed Amara over and over again to get at the Shiite Mahdi Army militia. The Agence France Presse had a stringer on the ground who reported 84 deaths. They weren’t all combatants. The US media refused to run the AFP report.

All this isn’t new. The US has long had a doctrine that it is all right to inflict large civilian casualties with the aim of limited troop casualties. The United States used nuclear weapons on Hiroshima and Nagasaki, after which there were thousands and thousands of dead children. Some were carbonized so quickly that nothing was left of them but shadows on the wall. Little children. The US security elite has never apologized for this war crime and continues to menace other nations with this kind of indiscriminate and unspeakable violence every time it announces that “all options are on the table.”

As for chemical weapons, the US has studiedly avoided signing unreservedly the 1925 Geneva Protocol banning chemical weapons use. (It says it will use chem if others do, which means it could use chem in Syria now).

The Reagan administration shamefully ran interference for six years as Saddam Hussein of Iraq systematically deployed chemical weapons against Iranian troops at the front. Everyone knew this was going on. After then Searle CEO Donald Rumsfeld went to Baghdad in 1983 and famously shook Saddam’s hand, George Schultz’s State Department complained about Saddam’s chem, provoking angry puzzlement in Baghdad. Did Reagan want a new ally against Khomeini’s Iran, or not? Reagan had State back down. And, indeed, when Iran appealed to the United Nations Security Council to condemn what Iraq was doing, the Reagan administration maneuvered at the UN to make sure that Iran’s case was not taken up.

I saw an Iranian survivor interviewed. He said he wished he had been killed instead. His lungs had been permanently scarred by mustard gas, and every breath he took was pure torture. Imagine how many breaths a person draws every day.

Emboldened by Reagan’s running cover for him at the UN, Saddam went on to have his relative “Chemical Ali” al-Tikriti use sarin gas on the Kurdish town of Halabja. Again, lots of little children were among the thousands dead. Some were walking to school and their little hands were still grasping lunch pails. George H. W. Bush was vice president and must have been in the loop. His son, W., later invaded Iraq and gave as one of his pretexts that Saddam had used ‘weapons of mass destruction’ on ‘his own people.’

Iraq used chemical weapons for the same reason that the Syrian army does. They are deployed to level the playing field in the face of superior manpower on the other side. Saddam Hussein had a country of 16 million and invaded a country of some 40 million. US military doctrine of the time was you should only invade at a ratio of 3 to 1. So Saddam would have needed a country of 120 million to invade Iran. Needless to say, he lost the war very badly after an initial lightning invasion, since Iran could always over time raise a much bigger army than Saddam could. Hence the use of mustard gas and sarin gas on Iranian troops at the front.

Some Syrian military units have a chem team in case they face being overwhelmed by a more numerous enemy. The Syrian army was 300,000 before the war. It is at most 50,000 now. That number is not sufficient to control the whole country, though with the help of the Lebanese Hizbullah and Iraqi militias and some Afghans dragooned by the Iranian Revolutionary Guards Corps, plus vigorous Russian air support, they have been able to fight off the rebels and to take most urban areas. The small number of troops means that when they fight in a rebel-held territory like Idlib Province, they are tempted to deploy chemical weapons to offset their small numbers.

But it is indiscriminate fire and reckless disregard for innocent life that is the war crime here, and indeed a repeated pattern of war crimes is considered a crime against humanity.

By the way, Russian bombing has often been indiscriminate, but somehow Moscow has skated on war crimes accusations growing out of its heavy-handed role in Syria.

As for those decrying Obama inaction they need to, like, read the news sometime. For the past several years the US has intervened in Syria in two ways. President Obama used the Saudis to deliver money and weaponry to some 40 “vetted” groups supported by the Central Intelligence Agency, which is certified as having no ties to al-Qaeda or international extremism. Except that several of these groups have in fact formed battlefield alliances with al-Qaeda in Syria (was Jabhat al-Nusra, now Jabhat Fateh Sham or the Syrian Conquest Front).

Why in the world the US government should have backed groups like the Saudi favorite Army of Islam, which wanted to oppress or kill non-Sunnis baffles me. The rebel groups committed their own massacres of civilians.

The other US intervention has been thousands of bombing raids against Daesh (ISIS, ISIL) in Raqqa and Deir al-Zor in Syria’s far east.

Neither of these interventions has been effective to date, and both certainly have raised the death toll in the Civil War, including the civilian death toll.

Trump can’t stop Syria from using poison gas by bombing Damascus. Since he’s such a good buddy of Russian president Vladimir Putin, maybe he could pressure Putin to have Bashar al-Assad cut it out.

But that somehow the Syria situation can be made better if only Donald J. Trump would stick his fingers into it is a wildly implausible premise.