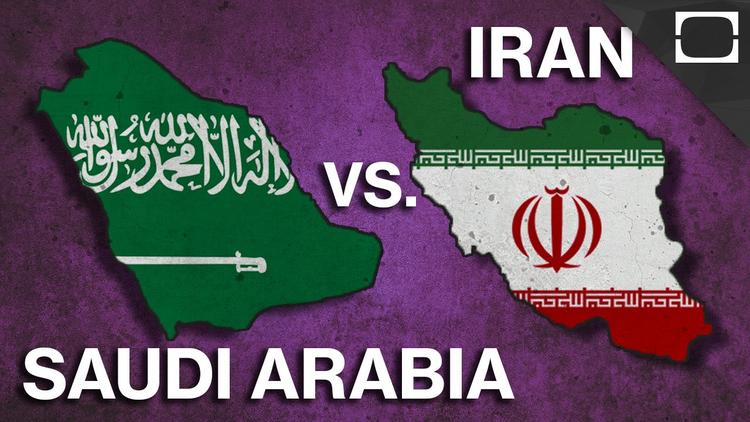 Relations across the Persian Gulf are deteriorating fast. Iran and Saudi Arabia are once again at daggers drawn and sounding highly menacing to each other. The last time they were on the verge of a showdown, which they eventually averted, was in early 2016 following the execution of Sheikh Nimr al-Nimr, a populist Saudi Shi’a cleric and political activist. Al-Nimr’s execution triggered the sacking of Saudi embassy in Tehran and Riyadh’s breaking off diplomatic ties with Iran. The latest round of war of words, sparked by Saudi Deputy Crown Prince and Defense Minister Mohammed bin Salman, points to worsening hostility between the two countries – a situation fraught with the dangers of war.

Prince Mohammed bin Salman, in a widely circulated interview on May 3 last, accused Iran of harboring “an extremist ideology” and signaled a policy shift from the kingdom’s rivalry with Iran, so long played out by proxy forces in Iraq, Syria and Yemen, to a war to be fought on Iranian soil. He said Saudi Arabia is “a primary target for the Iranian regime” and declared: “We won’t wait for the battle to be in Saudi Arabia. We’ll work so that the battle is for them in Iran”. The bellicose words from the prince predictably provoked a harsher response from Iran. Iranian Defense Minister Hossein Dehqan, in an interview with Lebanon’s Arabic language Al-Manar TV, hit back at Riyadh and warned: “If the Saudis do anything ignorant, we will leave no area untouched except Mecca and Medina”.

But, what explains the new round of bellicosity between Iran and Saudi Arabia, the Middle East’s traditional archrivals? There seems to be a new sense of empowerment in Riyadh pushing the Saudi royals to go for an all-out confrontation with Iran. So long, since at least the outbreak of the Arab Spring in 2011, Iran was having an upper hand in the region’s web of complex politics. Tehran was successfully leading the anti-ISIL fight in Iraq by mobilizing the Shi’a militias, defending the Bashar Al-Assad government in Syria against major regional and international odds, and supporting the Houthi fighters in Yemen, though at a minimum level. The Iranians also succeeded in clinching a historic nuclear deal with the Obama administration in July 2015, defying strong opposition from the Saudis and the Israelis. The Saudis are now banking on the new Trump administration to reverse Iran’s hard won strategic gains.

That President Trump is staunchly anti-Iran was well received in Riyadh. During presidential election campaign, Trump repeatedly criticized the

Influential foreign and defense policy officials in the Trump administration – Secretary of State Rex Tillerson, Defense Secretary James Mattis and US ambassador to the UN Nicki Haley are wedded to the neocon foreign policy visions and probably unable to think out of the box. They highly value alliances with Israel and Saudi Arabia to browbeat Iran. Tillerson’s interview with the NBC news, about the purpose of President Trump’s upcoming visit to the Middle East, frankly admitted that. He said: “I think there is broad view and broad consensus among all in the region, all Arab nations, among Israel, and among others of Iran’s destabilizing activities in the region”. Hardly are they concerned about Israeli violations of Palestinian rights and illegal settlements expansion or financial and military aid to the jihadist groups in Iraq and Syria – the primary sources of violence in the Middle East region.

What motivates the Saudis to curry favor with the Trump administration is its neocon thrust, with an avowed anti-Iran posture. They were fed up with the Obama administration’s pro-Iran stance that culminated in the landmark nuclear deal. On top of that, they were furious with President Obama’s description of Saudi Arabia as a “free rider” and his suggestion to share the Middle East region with Iran. In contrast, what President Trump says about Iran is music to their ears. The neocon drive in Trump’s foreign policy is particularly appreciated by the young generation of Saudi royals – the Crown Prince and Interior Minister Prince Mohammed bin Nayyef, and Prince Mohammed bin Salman. These youthful leaders favor a confrontational approach with Iran on the ground of sectarian hostility. What is more, their open animosity toward Iran is supported by the otherwise anti-royal family Islamist group – the al-Sahwa (awakening) movement. The al-Sahwa leaders generally buy the Saudi nationalist narrative that the kingdom is the defender of all Sunnis in the Middle East; so they broadly support Saudi war on the Shi’a Houthis in Yemen and aid to Islamist groups in Syria to contain Shi’a Iran’s expanding sphere. The radical Islamist fighters under the ISIL banner, many of whom are Saudi citizens and nationals from other Gulf Arab states, also see Shi’a majority Iran as a serious threat and are committed to destroy it.

Saudi domestic consensus on the Iran threat coupled with President Trump’s impending visit to Saudi Arabia has created a worrisome situation in Iran. The visit is preceded by renewed US military buildup along the Iraq – Syria borders in the name of tightening up the nose on ISIL and reinforcements in Afghanistan to check the resurgent Taliban. Once their common enemy – the ISIL is eliminated, the possibility that Iran and the US might engage in skirmishes cannot be totally ruled out. The US may also use its troops and allies on the Iraq – Syria borders to deny Iran the use of Syria as strategic supply lines to refurbish Hezbollah, a realistic option to neutralize anti-Israel threats looming large from Lebanon.

Adding more to Iranian concerns, the Saudis have invited seventeen Arab leaders for a summit with President Trump to solidify a common anti-Iran platform. Defense Minister Hossein Dehqan has issued a stern warning that the Saudis, the Israeli Zionists and the Trump administration are hatching up a “devilish plot” to create an “Arab NATO” to invite wars and bloodshed to the region. If an “Arab NATO” really emerges out of the Arab – Trump summit, it may push the Middle East one step closer to a region-wide war.

Detractors might argue that an Iran – Saudi war is not so imminent, especially in the absence of serious conflicts, territorial or resource sharing, between the two countries. But neither the Saudis nor the Trump administration seem patient enough to digest Iran’s growing influence in Iraq, Syria and Yemen. Israel and the Trump administration also find the presence of Iranian military advisors and Hezbollah troops along the Syria – Israel borders particularly threatening to Israeli security. This is what makes Iran a common enemy of all three parties – Saudi Arabia, the US and Israel. Their joint military action against Iran is a possibility. Yet, Iran’s missile capabilities, guaranteed retaliations and the presence of its fighters and allies all around, not to speak of its alliance relationship with Russia, are effective disincentives against such joint military actions. Still, no conventional deterrent is effective enough to stop adversaries from engaging in a conventional war, especially when a particular adversary is encouraged by outsiders to attack the opposite party.

Now This: ” Why Do Saudi Arabia And Iran Hate Each Other?”