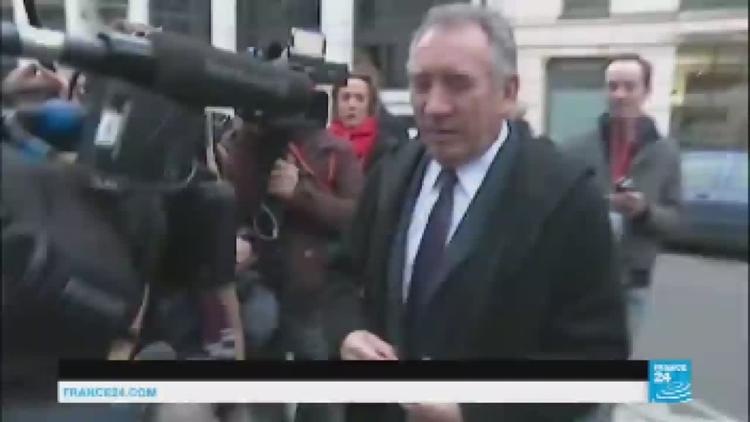 While fighting against the Islamic State group drags on in Mosul, tribal and military forces in Anbar are preparing for what will likely be the final battle against the extremists. But this fight will take many months.

Many Iraqis and international observers are continuing to watch the fighting in Mosul, where pro-government forces are slowly driving out the last vestiges of the extremist group known as the Islamic State. But even as this happens and the troops continue their painstaking and expensive advance toward victory, the extremists are re-grouping elsewhere in Iraq.

It seems that all those involved are coming to the conclusion that, in order to truly expel the extremist Islamic State, or IS, group from Iraq, the final campaign must take place in the deserts of Anbar province, around the borders of Iraq and Syria.

“Ending the IS group in Mosul will make the extremist group sick,” a senior Iraqi army officer told NIQASH, speaking on condition of anonymity because he was not authorised to talk to media. “But ending the organisation in Anbar will kill them. That is why fighting in Anbar will be the next main campaign in Iraq and also the most dangerous yet. It is different there because the battle will take place around international borders.”

A plan for this is already taking shape, the officer noted.

“The plan includes the mobilization of large numbers of pro-government forces from both the Iraqi army and from the anti-terrorism corps, that are currently in Mosul, as well as tribal brigades, along with US forces to provide air and artillery support,” he added.

It has been clear for some time already that fighters from the brutal extremist group are regrouping in this area. The fighters are obviously trying to destabilize the cities in the area. There have been a number of extremist attacks in Rutba, Haditha and Ramadi over the past week or so.

After months of stability and relative security, a car bomb exploded in Haditha, killing at least five people. Extremists also attacked border guards on the road between Iraq and Jordan near Rutba and some got as far as the outskirts of Ramadi where they tried to destroy the homes of locals who are in the military or members of tribal militias.

The aim of these attacks is to try and terrorize the people in Anbar, and make them frightened that the IS group is returning to their areas, Rajeh al-Issawi, a local politician and member of Anbar’s provincial security committee, told NIQASH.

“We expected these recent terrorist attacks because the IS group can move freely across the desert and easily threaten the outskirts of cities like Ramadi and Rutba, which they no longer control,” al-Issawi says.

Al-Issawi was also critical of the Iraqi government, saying that instead of heading to Mosul they should have cleaned up the rest of Anbar beforehand.

This has meant that for the first time in the months since extremists were pushed out of the major cities in Anbar, the Iraqi government has been forced to send reinforcements to the province. Although the IS group were pushed out of major cities, smaller towns and cities like Qaem, Ana and Rawa, near the Syrian border, were left because the Iraqi government decided that it needed to push the fight onto Mosul before tackling these places.

That desert border area – which the IS group describes as its Euphrates wilayat, or province – stretches from Qaem down to the Syrian border town of Albu Kamal. The area is vast and will make for a dangerous battlefield, in a fight that could last for many months. That is why, analysts say, the government has chosen to leave it for last.

The senior military officer says the campaign will begin with forces clearing the desert areas of Anbar, starting from the Jazeera area and the Rutba area, that borders with Saudi Arabia and Jordan. They will try to push the extremists to escape toward the borders.

Then forces would fight in Ana and Rawa before a final and more difficult battle in Qaem. The extremists who flee over the borders should then be chased by Syrian military, according to an apparent agreement with that country’s government.

This agreement with the Syrian government, headed by Bashar al-Assad, appears to complement one between the two governments last month that allowed each country’s air force to make strikes just over the other’s border, in pursuit of IS fighters.

No matter what happens, the campaign to remove the IS group and allies from Anbar is going to be exceedingly difficult. Anbar is one of Iraq’s largest provinces, around 138,500 square kilometres, and makes up about a third of the whole country. Much of it is isolated desert and there are huge distances between the province’s cities, connected by a limited network of roads. For example, the armed forces in Ramadi are 300 kilometres away from Rutba and 130 kilometres away from Qaem – a long distance, on often-single lane highways, deep into the Iraqi desert.

This allows the extremists to launch attacks on troops as they move slowly through the landscape, something that was not a problem in places like Mosul, Ramadi or Fallujah.

The biggest problem though is what happens to the extremist fighters once they are pushed toward the border of Iraq and Syria.

Retired Iraqi major general, Abdul Karim Khalaf, a military analyst and former government spokesperson, told NIQASH that the Syrian military are not ready to cooperate on this job. “The Iraqi forces are ready to clean out the valleys and plains of the Anbar desert that have become safe havens for the extremists,” Khalaf told NIQASH. “But the Syrian side is not.”

Fighting on the long borders, stretching around 600 kilometres, between Iraq and Syria would be useless if there is no plan to control the extremist fighters as they cross them. If there’s no way to stop them, the Iraqi security forces will simply continue to be attacked as the extremists make forays back and forth across the borders, Khalaf argues. This happened recently on the border of Jordan, he says.

There had been attempts to try and clean up the borders in this area recently. But this has proved difficult and there has been a recognition that a lot of manpower will be needed to make a success of this kind of operation.

At the same time, the IS group too realizes the strategic significant of this area. Thousands of fighters who escaped from other areas the extremist group used to control, such as Mosul, Salahaddin and others parts of Anbar, are stationed here now. Analysts say that this is also where the IS group has established factories for manufacturing improvised explosive devices and other bombs and it is now where it receives volunteer fighters.

Ahmad al-Mahlawi is a tribal leader from the Qaem district currently living in Haditha where he leads a brigade of tribal fighters supported by the Iraqi government and US forces; his group work from out of the Ain al-Asad military base In Anbar.

“The extremists have started to plant mines in the desert, between Qaem and Albu Kamal and they are preparing hiding places along that road too, so that they can stop the Iraqi army when it launches the attack on them that everybody expects,” al-Mahlawi says. “They are going to fight very, very hard here,” he notes. “They know that this – not in Mosul or Raqqa – is where they are going to end.”