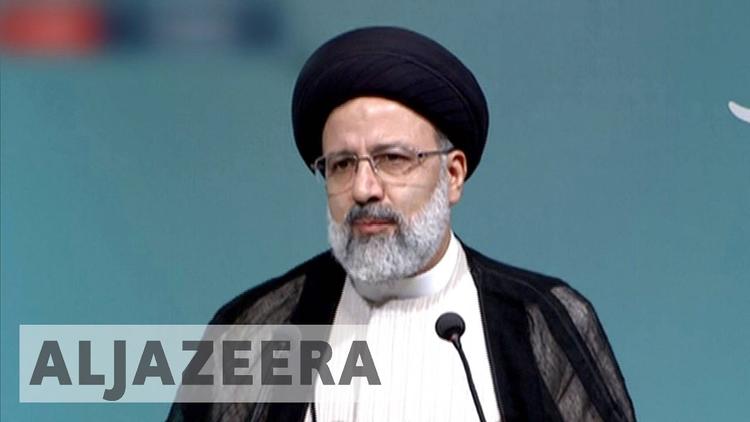 Markets breathed a collective sigh of relief after Emmanuel Macron won the French presidency. But there’s another vote this month that’s just as consequential yet has received far less attention: Iran’s May 19 presidential election.

If the incumbent moderate Hassan Rouhani doesn’t win a second term, one of his conservative challengers would likely take his place. This could complicate increasingly tense relations with the U.S. and put the success of the nuclear agreement at risk.

Rouhani’s fate, however, may rest on Iranians’ perceptions of the economy – the second-largest in the region – and whether it has improved since his government signed the nuclear accord with the West in January 2016. His conservative opponents are portraying a bleak economic picture, which has resonated with many voters.

What Iranians ultimately decide could have significant regional and international consequences. For those of you who haven’t been following this election, here’s a primer and some insights based on my decades studying Iran’s economic and political scene.

Conservative newspapers and TV have been full of personal stories of economic suffering and complaints from ordinary Iranians about poverty and corruption. A recent mining tragedy in northern Iran that killed more than 50 minors gave workers an opportunity to openly complain to Rouhani during his visit about their low incomes and how the government has neglected their desperate conditions.

That economic issues are taking center stage was evident last month in the first presidential debate, which was supposed to focus on domestic social and cultural issues.

Yet the four conservatives on stage linked most of Iran’s social ills such as low rates of marriage and growing rates of opiate addiction to poverty and high unemployment rates, which they blamed on Rouhani’s economic policies and failure to cash in on the nuclear deal.

For his part, Rouhani was seen as doing a poor job defending his policies or rebutting his rivals’ harsh criticism.

The latest independent opinion polls, carried out in December 2016 and April, suggest the conservative message is working. Despite the lifting of international sanctions, most Iranians say they do not feel any significant improvement in economic or financial terms.

When asked about the country’s general economic conditions, for example, the percentage of respondents who replied “very” or “somewhat good” declined from 49 percent when sanctions were lifted in January 2016 to 34 percent. In contrast, the share who said “somewhat” or “very bad” rose from 49 percent to 64 percent.

The surveys also showed that Iranians are growing less optimistic about the positive benefits of the nuclear agreement for the economy or that it’ll lead to a reduction of the United States’ unilateral sanctions, which are separate from those tied to Iran’s nuclear program.

The reality, however, is somewhat better than this pessimistic outlook would suggest.

The most recent economic data show that the volume of crude oil and natural gas production, which accounts for one quarter of Iran’s economy, increased by at least 65 percent from last March to December thanks to the lifting of sanctions. And the removal of financial, insurance and trade sanctions allowed Iran to expand its non-oil exports and imports.

While these most recent economic growth rates point in a positive direction, it might be a while before these developments can lead to visible improvement in people’s standards of living and change Iranians’ perceptions.

The slow pace of economic recovery is partly because Rouhani and his economic team adopted a policy of gradual and long-term economic recovery, which avoided massive borrowing from the central bank and large budget deficits.

As a result, real incomes of many segments of the economy remain weak, and the housing and construction sector, which is a major source of employment opportunities, remains in recession.

Another problem for Rouhani is that his focus on engagement with the global economy in hopes of attracting foreign investment and expanding trade opportunities has produced only mixed results.

While the Iran Chamber of Commerce reported that the country attracted US$13 billion in foreign investment last year, compared with just $3 billion in 2015, other independent sources put the amount at more like $3.6 billion.

Part of the problem is that tensions with the U.S. have intensified in recent months, particularly since Donald Trump became president. As a result, major European and Asian investors have stayed away on concerns that they might face financial punishment by the U.S. government for dealing with Iran.

Foreign investors, particularly from Europe, are also deterred by a number of domestic political risks inside Iran. They fear that at some point they might be expelled, as some foreign investors have been in the past.

What’s not being discussed

One of the most substantial factors affecting Iran’s economy can’t even be discussed by the candidates, let alone changed by the president: the high cost of its military and security operations in Iraq and Syria.

Large numbers of Iranian armed forces are present in both countries, and Iran also provides military and financial support to the government of Syria and the Lebanese Shia organization Hezbollah. These campaigns are costing Iran billions of dollars every year. While no exact cost data are available, conservative estimates are at least $6 billion per year on Syria alone.

Furthermore, President Rouhani has limited influence over these key parameters of Iran’s foreign policy, even though they have very significant consequences for the country’s economy – and his reelection chances.

And Supreme Leader Ayatollah Khamenei’s continued emphasis on a resistance economy – intended to make Iran more self-reliant and less vulnerable to “foreign adversaries” – has constrained Rouhani’s ability to reduce the growing economic activities of the powerful Revolutionary Guards. This focus on limiting the economy’s dependence on foreigners has led to strong opposition to Rouhani’s trade and investment negotiations by some political figures and the conservative media.

Despite the fact that whoever wins will have limited power to influence Iran’s foreign policy, the election’s outcome will have a significant impact on Iran’s economic and diplomatic relations with the global community.

President Rouhani has not only advocated global engagement but also favors closer ties with Western nations and a more moderate policy in the Middle East. In contrast, the conservative candidates who oppose Rouhani are likely to implement Khamenei’s foreign policy vision, which favors closer economic and diplomatic ties with Russia and less interdependence with Western Europe.

None of the potential winners seems likely to dismantle the nuclear deal, but a more aggressive approach by a conservative Iranian president, coupled with a very skeptical American administration, could make it harder to preserve.

The calculation Iranian voters will be making as they go to the polls is simpler, however: Which candidate will make their lives materially better? The answer will be far-reaching.