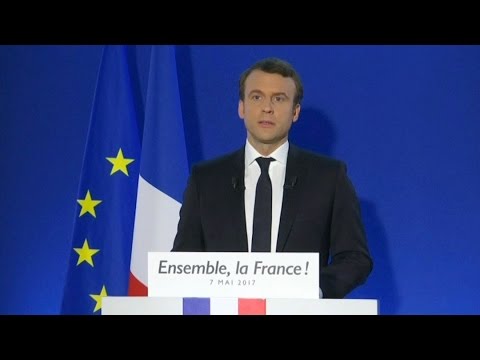 Now that Emmanuel Macron is president of France, it is worthwhile asking what sort of foreign policy he would be likely to pursue. The French presidential system is more centralized than the American. I once did some consulting at the Quai D’Orsay, the French Foreign Ministry, when there was a new foreign minister. I asked my colleagues if his installation might lead to any change of policy. They were surprised. “No, they said. It is set by the president.”

Macron favors continued French intervention in West Africa and Mali in order to “eradicate the threat at its origin.” He is referring to al-Qaeda in the Maghreb (AQIM), which has attacked targets in Algeria and which tried to take over Mali before the French intervention. He said he hoped to strengthen international cooperation with countries threatened by terrorism, such as Tunisia, Turkey, and some African countries. This policy is a continuation of Francois Hollande’s war on terrorism, and seems likely to lend itself well enough to cooperation with the United States under President Trump.

Laure Cometti argues that Macron had for most of the campaign stressed a diplomatic solution for Syria and did not insist on the departure of President Bashar al-Assad as a prerequisite for these negotiations.

After the April 4 poison gas attack, which French intelligence blames on the Syrian regime, his tone changed. Macron then said that al-Assad would have to “answer for his crimes before international tribunals.” His priority, however, remained the eradication of ISIL (ISIS, Daesh). Thereafter, he says, a “diplomatic and political route” would have to be paved that “will permit an exit from the crisis in Syria.”

In a way, Macron’s policy stance on Syria followed a similar path to that of Trump himself. Neither began with a particular emphasis on removing al-Assad and both wanted to wipe out ISIL.

After Trump bombed the Syrian air base at Shuayrat with Tomahawk cruise missiles, some candidates in the French race were alarmed. Pro-Putin Neofascist Marine Le Pen said she was “astonished” at Trump’s action. Conservative Francois Fillon expressed deep concern at the prospect of a confrontation between the West and the Russian Federation. Macron called for coordinated international action via the United Nations and reprisals against the al-Assad regime, the “enemy” of the Syrian people. He said, “We have an enemy–Daesh [ISIL] and the collectivity of jihadist movements. The Syrian people have an enemy: Bashar al-Assad.” Elsewhere he said he wanted to see the regime’s chemical weapons capacity “neutralized,” whether via the UN or outside it.

France is conducting bombing raids alongside the United States and its coalition on Raqqa, Syria, the headquarters of ISIL, from which the devastating November 2015 attack on Paris was plotted out.

But Macron seems shy of further foreign military engagements. He said, “France will not engage in new foreign military operations, except in case of legitimate self-defense . . .” His emphasis is on diplomacy, aside from France’s three military theaters in Mali, Iraq and Syria, the latter two being pursued from the air.

As for Syria, Macron may as well have said nothing at all. Why does he keep talking about the United Nations? The Russian and Chinese veto ensure that the UN cannot be deployed effectively to intervene in the Syrian war. There is a role for diplomacy, but it seems a little unlikely that Macron can move Moscow on its protection of al-Assad. (He says he is not one of those “fascinated” by Vladimir Putin and it is not clear he will have much influence in Moscow). Nor does he seem to have an original idea for taking on ISIL, except for continuing to bomb it in Iraq and Syria alongside the US. Bombing a guerrilla group is fairly useless except if one is giving air support to an advancing ground force.

On the other hand, his position seems broadly similar to the current one in Washington (to the extent one can discern what that is).