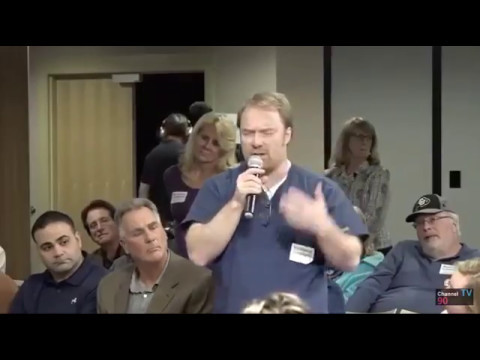 I know it is sort of gauche to politicize Mother’s Day. But then politicians politicize family values all the time. And besides, the Republican Party is being mean to moms, and today is when they should be called out for it.

To GOP Rep Tom MacArthur – “You have been the single greatest threat to my family.”

Trumpcare doesn’t specify that rape be treated as a pre-existing condition. It just allows insurers to seek a waiver (from Tom Price who will give it) allowing them to charge a lot more for such conditions. Insurers have been known to want to avoid covering medicine for STDs incurred or possibly incurred as a result of rape. You never like to think about a mom being raped, but it happens. And then to have certain complications of that dreadful, horrid experience not be covered by her insurance?

Under Trumpcare, insurers would not have to cover maternity care!

Just that point alone would justify the title of this column. That is mean to mothers. Big time.

A lot of women get affordable health care via Planned Parenthood (it does lots of things besides family planning). Trumpcare forbids Medicaid money from going to PP for one year.

Insurance companies in the US before Obamacare considered the male body the default. In essence, being a woman was treated as a pre-existing condition, as Janel George pointed out to VICE. Obamacare put an end to that practice. The fat, balding, greying plutocratic men of the GOP are bringing it back.

Happy Mother’s Day, everyone. Except to GOP congressmen, who obviously don’t know what the phrase means.