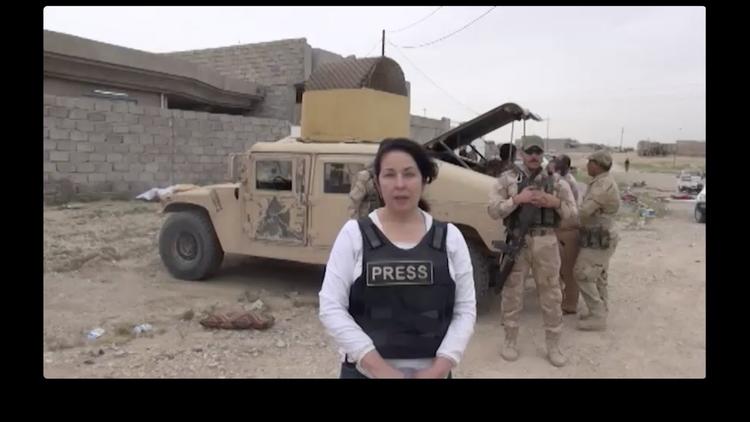 “Iraq’s Sunni Muslims desperately need their politicians to present a united front and act in their interests. But the politicians cannot agree on a vision for the post-Islamic State future.”

Last Sunday, Iraqi parliamentarians voted to ban their colleagues from participating in conferences held outside the country, if the politicians had not received prior approval from the appropriate parliamentary authorities. It is yet another sign of the deepening divisions within the Sunni Muslim bloc in Baghdad – and it comes as a result of the increasing competition between Sunni politicians trying to work out how to rule over Sunni-Muslim-majority provinces that were, until relatively recently, under the control of the extremist Islamic State group.

The resolution was mooted after a controversy about two conferences inviting Sunni Muslim politicians to discuss the future, were held outside the country, one in Geneva, Switzerland, in February this year and one in Ankara, Turkey, in March. Both conferences were supposed to help bring Sunni Muslim politicians closer together in the interests of reconciliation after the Islamic State, an extremist group that bases its ideology on Sunni Islam, was driven out of Iraq.

Al-Maliki’s divide and conquer policies meant he was able to present those Sunnis as representatives of all of Iraq’s Sunnis to the international community.

Unfortunately, the controversy over the conferences appears to unintentionally had the opposite effect. This is clear from ongoing accusations and insults being traded by the Sunni politicians, who say their opponents are trying to divide the country.

The fact that the extremist Islamic State has caused these kinds of divisions is not unexpected; infighting has also had an impact on the Shiite Muslim and Kurdish political alliances. But the scrapping appears to have affected the Sunni Muslim politicians worst, although maybe this is also not surprising. After all, it is the people they represent who have been hardest hit by the brutal extremists.

The different Sunni political groups compete with one another for power and influence and act more like enemies than allies. For example, the party led by Salim al-Jibouri, the Speaker of the Iraqi Parliament, competes with Osama al-Nujaifi’s party for influence in Ninawa and its capital, Mosul. Other Sunni Muslim parties joust for influence in Anbar and Salahaddin.

Other senior Sunni politicians include Saleh al-Mutlaq, Jamal al- Karbouli and Ayad Allawi; all three lead their own political parties.

Al-Jibouri heads a fairly broad Sunni alliance that partially derives its strength in Parliament from its closer relationship with the Shiite Muslim politicians, who make up a majority in Baghdad. Al-Jibouri has chosen to fly his colours alongside former Iraqi prime minister, Nouri al-Maliki, and this often brings him into conflict with other Sunnis.

Another Sunni Muslim grouping includes Osama al-Nujaifi, who often works with a Sunni businessperson, Khamis Khanjar; the latter used to act mainly behind the scenes but he is now playing a more public role in Iraqi politics. Closely behind these two figures comes al-Mutlaq, a secular Sunni Muslim who heads another coalition of Sunni MPs.

The third group of Sunni Muslim politicians is made up of the MPs who have walked out of their original Sunni alliances and declared their allegiance to Shiite Muslim forces. The biggest names among them are Ahmad Abdullah al-Jibouri, Abdul Rahman al-Luwaizi and Sadoun al-Dulaimi.

There are also others that have joined this third movement and they include a number of clerics and religious institutions, all of which are seeking to compete in the next Iraqi elections.

What this third group have in common is a closeness to the country’s Shiite Muslim parties. This has come about partially as the result of former prime minister al-Maliki’s policies, which aimed at dividing and conquering the Sunni Muslim politicians in Baghdad. The policies appealed to the weaker Sunni MPs, brought them closer to al-Maliki’s government when he was in power and allowed the controversial former leader to present those Sunnis as representatives of all of Iraq’s Sunnis to the international community.

This support from the more powerful and wealthier Shiite Muslim parties has given the weaker Sunni Muslim parties the freedom to form their own militias as part of Iraq’s alternative fighting force, the mostly-Shiite Muslim militias. For example, Sunni Muslim religious leader, Mahdi al-Sumaidaie, a hard line cleric who is well known for issuing extremist-style fatwas, now has an armed force under his control numbering in the thousands – and that is even though he is not generally acknowledged in mainstream Sunni political circles.

And what are these three main Sunni Muslim political groups fighting about? There are several main points for debate. But mostly these are about what happens after the Islamic State group has been driven out of Sunni Muslim-majority areas that they controlled for months or years. They include what system of governance should be used, which alliances should be formed and how Sunni Muslim policy should be redrawn in this post-IS era.

Previously disputes tended to be limited to the political but the disagreement between Iraq’s Sunnis has also reached religious circles now.

For example, Parliamentary speaker al-Jibouri has said he supports the broad plan presented by the Shiite Muslim political alliance around national reconciliation after the IS group. But al-Nujaifi was not so keen and has presented his own guidelines. These ask that Sunni Muslim politicians currently accused of terrorism by the Shiite Muslim politicians, be allowed to take part in any projects around national reconciliation. Often these accusations came about for mostly political reasons.

“The proposals for national reconciliation can certainly be debated,” Ahmed al- Mashhadani, a Sunni Muslim MP, told NIQASH. “But the most important thing we need to discuss is how some Sunni MPs have been targeted for political reasons. That must be corrected and there should be dialogue, in order to ensure this happens.”

The biggest difference between the various Sunni Muslim groups though, has to do with the future of Iraq’s Sunni Muslim-majority provinces. Al-Nujaifi and his ally, Khanjar, have said they believe that a semi-autonomous Sunni “region” which works in a similar way to Iraqi Kurdistan is the best answer. Iraqi Kurdistan is home to most of the country’s Kurdish ethnicity, has its own borders, military and legislature, and works a little bit like a state within the state. Al-Nujaifi would like to be able to form a region, or perhaps several regions, out of the Anbar, Salahaddin and Ninawa provinces.

“This is a constitutional solution that responds to citizens’ needs,” al-Nujaifi has argued. “They would only strengthen the unity of the country.”

However al-Jibouri and his allies disagree. They believe that things should go on in a similar way, with the different provinces and provincial councils in charge. More power needs to be given to local governments but the country should not be split into regions, they argue, and the best way to ensure this is to get closer to the Shiite Muslim political forces currently in charge of the Iraqi government.

The disagreement between Iraq’s Sunnis has also reached religious circles now. Previously disputes tended to be limited to the political but recent manoeuvring by Sunni religious figures in the political arena has seen conflict arise here too.

Up until very recently, almost all the Sunni Muslim politicians had approved of the cleric who headed up the Sunni endowment – the endowments are bodies tasked with running and maintaining, respectively, Shiite or Sunni mosques and shrines and they are very important institutions within their own sectarian communities.

In 2015, the current Iraqi prime minister, Haider al-Abadi appointed a Sunni cleric, Abdul-Latif al-Hameem, to head the Sunni endowment. Al-Hameem was somewhat controversial as he had lived in Jordan since 2003, after he was accused of cooperating with former Iraqi leader, Saddam Hussein’s regime.

Al-Hameem had no real links to contemporary Sunni Muslim political forces though. However since his appointment he has started to become more political and to present himself as a potential candidate in upcoming elections. The existing Sunni Muslim politicians do not approve of this and some have been openly hostile towards al-Hameem in the local media. Other Sunni religious figures who have closer ties to political parties – such as Ahmad Hasan al-Taha, who heads an all-important Sunni Muslim religious council – have also been unsupportive of al-Hameem, after his political ambitions became more apparent.

But in the end, it is the Iraq’s ordinary Sunni Muslims who will pay for the current disarray. So many Sunni Muslim- majority areas have been impacted by the actions of the Islamic State group, so many locals have been displaced, killed or wounded and had their property destroyed. These civilians desperately need their politicians to represent them rather than fighting amongst themselves, in order to push forward the reconstruction and reconciliation that must happen.