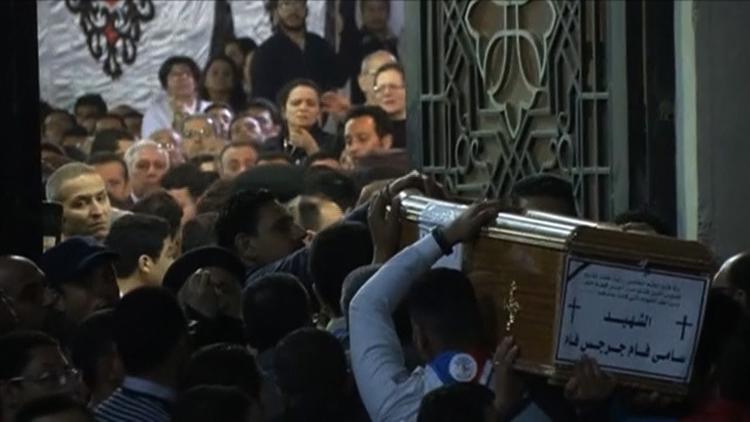 Trump’s abrupt and virtually unprecedented firing of FBI director Jim Comey raises the question of whether he and his far right wing circle of Neofascists intend to reshape the Bureau as (even more of) an instrument of white nationalism and executive authoritarianism.

Despite the cover story about Comey’s erratic behavior with regard to the investigation of Hillary Clinton’s emails, it seemed immediately apparent to canny observers that the firing was prompted by concerns that Comey was insufficiently pliant with regard to Trump himself. Apparently Trump has been frustrated about the investigation of his campaign’s alleged ties to Russia. These anxieties were pitched by the growing scandal around key campaign figure and former National Security Adviser Mike Flynn, who took $30,000 from Russia Today for appearing at an event where Russian President Vladimir Putin was a prominent attendee. Even after acting attorney general Sally Yates warned Trump that Flynn could be compromised by Russian intelligence, Trump let him sit in on a call to the Russian government.

Then there is the revelation that Eric Trump boasted “We don’t rely on American banks. We have all the funding we need out of Russia.”

Trump and likely his strategist Steve Bannon made this decision and did not tell most White House staff about it. Only a few senior GOP senators were informed beforehand. The letter to Comey was delivered to his empty office (he was in LA giving a talk) at close of business, 5 pm, by Trump’s former bodyguard who still seems to have a security role. It was like a scene out of a mobster movie.

So let’s play a game. Which Middle East ruler is Trump most like?

The FBI is part of the Department of Justice, which in turn is in the executive. In Middle East governments, the leader can hire and fire at will within the executive ministries, so this wouldn’t even have been a scandal over there. But in some Middle Eastern countries the judiciary has at least a little independence. In some countries, the senior judiciary appoints high court judges, so that the judiciary is less politicized than in the US.

There is little point comparing Trump to out-and-out dictators in the region; of course everyone in government serves at their pleasure. But there are two countries that had made small steps toward democracy and which are now backsliding, Egypt and Turkey. Looking at how they are descending into seedy dictatorships could be instructive with regard to keeping a watch on the authoritarian Trump.

President Abdel Fattah al-Sisi came to power in a military coup in 2013 and then arranged a phony election that gave him a 97% victory in 2014. Part of his power grab has involved cracking down on the press. Now he is making a move against the Egyptian judges. He pushed through a bill in parliament, apparently without bothering actually to get a quorum, which lets him personally intervene in the process of judicial appointments. Even his predecessor, deposed dictator Hosni Mubarak, did not attempt to acquire that kind of power over the judiciary.

Or then there is the increasingly authoritarian and erratic Tayyip Erdogan in Turkey. Since the failed coup of July 15, 2016, Erdogan has fired over 100,000 government employees, including, in just the first few months, 3,500 judges and prosecutors. He then pushed through a constitutional amendment making the powers he arrogated to himself permanent, apparently with the goal of turning Turkey into a presidency for life, reversing Turkey’s baby steps toward pluralistic democracy of the previous 15 years. Insofar as several of the moves Trump has made against the Turkish judiciary appear to be aimed at making sure he is not himself ever investigated for alleged corruption, his firings have a resemblance to those of Trump.

The way the Republican Party robbed the American public of the Supreme Court justice they expected when they elected Barack Obama in 2012 by 5 million votes, and the way they shoehorned Gorsuch onto the court by going nuclear, perhaps resembles al-Sisi’s plans for shaping the Egyptian supreme court to his liking. Of course al-Sisi made a coup against and got rid of all high Justice Ministry officials from the 2012-2013 Muslim Brotherhood government. In the aftermath, judges thought to have Muslim Brotherhood ties were forced to retire. Trump has already publicly demeaned judges who bucked him, and how he treats the judiciary is something to keep an eye on.

As for Erdogan, he has used a pliant parliament to push through legislation strengthening his hand (his Justice and Development Party only has 50.5% of seats, but it counts as an absolute majority, and anyway it is supported by another, smaller rightwing party). He has also whipped up support in the towns and small cities of the country’s center by pursuing a virtual war on the Kurdish PKK. He also has made a great deal of hay with the failed attempted coup against him. We should keep our eye on any move of Trump to allege a conspiracy against him or any attempt to wage war on an ethnic minority as a way of increasing public support.

Of course, Trump hasn’t yet done anything as egregious as al-Sisi or Erdogan. But he is clearly supporting them and perhaps learning from their tactics. But we can learn, too, for the purposes of the resistance.