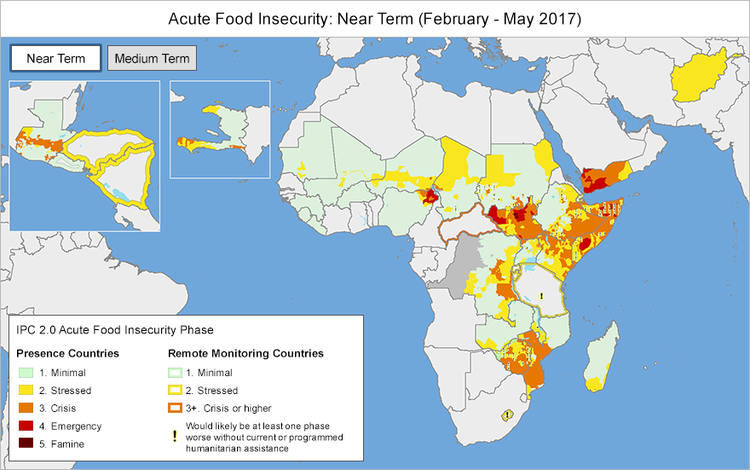 ROME (IPS) – Urgent action is needed to save the lives of people facing famine in North Eastern Nigeria, Somalia, South Sudan and Yemen, the UN leading food and agriculture agency’s chief on April 28 warned. “If nothing is done, some 20 million people could starve to death in the next six months.”

“Famine does not just kill people, it contributes to social instability and also perpetuates a cycle of poverty and aid dependency that endures for decades,” the UN Food and Agriculture Organization (FAO) the Director-General Jose Graziano da Silva added. 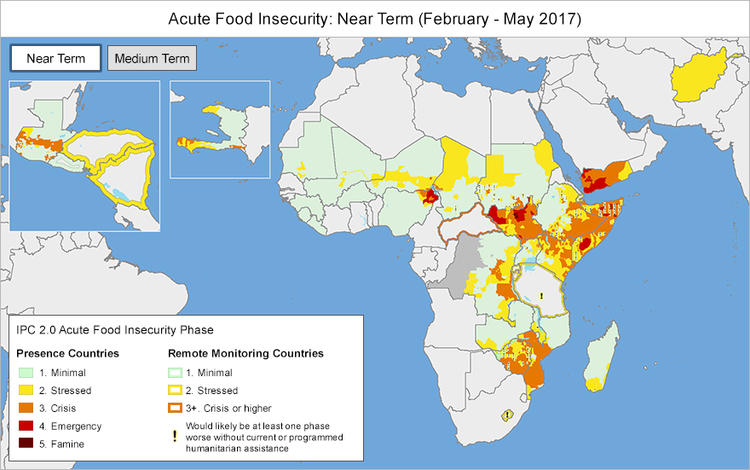 At a media briefing ahead of the conclusive session of the this UN specialised agency’s executive arm—the FAO Council, he launched a new appeal for voluntary contributions, that are “of vital importance to FAO, now more than ever.”

“I will be always committed to finding more savings and promoting more efficiency, as I have done over the last five years. But I have already cut to the bone. There is no more fat left.”

On this, Graziano da Silva emphasised the need to work with everyone on the basis of the 2030 agenda for sustainable development –“Leaving No One Behind”, in order to save all the affected people.

He also announced that agreement will be signed among FAO and the other two Rome-based UN agencies: the International Fund for Agriculture (IFAD) and the World Food Programme (WFP) on how to tackle the current famine in those 4 countries– Nigeria, Somalia, South Sudan and Yemen.

The FAO Council, which has met in FAO-headquarters in Rome on 24 – 28 April, convenes between sessions of the main Conference to provide advice and oversight related to programmatic and budgetary matters.

The Council’s 49 elected members have been briefed on the extent of the hunger crises, and the steps required to preventing catastrophe.

The organisation’s executive body has also approved FAO‘s Programme of Work and Budget 2018-2019, which prioritises areas where FAO can deliver the greatest impact to member countries to achieve the Sustainable Development Goals, including climate change mitigation and adaptation, sustainable agriculture production, water scarcity management, and building the resilience of poor family farmers.

Ahead of the FAO Council’s meeting, Graziano da Silva had on 25 April stated in Geneva that a combination of food assistance and food production assistance is the only way to avoid famine in conflict-ridden Yemen where two-thirds of the population –17 million people– are suffering from severe food insecurity.

“As the conflict continues, food security and nutrition will also continue to deteriorate,” he stressed in his address to a United Nations High-Level Pledging conference for Yemen organised in Geneva and co-hosted by the governments of Switzerland and Sweden.

“To put these figures into perspective, we are talking about the double of Switzerland’s population being unable to meet their basic daily food needs.”

He stressed how livelihoods support, especially for agriculture and fishing, must be an integral part of the international community’s response to the crisis in Yemen.

More than 17 million people around Yemen’s rugged landscape are acutely food insecure, and the figure is likely to increase as the on-going conflict continues to erode the ability to grow, import, distribute and pay for food, Graziano da Silva wrote on IPS.

“More than 7 million people are on the verge of famine, while the rest are marginally meeting the minimum day-to-day nutritional needs thanks to external humanitarian and livelihoods support. Large-scale famine is a real risk that will cast an awful shadow for generations to come.”
According to Graziano da Silva, only a political solution can end the suffering in Yemen, as there can be no food security without peace. And the longer the delay to draft an adequately funded recovery plan, the more expensive the burden will be in terms of resources and human livelihood.

In 2016, agriculture production in Yemen and the area under cultivation shrank by 38 per cent due to the lack of inputs and investments. Livestock production fell by 35 per cent.

“Agricultural assistance in a humanitarian crisis can no longer be an afterthought,” the FAO Director-General said. “We need to seize every opportunity to support communities in Yemen to continue producing food, even under difficult circumstances.”

The Geneva pledging conference on April 25 mobilised half of the 2,1 billion dollars urgently required to rescue the starving Yemeni population.

UN News Centre from 3 months ago: “UN relief official: International efforts underway to aid the 7 million vulnerable in the Sahel”