When armed men in civilian clothes kidnapped journalist Afrah Shawqi from her home on 26 December 2016, journalists and activists quickly took to the street to demand that the government take action to ensure her safety and her immediate release. 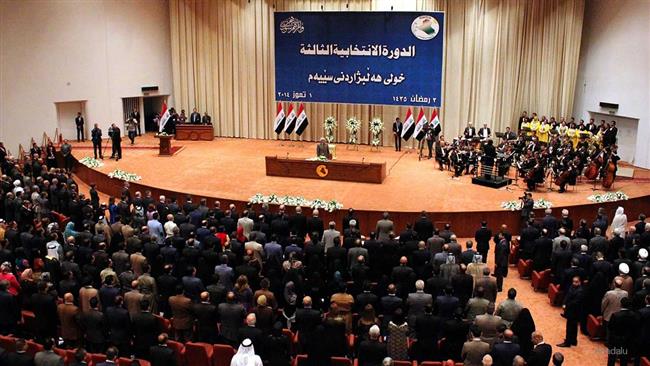 Iraq's parliament is currently reviewing a draft law that, if enacted, could make this kind of response impossible. Local civil society groups and activists are criticizing the parliament for attempting to pass a bill that would restrict freedom of expression and rights to protest and assembly.

The law on “freedom of expression, opinion, assembly and peaceful demonstration” aims at “guaranteeing and regulating freedom of expression and opinion through any means, freedom of assembly and peaceful demonstration, and the right to knowledge, without prejudice to public order and public morals, and determining the parties responsible for regulating them,” states Article 2 of the bill.

The bill would require Iraqis to seek the prior authorization from local authorities before protesting or assembling. Requiring protesters to ask for an authorization five days before a protest is a “cause for concern, due to the nature of the Iraqi street and its ongoing crises” says Mustafa Naser, the president of the Association for Defending Press Freedom in Iraq. Iraqis “have recently realized the street's impact on parliamentary decisions and legislation,” he told Global Voices in an e-mail interview.

Iraqi protestors outside the Parliament in April 2016, where they staged a sit-in before storming the building. Photo credit: @AlFayth (Twitter)

Before assembling, Iraqis would also need to submit a request for prior authorization at least five days before a meeting takes place. The request should include the subject matter, purpose, time and place of the meeting, and names of the organizers.

In addition to restricting the right to protest and assembly, the bill also limits freedom of expression by mainly preventing criticism of religion and religious symbols. Article 13 prescribes a jail sentence of up to ten years for those convicted of “intentionally broadcasting propaganda for war, terrorist acts, and hatred based on national origin, race, religion and sect.” A second paragraph of the same article prescribes a one year prison sentence and a fine for attacks and the degradation of the beliefs of any religious sect. This includes any public insults to “a rite, symbol or a person subject of reverence, glorification or respect for a religious sect.”

On 13 May, the Iraqi parliament once again decided to postpone a vote on the controversial draft law, amid opposition from civil society groups and activists. MP Sarwa AbdelWahed told local media that the vote was delayed until a “national consensus” around the bill is reached.

The bill was first introduced in 2011. After confronting objections from civil society, its authors amended and submitted it to the parliament again in August 2015, only to encounter another wave of protests. The Iraqi parliament attempted to vote on the bill again in July 2016, without success.

Attempts by the parliament to pass the law again this month have been met with criticism by Iraqi civil society groups. Protesters gathered outside the parliament on 14 May to express their rejection of the bill.

Mustafa Saadoon, director of the Iraqi Observatory for Human Rights tweeted on 15 May:

On the same day, the Observatory issued a statement accusing the different political alliances in the parliament of “restricting freedoms and paving the way for new dictatorships”:

The Iraqi Observatory for Human Rights calls on the Iraqi parliament to amend the bill in accordance with Iraq's international obligations and not to be selective when it comes to human rights principles, and not to attempt to restrict freedoms with laws that have regulatory titles and restrictive clauses

Freedom of expression is already under threat in Iraq, with journalists and media at risk of violations by armed militias that do not tolerate criticism, and abuses by security officers. This is in addition to the targeting of journalists by ISIS, which since taking over parts of Iraq in 2014, has been responsible for murdering several reporters. But instead of working to ensure stronger protections for these freedoms, the Iraqi parliament is seeking to pass a repressive law.

“There is a political will from the big alliances in the parliament which have been dominating the Iraqi state for more that a decade, to push for the enactment of a law that withholds the right to demonstrate, and criminalizes any unlicensed protest,” Naser stated. He added:

The paradox is, they claim that they are fighting the former dictatorial regime to win their freedoms and those of the Iraqi people, but at the same time they use the laws of Saddam Hussein enacted in the sixties against their opponents…while also seeking to pass more laws restrictive of freedoms, which are not in harmony with their claims of struggle.

It remains unclear when the Iraqi parliament will attempt to revive this six-year old bill again. In the meantime, civil society groups and activists will continue to exercise pressure so that another repressive law does not add up to the list of restrictive laws that already exist in Iraq, including the 1968 Publications Law which bans criticism of the government and the 1969 Penal Code which criminalizes defamation and insult.