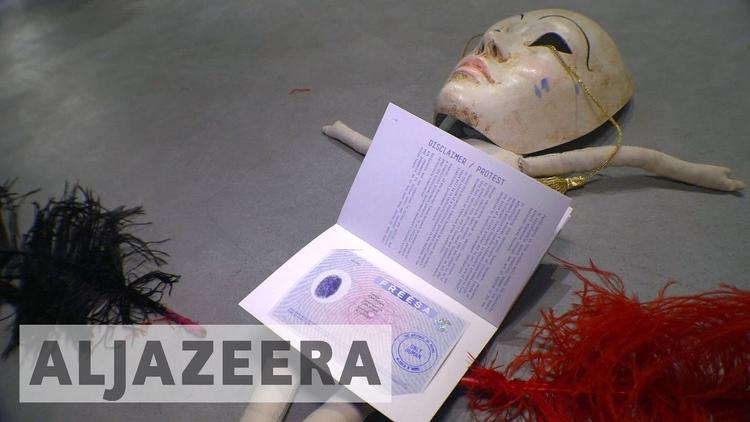 The colossal refugee crisis confronting humankind today has created an unprecedented opportunity to awaken our sense of common humanity and compassion. No doubt, the challenges of offering care to strangers can be daunting. It is, however, in the compassionate response to such challenges that we may become more fully human, making connections to others, to whom we may have been closed off, and at the same time advancing our personal empowerment.

And then, we may also discover that the refugee has much to offer us. Certainly, some of the world’s great religions are replete with stories of refugees, their trials of expulsion and flight, and their transformative spiritual creativity. Just look at Adam and Eve; Moses and the children of Israel; baby Jesus and his parents; and the Prophet Mohammed and his followers, to name a few.

The refugee story as person and archetype sheds light on one of the fundamentals of the human condition: change is our constant companion in this world of natural evolution and of human inventiveness, endlessly creating for us occasions of risk and potential suffering, and also opportunities for rebirth and growth. Despite their best efforts, refugees are pushed into a crisis — and how they respond determines their fate. And like a refugee, whenever we are expelled from a comfort zone, this is the opportunity for persons and societies to grow.

The urge to run away from the pain and discomfort that may have been thrust upon us by unwanted change – whether by circumstance, fate or people – is assuredly behind the impulse to reconnect to the spot we have been thrust out of — in the hope of finding a footing on familiar ground. The “Make America Great Again” slogan we hear today seems to derive from this familiar, common urge to reconnect to or reconstruct the corner of comfort and security from where we came or at least as we conceived it to have been. But like a refugee we cannot reconnect to that historic homeland that no longer exists.

It is in such moments of historic expulsion, like that of Adam and Eve, that we become fully human. Like them, we no longer live a life of dependence, we are required to seize the opportunity of choice and create our new world. In making creative choice, we exercise true freedom.

Responding positively to the present-day refugee crisis also represents an opportunity to grow personally and spiritually. The connecting to the refugee in need helps erode the legacy of “othering” that we have inherited.

History is awash of examples of how economic and political actors have exploited the physical, cultural and religious differences among human kind both to divide and rule and to self-enrich. The British colonialist othered the Irish Catholic, slave interests othered the black African, Western colonizers othered Muslims, Hutu politicians othered the Tutsi, Al Qaeda leaders othered Christians and moderate Muslims; American expansionists othered Mexicans; the Nazis othered Jews. And on and on. Welcoming the refugee helps us to overcome this othering. In the act of compassion, we become one.

In embracing the refugee, the other, we also embrace some parts of ourselves that may cause us discomfort from which we seek escape. In such an embrace, we confront our own sense of vulnerability – our own fear that we too could find ourselves in difficult straits. So much of the fixation on achieving material successfulness arguably finds its origins in the impulse to flee a sense of inadequacy and vulnerability. The trappings of external success, however, provide insufficient reprieve from the discomfort of such fears.

Ironically, it is in the embrace of the other in need that we find an authentic rescue from such fear. This rescue does not come from denial or the pursuit of external measurements of success; it comes from forging community. We as persons are only truly realized in community. It is only in community, knowing that we can call upon each other for support when needed, that we can truly feel rich. Richness does not come from accumulation. Richness comes from belonging.

The refugee crisis is our opportunity to redefine, engage and empower self and community. Let’s not waste this opportunity by succumbing to the temptation of othering.

However we may feel about the social and political issues that have resulted in people leaving their homes, reaching out to them is basically an expression of our humanity. So, let’s embrace.

Gregory Alonso Pirio earned an M.A. in African Studies and a Ph.D. in African History from UCLA. His dissertation was entitled, “Commerce, Industry and Empire: The Making of Modern Portuguese Colonialism in Angola and Mozambique, 1890-1914.” He is also author of The African Jihad: Bin Laden’s Quest for the Horn of Africa (Trenton: Red Sea Press, 2008). Dr. Pirio was editor of Rebuilding Shattered Nations and Lives: Post-Conflict Reconstruction and Development in Africa (UNHCR, 2009), for which he wrote the introduction, “African Conflicts in Historical Perspective.” He has published and produced studies on numerous topics, including on media issues, Pan-Africanism, global health, African conflicts and terrorism.