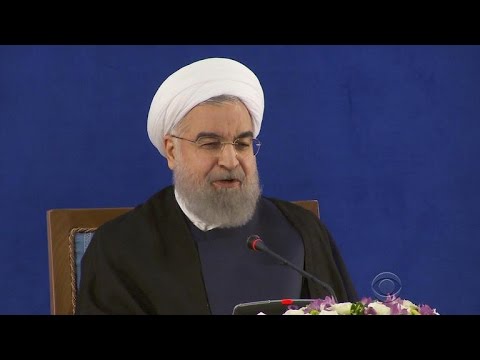 In Second Term, Should Move on Rights Reforms

When the 2017 election season kicked off April 21, Iranian President Hassan Rouhani did not go into the race possessing an enviable track record of defending human rights. While he achieved his 2013 election campaign promise of easing international sanctions after securing a nuclear agreement with China, the European Union, France, Germany, Russia, the United Kingdom, and the United States, progress delivering on Iranians’ aspirations for greater rights has been few and far between.

Perhaps sensing he would be held accountable for these failures, Rouhani ramped up campaign promises on rights reforms as well as harsh criticisms of human rights abuses linked to his main rival in the election, Ebrahim Raeesi. Raeesi, a former judge, served on a four-person panel widely believed to have ordered the execution of thousands of political prisoners during the summer of 1988. Rouhani described Raeesi’s political vision as one “which had known only executions and imprisonment for the past 38 years.”

Rouhani also spoke boldly on the campaign trail in defense of gender equality, minority rights, and citizens’ rights to unfiltered access to information. He even criticized the conduct of the powerful judiciary and the Islamic Revolutionary Guard Corps (IRGC)’s interference in the political process. By the end of the campaign Rouhani said in voting for him, Iranians would be choosing “a lawyer [who] defends people’s rights.”

Whether for tactical political purposes or genuine belief, Rouhani has rhetorically transformed himself. Now that he has won reelection largely on these campaign promises, his credibility as president is indelibly tied to his ability to deliver real rights reforms. And while he will confront the strength of unaccountable, rights-abusing institutions like the Islamic Revolutionary Guard Corps and the judiciary, Rouhani is far from powerless. He enters his second term with a popular mandate, a moderate-reformist majority parliament, and a nuclear deal that has survived US and Iranian presidential elections (so far). In summary, Rouhani has constraints but also agency – he should act like it to promote what the Iranian people want most: a genuine commitment to protecting their rights.