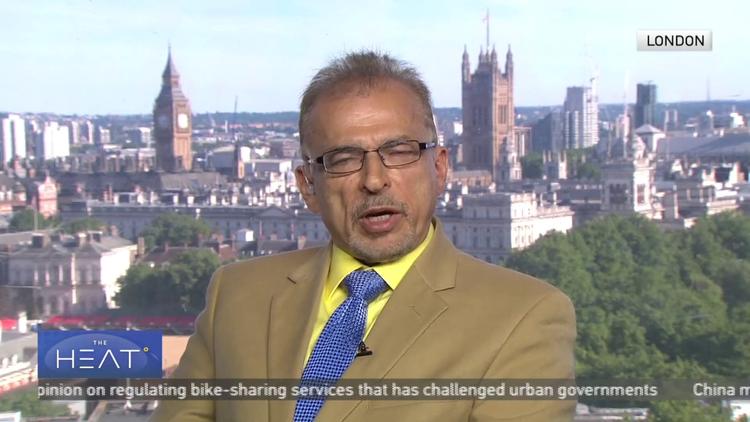 Hassan Rouhani’s victory in Last Friday’s Iranian presidential election, by a large majority, portents a continuation of the country’s path toward global reengagement, both on a more popular level and in terms of economic and political cooperation. The intensified nature of this electoral campaign does however point to an increasing tension between state institutions such as the presidency and the more ‘shadowy’, parallel institutions, including the Guard Core (IRGC) and parts of the clerical establishment, tasked with protecting the Islamic nature of the 1979 revolution. This is especially since historically presidents have always been more confrontational with such institutions in the latter ends of their tenures, best evidenced by former president Ahmadinejad’s fallout with the Supreme Leader (Ayatollah Ali Khamenei) in 2011.

Rouhani’s victory, by a margin of over twenty percentage points over his nearest competitor, principlist cleric, and current chairman of the Astan Quds Razavi charity, Sayyed Ebrahim Raisi on a turnout of around seventy-five percent, alludes to an evolutionary shift within the calculous of Iranians, specifically from younger and more urban backgrounds. Previously preferring to desist from voting as it was seen as endorsing the system, these citizens are increasingly turning toward the electoral process to shape the evolution of the country’s politics, since elections are the only means of expressing popular sentiment, and because most prefer non-violent, incremental changes to the country’s governance structures. In this regard, the observation by Iranian academic Trida Parsy that reformist Cleric and former president Mohammad Khatami’s endorsement of Rouhani, and that in most elections it is the system outsider that has the most appeal (Khatami in 1997 and Ahmadinejad in 2005) because Iranian citizens see elections as the only means of altering the country’s political trajectory rings true. Significantly, in this regard the Supreme Leader tacitly supported the Raisi campaign, especially through his criticisms of the nuclear deal and Rouhani’s ‘unwillingness’ and ‘inability’ to implement a ‘resistance economy’ in the weeks preceding the poll. In May he also publically confronted the administration over its acceptance of a UNESCO developed education curriculum (Education 2030), which some see as undermining gender roles, even though the programme had been endorsed as far back as 2015, with little opposition at the time.

Rouhani’s victory was also greatly influenced by the successful conclusion of the nuclear deal in 2015, despite the less than expected foreign investment that accrued from this, and because Iran’s economy grew by over ten per cent in 2016, causing the Iranian Rial to appreciate. Fears over the curbs in social freedoms were a principlist candidate to gain victory also influenced the result, especially since candidates such as Raisi and Mohammad Bagher Ghalibaf had in the past acted to severely repress descent.

Campaigning for the vote was vigorous, and many ‘red-lines’ were crossed, by Rouhani especially. He directly criticised the IRGC for stunting the gains of the nuclear deal, the judiciary for its curbs on freedoms, and the public news broadcaster for backing Raisi. He also criticised the clerical establishment by proclaiming that the Astan Quds razavi, the largest Islamic charity organisation globally, be subjected to tax compliance. He further argued that the IRGC was crowding out private business. Raisi and Mohammad Bagher Ghalibaf conversely pointed out the failings of the nuclear deal, corruption, and the increases in unemployment in recent years. This is indicative of Iranian politics, wherein competition for positions is intense, increasing openness and accountability, especially in electoral years. Further, through this, the system provides room for and is tolerant of a diversity of persuasions, despite the vigorous vetting procedures

Although most power is still vested in the Supreme Leader, the president is able to shape most domestic and economic policies through his ability to appoint staff to key institutions, and because of the power he wields in formulating these. Further, the Supreme Leader in most instances prefers to maintain an image of political insolation, and thus usually contours his political pronouncements partially in line with popular sentiment, even though he may have preferences and typically works through informal institutions to realise these. The implications of Rouhani’s victory will thus entail a continuation of his stance of increased cooperation globally. This is despite the fact that Khamenei has become disenchanted with this stance, fearing the reforms it may bring, and will thus act to stunt it. Further, although much of Rouhani’s criticisms over the roles of the Guard Core, Judiciary, and clerical establishment in the regime were politicking, the directness and sharpness of these criticisms and the usual tendency for Iranian presidents to try to empower the office of the presidency in their second term will ensure an escalation the confrontations between these competing centres of power. This is especially as he attempts to leave a legacy. This is significant as Khamenei is currently seventy-eight, reportedly suffering from cancer, and it is reliably believed that Rouhani, as well as Raisi, is in the race to succeed him. The president thus tacitly continued his criticisms of the Guard Core and judiciary in his victory speech, acknowledged the support of Khatami despite the current media ban, and resolved to directly negotiate with the Trump administration for the removal of non-nuclear sanctions.

Rouhani’s victory will not alter the Syrian and Yemeni conflicts drastically, even though it is believed that the administration prefers a political solution. The realm of Foreign policy, especially in this arena is largely controlled by the Supreme Leader and Guard Core. The regional Iran-Saudi Arabia Cold War will thus endure, especially since the Saudi monarchy continues to replenish its military capacity, and because the Trump administration’s pronouncements have emboldened hawks on both sides. Rouhani’s victory will however ensure the maintenance of the nuclear deal, and intensify the administration’s attempts to increase its economic benefits –even though the US has criticised it. This will remain challenging, especially since the Trump administration is unlikely to remove its ‘non-nuclear’ sanctions component, which has thus far complicated efforts to invest in the country, and caused its economy to remain sluggish. Rouhani will thus need to consider more domestic measures, such as enhancing productivity and cracking down on corruption, to stimulate more equitable economic growth.

The foregoing clearly illustrates that Despite Rouhani’s large victory he will face much constraints, both from Iran’s complex governance structure and regional ructions. Significantly, over fifteen million citizens were tempted by Raisi’s populist rhetoric, pledging to increase subsidies and create jobs. Failing to fulfil some of his (Rouhani) campaign promises, which is almost inevitable, will see these numbers rise, opening the doors to a principlist resurgence, especially since candidates such as Raisi have undertaken to continue campaigning for office.

Ebrahim Shabbir Deen is a researcher at the Afro-Middle East Centre, a research institute based in Johannesburg South Africa. His interests include political Islam, Middle Eastern politics, development issues, and climate change. He is a frequent media commentator on political events in the Middle East-North Africa region. He is author of the book ‘Hezbollah vs. the Egyptian Muslim Brotherhood: A social democratic perspective’ 2012. He holds a Masters in International Relations from the University of the Witwatersrand and is an abbot Wigan Athletics supporter.