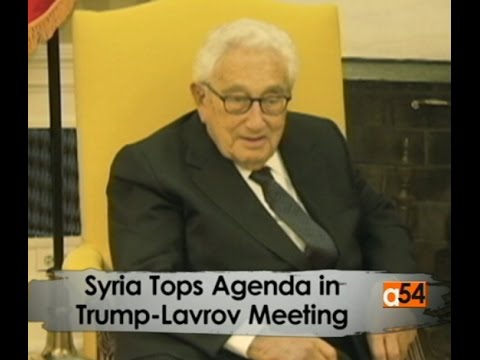 CNN says White House officials were furious on Wednesday when the Russian press (the only journalists invited to the meeting of Trump with Russian Foreign Minister Sergei Lavrov and ambassador to the US Sergey Kislyak) abruptly released the pictures. Apparently White House staff thought there was an understanding that they would be kept quiet. One White House staffer complained, “that’s the problem with the Russians, they’re dishonest.”

The meeting with Russian officials on Wednesday, in the wake of Trump’s firing of FBI director James Comey, apparently in part because of Comey’s investigation of the Trump campaign’s ties to Russia, was widely seen as inappropriate and tone deaf. That only Russian media were invited was a further kick in the gut to America. But then to have the Russian wire services gleefully release the pictures– that’s priceless.

Here are some of Lavrov’s comments to the press after the meeting:

“Question: You have just learnt that FBI director James Comey was fired. Considering the accusations made by the FBI against your country, were you happy to hear that news?

Sergei Lavrov: I’m not the one you should be asking. I can give you examples of people being hired and fired in Russia, France, Great Britain. These are internal matters for you.”

On the charges that Russia is running the Trump administration:

“ Sergei Lavrov: Regarding the talk and clamour around our relations, fictional narratives about us allegedly controlling their domestic politics:

Of course, we notice the absolutely abnormal background against which relations are developing. I think it is demeaning for the American people to hear that the Russian Federation controls domestic politics in the USA. I believe that politicians severely damage the US political system when they try to act like America is being governed externally.”

So which would be more humiliating? For us to hear the charge, or for it to be true?

“Question: Much has happened in international relations since Donald Trump’s inauguration. Can you say that the way the US and Russia speak to each other has changed, especially after a missile strike on Syria?”

Sergei Lavrov: “The dialogue between Russia and the US is now free from the ideology that characterised it under the Barack Obama Administration. US President Donald Trump, his Administration, and Secretary of State Rex Tillerson are the kind of people who want to maintain a dialogue not as a means of demonstrating what they can achieve in the area of ideological preferences, but rather as a means of solving particular issues…”

Well, I don’t know if the Russians put Trump in, but they sure are happy with him. An ‘end to ideology’ actually seems to mean rolling over and playing dead. Also the praise of Tillerson is pretty fulsome; remember that as CEO of Exxon-Mobil he was about to do a $500 bn deal in Russia before the Obama sanctions blocked it. Tillerson also had business dealings with Russia of his own.