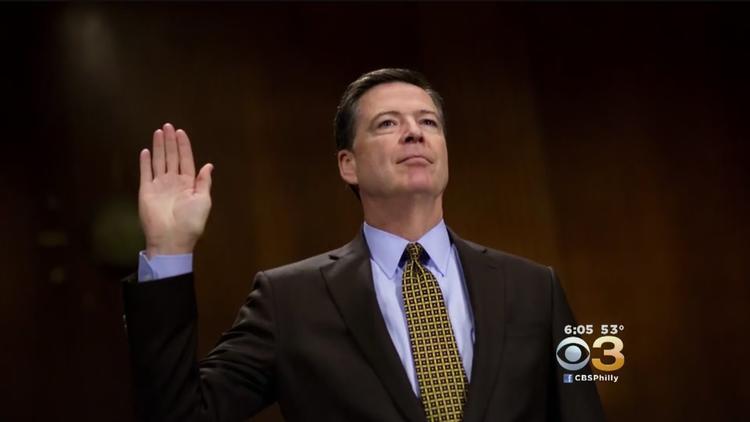 One of the classic techniques of dictatorship is humiliation, a manifestation of the sadism of the regime. Most people want to avoid being made the butt of ridicule, and authoritarian personalities calculate that they will even surrender some rights and liberties to avoid it.

Even if you didn’t agree with him on many issues, Comey did not have an easy job and he put a lot of years and effort into it. If you’re his boss and you want to fire him, you owe him a face to face meeting to explain to him that he will be cycling out. In this case the firing was unwarranted and disturbing, given that he had a 10-year appointment and a presumption of protection from being let go over politics. But nearly as bad as the termination of employment itself was the way it was done.

Comey was personally humiliated. He was giving a talk in Los Angeles when the news came across the television screen. Here you have the Director of the FBI appearing in public and having his dignity abruptly stripped away. He reportedly thought it must be a hoax to begin with.

What is the message here? If you work for the Federal government, you work for Trump. And if you work for Trump, and you cross him or he just decides he doesn’t like the look of you, he will degrade you and make you abject in front of the whole world. Therefore, be afraid, be very afraid.

This technique of abruptness and lack of transparency was also visible in Trump’s attempts at a Muslim ban. The first Executive Order was deliberately issued on a weekend when it is hard to get hold of a judge. People who had duly applied for and received visas and who had spent money on airplane tickets were informed suddenly and without warning that their visas were no good and they had wasted their money on air fare and would have to go back on the next flight. Mothers were split from children, grandchildren from grandparents. People with jobs were not allowed back in to return to them.

Comey to his credit pushed back against the Bannon-Trump Muslim ban, pointing out that “Citizenship alone” is not a “threat indicator.” So it is perhaps not surprising that he was treated by his boss exactly as the Syrians, Libyans and Somalis were.

The message here is to be afraid, to be obedient, not to cross the Boss. It is a shameful message in a democracy, the whole basis of which is that every citizen is equal before the law. The president himself is not above the law.

Rule through sadism and humiliation and fear violates democracy because the most powerful man in the country goes around treating people like shit in order to terrify them into submitting to his will.

These thuggish techniques were also used to fire Sally Yates as acting Attorney General. She was informed that she was history 2 minutes before it was announced on t.v. The letter to her from Trump talked about her betrayal, implying she was let go for treason. Questioning the constitutionality of an executive order is not treason.

Or there was the sudden arrest of a reporter for “disorderly conduct” at the insistence of Tom Price, secretary of Health and Human Services. Reporters are often disruptive because they keep asking hard questions. If that is an arresting offense, then all of us are in danger. And that is Tom Price’s point.

That is, the same techniques, of sudden pouncing and smearing of reputation have been used over and over again by now not just by Trump but by Bannon and by cabinet secretaries..

The person thus humiliated is not even the real target. You are. Trump is trying to make you afraid to stick your head up, lest it get cut off. Price is trying to intimidate journalists. Bannon is trying to terrify would-be immigrants.

CBS Philly; “Comey Found Out He Was Fired While Watching TV”