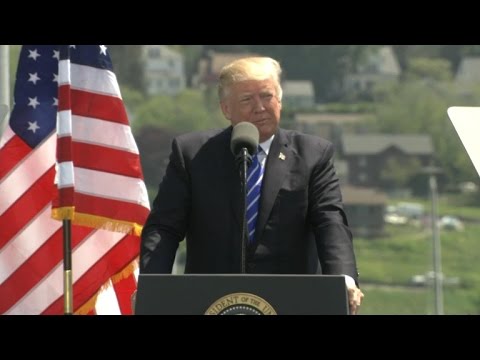 Now that a Special Counsel (former FBI director Robert Mueller) has been appointed by the deputy head of the Department of Justice, it is time to review exactly what needs investigating.

Trump is clearly terrified of the investigation. He immediately called the Mueller appointment harmful to “our country,” and the “greatest single witch hunt” of an American politician.

I would argue that the SC should look at influence-peddling by foreign nations in the Trump campaign across the board, and not just at Russia. Turkey keeps coming up in discussions of Mike Flynn, the disgraced former National Security Adviser who was fired for allegedly neglecting to report or lying about his contacts with the Russian embassy.

Rod Rosenstein, the number two man at the Department of Justice, appointed the special counsel because his boss, Jeff Sessions, had to recuse himself from involvement in the investigation of Trump ties to the Russians. Sessions himself had interactions with the Russian embassy. This seems a sad commentary on the whole mess.

Rosenstein was apparently surprised and stung by the negative public reaction to the letter he wrote Trump, at Trump’s request, concerning the issue of whether Jim Comey should be fired as head of the FBI. Trump appears to have suckered Rosenstein and to have toyed with making him the villain of the piece. Ironically, by making Rosenstein the fall guy, Trump put him in a position where he more or less had to appoint a special counsel in order to hang on to the tattered shreds of his reputation.

So what’s to investigate?

Well there are all these questions around Mike Flynn. He took $30,000 from Russia Today, the Moscow propaganda organ, to attend an event with Putin that commemorated the 10-year anniversary of its founding. RT journalists do some good work but of course Putin sets the editorial line. I think of it the way I do the Wall Street Journal, where the editorials are sheer lunacy, but the news pages often have outstanding reporting from excellent journalists. The reason Flynn’s having taken that money is a scandal is twofold. First, as a retired general, he isn’t supposed to take money from foreign governments. Retired officers are always open to being called back to duty, so they shouldn’t be under foreign influence. Second, having taken the money, Flynn declined to report it, as he was required to do.

While still a civilian, Flynn called the Russian Embassy several times in November and December of 2016. What did he discuss with them? Is it true that he reassured them that the sanctions placed on Russia by Barack Obama over the unilateral annexation of Crimea would be scaled down? These calls would have violated the Logan act, which prohibits non-government private Americans from conducting diplomacy on behalf of the US government.

Flynn had a juicy consulting contract from a wealthy Turkish businessman close to President Tayyip Erdogan.

Is it true, as it is now being reported, that Flynn told Trump he was under investigation over these Turkey ties, and that Trump insisted on appointing him Nat’l Security Adviser anyway? Is it true that while in office and while he continued to be on the Turkish payroll, he opposed a joint US operation with Syrian Kurds, to which Turkey objects?

Is it true that Trump asked FBI director James Comey to back off the investigation of Flynn and to give Trump an oath of personal allegiance.

Is there evidence that Comey’s refusal led to his firing. If so, that act could be a form of obstruction of justice.

What about the 18 previously undisclosed contacts between Trump campaign officials and Russian ambassador Sergey Kislyak?