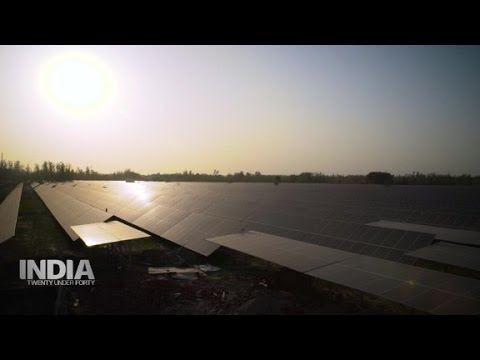 China and India have knocked the United States off the top spot of the index of best places to invest in renewables. Analysts cite the impact of Trump’s policies in favor of coal and petroleum.

Meanwhile, as Trump talks up a return of coal in the US, global coal markets have been shaken to the core by the Indian government’s decision to cancel planned 14 gigawatts of coal plants. They took the decision because solar power has fallen in price so dramatically that the coal plants were no longer competitive.

India’s plans for so many dirty coal plants had raised alarms among climate activists, who suggested that they would make it impossible for New Delhi to meet its emissions reduction goals under the Paris climate treaty. That consideration has now been removed.

Solar’s share of India’s electricity output increased 80 percent last year.. India added 10 gigawatts of solar in 2016. It has a goal of 100 gigawatts from solar by 2022.

The renewable energy sector in India already accounts for 60,000 jobs, and will add a similar number by 2022.

India is able to generate electricity by solar panels for 4.4 cents a kilowatt hour without any subsidy, undercutting not only coal but all other sources of electricity generation. Analysts are wondering whether at these prices India will ever build another coal plant.

Typical of the massive scale of the Indian projects is a 750 megawatt project in Rewa, Madhya Pradesh, one of the world’s largest solar facilities at a single site. It will increase India’s installed solar capacity by 7.5% and will double the installed capacity of Madhya Pradesh. One plant. It will avoid one million tons of toxic carbon dioxide emissions every year. And such solar facilities can often be built in as little as 18 months.