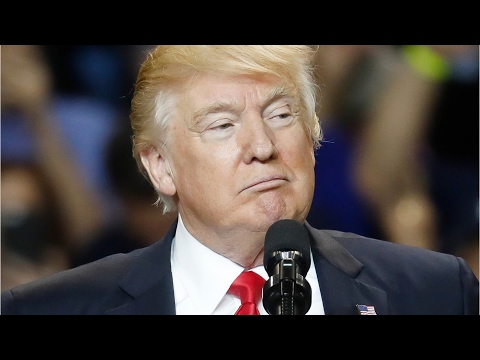 Terrorism is properly defined as non-state actors using violence against civilians to achieve a political purpose. Some argue that this definition lets states off the hook too easily, and that there is state terrorism as well. International law, however, puts those actions under the rubric of “war crimes” or crimes against humanity. Me, I think state terrorism is a useful conception, though legally speaking it probably is synonymous with the latter two terms.

The war being waged against our climate by Big Oil and by its cronies in government such as Donald Trump is the most massive, horrific and heinous form of terrorism in the world today. Worse than ISIL and al-Qaeda? Far worse. Worse than the Syrian War? As bad as it is, Climate Terror is worse yet. (in fact, climate terror may even be one of the causes of the Syrian War).

Carbon dioxide is the deadly gas that is the instrument of this terrorism. CO2 traps the sun’s heat on earth and does not let it radiate back out to space. It is an excess of CO2 that turned the planet Venus into a torrid inferno.

Trump’s proposed budget and other announced policies will not only massively increase our production of this poison gas, but seeks actually to blind us by cutting funds to monitor CO2. It is now regularly 410 parts per million in our atmosphere. If it goes on up from there, it will melt all the surface ice on the planet and submerge one third of the earth’s land mass.

Don’t feel helpless. You can stop the worst effects. First, don’t listen to the climate denialists. They will pretend to be reasonable and say things like the science is unsettled (it is not) or that we can’t afford to spend all this money to switch off fossil fuels when we aren’t sure we need to. Actually we are sure we need to. There isn’t any scintilla of doubt here. They will pick out one minor error in a 1500 page report and use it to question all of climate science. Don’t let them get away with this gotcha dishonest way of speaking. And, moreover, it actually is already cheaper to get our energy from green sources. The fossil fuels depend on massive tax breaks and subsidies that we can’t even afford financially, much less ecologically. The Koch brothers actually had the Florida Republicans put a tax on solar panels because they fear the competition. The climate denialists (i.e. terrorism apologists) are profiting behind the scenes from sowing doubt so that fat cat billionaires can wring the last bit of profits from their worthless, poisonous fossil fuels (I’m looking at you Bret Stephens). Don’t fall for greenwashing. Exxon-Mobil is polluting our planet and doing almost nothing to research green energy, but they flood the airwaves with fake news commercials trying to give the opposite impression. If wind and solar weren’t the smart bet, Warren Buffet wouldn’t be making it.

Second, go green. If you own a home and will be in it 10 years or more, put solar panels on. If you rent, lobby your landlord to do the same. All landlords will make money from having solar panels on top of apartment buildings, since all of them are in it for the long run. Vote for candidates with green positions on the climate. Lobby your energy utility to let you buy green electricity. Bike more. Use public transportation. If you have to drive and can afford it, get a Chevy Bolt or a plug-in hybrid. If you have to have a car and have limited resources, pay attention to gas mileage when you purchase even a used vehicle. Here are some suggestions. In the US, avoid eating beef, since it is produced in a far more carbon intensive than any other food. If everybody in the industrialized world took these steps, we could hold the line at a 3.6 degrees F. increase in average surface temperatures.

And, don’t be like Shell shareholders. 94% of wealthy Shell shareholders just rejected any attempt to reduce emissions in accordance with the Paris Accord, that is terrorism. Every ton of carbon dioxide Shell puts into the atmosphere brings humanity one step closer to the brink. Shell argues that althought it is a big company, it accounts for a small part of the world’s emissions. This way of thinking is Newtonian, but we live in a world governed by the theory of Complexity. In Newton world, a physical event is proportional. A small billiard ball can’t bring down a skyscraper. But in the real world as scientists now understand it, dynamic systems are characterized by the “Butterfly effect.” Weather is so complex, this conception argues, that even the beating of a butterfly’s wings can set off big changes.

If the earth warms more than roughly 3.6 degrees F. (2 degrees C.), the atmosphere could reach a tipping point and go chaotic. Think about it like a heart attack. Someone has been eating poorly for years, and maybe smoking. The arteries harden. And then one day just a little more bad behavior pushes the heart over the edge and it starts beating erratically. How do you quantify that little bit of cholesterol or that last cigarette? The old folk proverb about the “straw that broke the camel’s back” sums up this effect.

Shell is providing the straw that could break the atmosphere’s back.

Shell is based in the Netherlands, which is ironic because very likely its carbon emissions are going to help put the country under water. The Dutch are very good at water works, but if the sea rises 140 meters/ yards, my guess is that it is an engineering problem beyond solution at a price that is affordable. Of course that rise will happen over hundreds of years. But even in this century the seas will rise at least 4 feet (maybe more, given than sea level rise is accelerating faster than scientists had expected). Some 20 percent of humankind living along coasts will be kicked out of their homes if Shell and others go on like this. At the moment, that would be a billion and a half people. The population of North America is about 580 million. So that’s almost three North Americas worth of people made homeless.

That is terrorism on a scale never before seen in human history.

Shell shareholders should think of their company as an energy provider, not as an oil provider. There are other ways to get energy and since their petroleum is not only worthless but actually toxic, the quicker the company shifts to wind, solar, geothermal and etc., the less the shareholders will lose their shirts, not to mention watch their grandchildren drown.

People are always upset about children being killed in terrorist incidents, for understandable reasons. But carbon dioxide and methane polluters are going to kill millions of children.