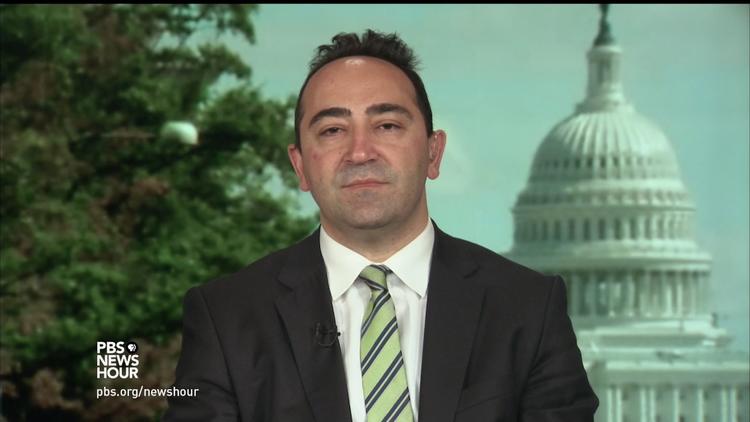 The two countries are deeply divided over Syria policy. Syria is actually several wars at once:

Rebels are fighting the Baath regime of Bashar al-Assad.

An al-Qaeda-linked group is allied with the rebels and spearheading the fight against the regime in the northwest.

ISIL (ISIS, Daesh) is ensconced in the east, imposing a radical fundamentalist cult. It opposes the regime, the rebels and the Kurds.

The Kurdish Democratic Union party controls the northeast. It opposes ISIL and has bad relations with Sunni Arab fundamentalist rebels.

So which of these fights do outside powers prioritize?

The US says, go after ISIL first. That means allying with the Kurds, the only group on the ground with the will to defeat ISIL as its top goal, since ISIL is an aggressive neighbor and has it in for the Kurds.

Second, the US says, al-Qaeda in the northwest needs to either be defeated or to radically de-radicalize.

A tertiary US goal is to see al-Assad step down under pressure from what Washington sees as ‘moderate rebels.’

The conflict between the US and Turkey is mainly about how you order these priorities.

Goal number one is to defeat the Democratic Union Party (PYD) of the Syrian Kurds and make sure it is subordinated to whatever Arab government emerges in Damascus. Ankara sees the PYD and its paraamilitary, the YPG, as linked to the Kurdistan Workers Party, which both Turkey and the US tag as a terrorist organization.

Overthrowing al-Assad is task number two, which means strong backing for the Sunni Arab rebels and winking at the al-Qaeda connection of some of them.

Erdogan goal number three, if it can someday be gotten around to, is to roll up ISIL. But maybe leave it there for a while to put pressure on al-Assad from one side and the Kurds on the other.

Inasmuch as Erdogan has backed Sunni rebels in the far north of the country against ISIL, it wouldn’t be true to say he’s done nothing against the phony caliphate. But rolling it up in Raqqa just isn’t his top priority.

So the US is backing the Kurds as its number one priority, in order to get at ISIL, and that is the opposite of Turkey’s policy.

The Syria priorities have roiled relations between the two countries, for which ERdogan blames the Obama administration.

Erdogan said as he was going to Washington,

“There are Obama’s men in lower positions [in the current administration]. He [Trump] is looking at the situation in Iraq and Syria through the information fed by them. And I say there is no need for the YPG [Syrian Kurdish People’s Protection Units] or PYD [Syrian Kurdish Democratic Union Party]. These are terrorist organizations. Considering cooperation with the YPG as a condition to fight Daesh is in fact destroying the reputation of the US and the [US-led anti-ISIL] coalition.”

Erdogan is wrong. Secretary of Defense Jim Mattis has obviously looked at the Syria battle plan and decided that the alliance with the Kurds is the ony practical approach to defeating ISIL. Moreover, it is necessary for the US to synchronize Syria policy with Iraq, where Kurds are also US allies.

I’m not sure Trump can get his magpie mind around the complexities of Syria. He just patted Erdogan on the back as a good ally against terrorism. Trump has hotel investments in Istanbul, and has admitted that he has a conflict of interest in dealing with Turkey, as a result.

What matters is that Mattis has ordered US priorities opposite from those of Turkey, in continuity with the Obama Pentagon under Ash Carter, and so Washington-Ankara relations are going to remain difficult.