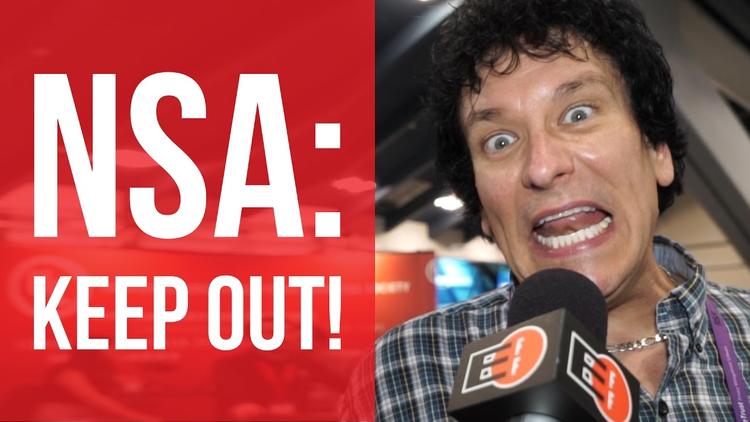 In the latest sign of mission creep in domestic deployment of battlefield-strength surveillance technology, U.S. Immigration and Customs Enforcement (ICE) earlier this year used a cell site simulator (CSS) to locate and arrest an undocumented immigrant, according to a report yesterday by The Detroit News.

CSSs, often called IMSI catchers or Stingrays, masquerade as cell phone towers and trick our phones into connecting to them so police can track down a target. EFF has long opposed CSSs. They are a form of mass surveillance, forcing the phones of countless innocent people to disclose information to the police, in violation of the Fourth Amendment. They disrupt cellular communications, including 911 calls. They are deployed disproportionately within communities of color and poorer neighborhoods. They exploit vulnerabilities in the cellular communication system that government should fix instead of exploit.

Police said they needed CSSs to fight terrorism. Instead, police use CSSs to locate low-level offenders, such as a suspect who stole $60 of food from a restaurant delivery employee.

Now we fear that ICE may be routinely using CSSs to hunt down people whose only offense is to unlawfully enter or remain in the United States. ICE has spent over $10 million to purchase 59 CSSs, according to a recent Congressional report. In the first quarter of 2017, ICE arrested nearly 11,000 undocumented immigrants with no criminal record, more than double the number from the first quarter of 2016. And yesterday, The Detroit News reported that ICE used a CSS to locate and arrest an undocumented immigrant.

It is good news that ICE obtained a warrant before using its CSS to find this immigrant, in accordance with a change in DHS and DOJ policies in 2015. It is also a welcome sign that a bipartisan Congressional report in December 2016 called for federal legislation requiring a warrant for CSS use by law enforcement. But a warrant alone is not enough.

If permitted at all, government use of CSSs should be strictly limited to addressing serious violent crime. Few law enforcement spying technologies are a greater threat to digital liberty: by their very nature, CSSs seize information from all of the people who happen to be nearby. So government should be barred, for example, from using CSSs to hunt down traffic scofflaws, petty thieves, and undocumented immigrants.

Notably, the federal eavesdropping statute limits police use of that surveillance technology to certain enumerated crimes. Because CSSs conduct general searches, any such enumeration for CSSs must be even narrower, and limited to serious violent crimes.

Finally, if government is allowed to use CSSs, there must be other safeguards, too. Government should be limited to using CSSs to acquire location information, and forbidden from using CSSs for other purposes, such as acquiring communications content. An Illinois statute enacted in 2016 contains this limit. Also, government should be required to minimize the capture of information from people who are not the target of investigation, and to immediately destroy all data that does not identify the target. A U.S. Magistrate Judge’s order in 2015 contains this limit.

Too often, government deploys powerful spying technologies against vulnerable groups of people, including immigrant communities, as well as racial, ethnic, and religious minorities. EFF has long opposed this. We thus oppose using CSSs to hunt down undocumented immigrants, or anyone else who is not a serious violent threat to public safety.