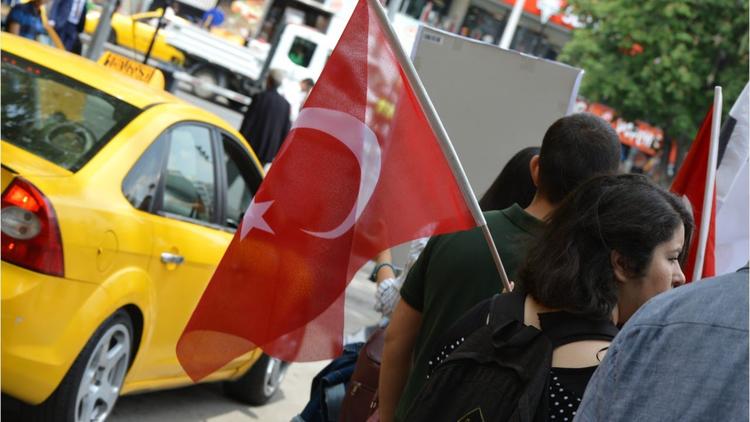 In the US there have been many attempts to expunge evolution from the school curriculm or demand that creationism – the idea that all life was uniquely created by God – is given equal treatment in science textbooks. While all these have failed, the government in Turkey has now banned evolution from its national curriculum.

US creationists want both views to be presented, to let children decide what to believe. Bids to reject this are wrongly characterised as attempts to shut down debate or free speech – to promote a scientific, atheistic, secular, ideology over a more moral, ethical, commonsense religious worldview.

Turkey’s decision goes much further. This isn’t about claiming equal treatment, it’s an outright ban. The government justifies it by claiming evolution is “difficult to understand” and “controversial”. Any controversy however is one manufactured by ultra-religious communities seeking to undermine science. Many concepts in science are more difficult than evolution, yet they still get taught.

Evolution, creationists argue, is just a theory – it’s not proven and so up for debate. Evolutionary trees (especially for humans) are regularly re-drawn after new fossil discoveries, showing how poor the theory is. After all, if the theory was correct, this wouldn’t keep changing. Often, creationists will pose a challenge for science to prove how life started, knowing that there is not yet a firm, accepted theory. Finally, there’s the king of all arguments: if we all evolved from monkeys, why are there still monkeys?

These arguments are packed with factual inaccuracies and logical fallacies. Evolution doesn’t need an explanation of how life started. It simply describes how life develops and diversifies. Humans did not evolve from monkeys – we‘re great apes. Modern apes, including humans, evolved from now extinct pre-existing ape species. We’re related to, not descended from, modern apes.

Creationists fail to understand that evolution itself is not a theory. Evolution happens. Life develops and diversifies, new species come into existence. We can see intermediate life forms right now, such as fish that are transitioning to living on land and land mammals that recently transitioned into aquatic life. The “theory of evolution” explains how evolution takes place. Charles Darwin and Alfred Russel Wallace first described the mechanism that drives the change – natural selection – in 1858.

Creationists also fail to understand the difference between a theory and a law in science. This is something that even science graduates suffer from, as I’ve noted in my own research. Theories explain scientific concepts. They are evidenced and accepted by the scientific community. Theories are the pinnacle of scientific explanation, not just a hunch or a guess. Laws however have a different role, they describe natural phenomena. For example, Newton’s laws of gravity do not explain how gravity happens, they describe the effects gravity has on objects. There are laws and theories for gravity. In biology however, there are few laws, so there is no law of evolution. Theories do not, given sufficient proof, become laws. They are not hierarchical.

A third issue is the lack of understanding of the nature of science. Science aims not to find some objective truth, but to elicit an explanation of natural phenomena. All scientific explanations are provisional. When new evidence is found that contradicts what we think we know, we change our explanations, sometimes rejecting theories that were once thought to be correct. Science is always working to try and falsify ideas. The more those ideas pass our tests, the more robust they are and the greater our confidence is that they are correct. Evolution has been tested for nearly 160 years. It’s never been falsified. Science only deals with natural phenomena, it doesn’t deal with or seek to explain the supernatural.

Why the ban is dangerous

Banning good science undermines all science, especially considering evolution’s place underpinning modern biology, with plenty of evidence to support it. For mainstream scientists, the fact that evolution happens is neither seriously questioned nor controversial. Any controversy in discussions of evolution resides in the role natural selection has in driving diversity and change, or the pace of that change.

This ban on teaching evolution in Turkish schools opens up the possibility that alternative, unscientific ideas may enter science teaching, from those who believe in a flat earth to deniers of gravity.

How do we deal with the apparent schism between religious belief and scientific evidence?

My research and approach has been to distinguish between religion, a belief system, and science, which works on the acceptance of evidence. Beliefs, including but not limited to religious beliefs, are often held irrationally, without evidence, and are resistant to change. Science is rational, based on evidence and is open to change when faced with new evidence. In science, we accept the evidence, rather than “choose to believe”.

Turkey’s move to ban the teaching of evolution contradicts scientific thinking, and tries to turn the scientific method into a belief system – as if it were a religion. It seeks to introduce supernatural explanations for natural phenomena, and to assert that some form of truth or explanation for nature exists beyond nature. The ban is unscientific, undemocratic and should be resisted.