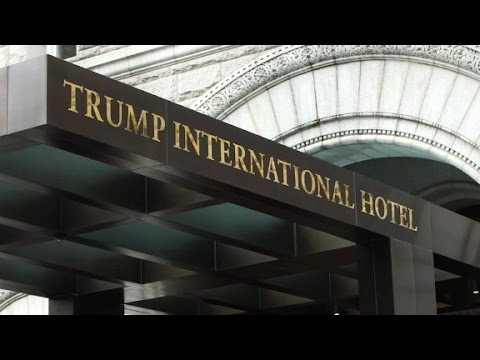 NEW YORK – US President Donald Trump’s ravings against the 2015 Paris climate agreement are partly a product of his ignorance and narcissism. Yet they represent something more. They are a reflection of the deep corruption of the US political system, which, according to one recent assessment, is no longer a “full democracy.” American politics has become a game of powerful corporate interests: tax cuts for the rich, deregulation for mega-polluters, and war and global warming for the rest of the world.

Six of the G7 countries worked overtime last week to bring Trump around on climate change, but Trump resisted. European and Japanese leaders are accustomed to treating the US as an ally on key issues. With Trump in power, it is a habit they are rethinking.
But the problem goes beyond Trump. Those of us living in the United States know first-hand that America’s democratic institutions have deteriorated markedly over the last several decades, beginning perhaps as far back as the 1960s, when Americans began to lose confidence in their political institutions. US politics have become increasingly corrupt, cynical, and detached from public opinion. Trump is but a symptom, albeit a shocking and dangerous one, of this deeper political malaise.

Trump’s policies embody mean-spirited priorities that are widely backed by the Republican Party in the US Congress: slash taxes for the rich at the expense of programs to help the poor and working class; increase military spending at the expense of diplomacy; and allow for the destruction of the environment in the name of “deregulation.”

And, indeed, from Trump’s perspective, the highlights of his recent trip abroad were signing a $110 billion arms deal with Saudi Arabia, berating other NATO members for their supposedly insufficient military spending, and rejecting the pleas of US allies to continue in the fight global warming. Congressional Republicans broadly cheer these frightening policies.

Meanwhile, Trump and the Republican-controlled Congress are trying to rush through legislation that would deprive more than 20 million people of health care, in order to cut taxes for the richest Americans. Trump’s newly proposed budget would slash Medicaid (health insurance for the poor), the Supplemental Nutrition Assistance Program (food for the poor), foreign assistance (aid for the world’s poorest), funding for the United Nations, and spending on science and technology. Trump would, in short, gut the federal programs for education, training, the environment, civilian science, diplomacy, housing, nutrition, and other urgent civilian priorities.

These are not the priorities shared by most Americans – not even close. A majority wants to tax the rich, maintain health coverage, stop America’s wars, and fight global warming. According to recent polling data, Americans overwhelmingly want to stay in the Paris Climate Agreement, which Trump has pledged to leave. Trump and his cronies are fighting public opinion, not representing it.

They are doing this for one reason, and one reason only: money. More precisely, Trump’s policies serve the corporate interests that pay the campaign bills and effectively run the US government. What Trump signifies is the culmination of a long-term process whereby powerful corporate lobbies have bought their way to power. Today, companies like ExxonMobil, Koch Industries, Continental Energy, and other mega-polluting companies no longer need to lobby; Trump has handed them the keys to the State Department, the Environmental Protection Agency, and the Energy Department. They also hold senior congressional staff positions.

Much of the corporate money can be traced; the rest flows anonymously, as “dark money” that avoids public scrutiny. Supreme Court justices who themselves were frequently wined and dined by corporate donors gave the green light to keep these corrupt flows secret in their infamous Citizens United decision.

As investigative journalist Jane Mayer has documented, the largest source of dark money is the tandem of David and Charles Koch, who inherited the highly polluting Koch Industries from their father, a man whose business history included building a major oil refinery for Germany’s Nazi regime. The Koch brothers, with a combined net worth of some $100 billion, have spent freely for decades to take over the US political system, mobilizing other right-wing corporate interests as well.

When it comes to tax policy and climate change, the Republican Party is almost completely in the hands of the Koch brothers and their oil-industry cronies. Their immoral aim is simple: to cut corporate taxes and deregulate oil and gas, regardless of the consequences for the planet. To achieve these goals, they are prepared to try to remove millions of poor people from health-care coverage, and even more shockingly, to put the entire planet at dire risk of global warming. Their evil is chilling, but it is real. And Trump is their factotum.

Before Trump’s recent foreign trip, 22 Republican senators sent him a letter calling for the US to withdraw from the Paris climate accord. Almost all receive significant campaign funding from the oil and gas industry. Most of them probably depend directly on donations from the Koch brothers and the lobbying organizations that they secretly finance. As the Center for Responsive Politics, a public-interest group, has shown, spending by oil and gas companies on federal candidates in the 2016 election totaled $103 million, with 88% going to Republicans. This of course includes only the funds that can be tracked to particular donors.

The rest of the world urgently needs to understand America for what it has now become. Behind the formal structures of a once-functioning democracy is a political system run by corporate interests with the cynical aims of cutting taxes on the rich, selling weapons, and polluting with impunity. In Trump, they have found a shameless frontman and TV personality who will do their bidding.

It is now the job of the rest of the world to say no to America’s reckless corporate greed, and of Americans themselves to reclaim their democratic institutions by pushing dark money and corporate malevolence from their midst. Given the small (52-48) Republican majority in the Senate, the Democrats and just three honest Republicans would be in a position to block most or all of the Trump-Koch agenda. The situation is therefore salvageable, though it remains highly dangerous. Americans – and the world – deserve much better.