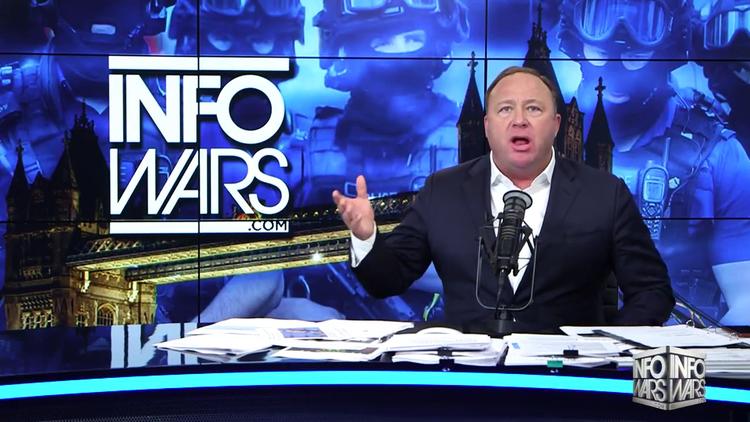 On hearing the news that Darren Osborne was arrested for terror offences including attempted murder following an attack on a group of Muslims near the Finsbury Park Mosque, it would have been easy to jump to the conclusion that the act was motivated by far-right ideologies.

But, while it would appear Osborne followed both Paul Golding and Jayda Francis – two leaders of the far-right group Britain First – on Twitter, officials said the suspect had no concrete links with any far-right group nor was he known to the security services. The investigation will now turn to what motivated the attack, which has rightly been described as terrorism.

The night out test

For almost two decades, my research has shown how anti-Muslim views have become increasingly unquestioned and accepted in both the public and political discourse. In this respect, despite being roundly criticised by the right-wing press, Sayeeda Warsi, former co-chair of the Conservative party, was right when she said in 2011 that Islamophobia had passed the dinner table test.

I would go further and say that it had in fact passed the playground test, the workplace test, and the night out test. This is because those in positions of influence have historically been far too lenient in allowing things to be said about Muslims that they would not have tolerated were they said about others.

This “white noise” about Muslims and Islam was allowed to form a seedbed from which much of today’s Islamophobic discussion and rhetoric subsequently emerged. It has become the norm. In an overwhelmingly negative and dangerously stereotypical way, Muslims and Islam have routinely and repeatedly been positioned as the undeniable “other” to who we were, what we stood for, how we lived our lives, and what we held dear in terms of our values. In essence, Islamophobic notions and expressions were seen to “make sense” in Britain.

There can be little doubt that one of the main contributors to this “white noise” has been far-right groups such as the English Defence League (EDL) and Britain First. Without any constraints being placed on them, they were only allowed to become ever more confrontational and aggressive towards Muslims and mosques. The mainstream media gave them a platform from which to voice their explicit and divisive message about Muslims and Islam.

The day after the Finsbury Park attack, the former leader of the EDL, Tommy Robinson, was invited onto ITV’s Good Morning Britain. While the show’s host, Piers Morgan, rightly chastised Robinson for the bigoted views he expressed, there can be no doubt that he was invited on to do exactly that. His track record shows that objectivity and sensitivity are not two of his better known qualities.

Robinson had posted a video online shortly after the recent terror attacks in London and Manchester stating that “if we don’t get this issue dealt with, the British public will,” before adding: “They [the white British] will end up taking matters into their own hands”.

After the Finsbury Park Mosque attack, Robinson said it was one of “revenge”, a point reiterated by the leader of the South Wales National Front, Adam Lloyd. While denying any links to the suspect, Lloyd said: “Anyone with a right mind can see this is not a terrorist attack but a revenge attack.”

A change in tone

Following the Finsbury Park attack, Theresa May, said there had been “far too much tolerance of extremism in our country over many years – and that means extremism of any kind, including Islamophobia”. The prime minister said her government would act to “stamp out extremist and hateful ideology”.

A number of suggestions come to mind. First, May and her political colleagues could begin to think about Islamophobia away from the spectre of extremism. Islamophobia isn’t a form of extremism, nor is it synonymous with extremism. It doesn’t only occur after terror atrocities – Islamophobia affects the day-to-day lives of many Muslims going about their business – and it isn’t only perpetrated by those we might define as being extremists.

Second, they might consider the tone of the way they talk about Muslims in Britain. Rather than being used as scapegoats for the actions of criminals, Muslims need to be spoken about and referred to as being a part of who “we” are in the 21st century – and as partners rather than enemies.

Third, we need to limit the disproportionate airtime afforded far-right extremists such as Robinson. This is not to suggest that free speech should be curtailed, just that measures that seek to provide balance are assessed proportionately. The same needs to be applied to those celebrities, personalities and commentators who become famous solely for making bigoted public statements. These would include Katie Hopkins among others. Hate should not be given preference or legitimacy.

Not allowing hateful messages about Muslims – or indeed any other group – to be broadcast or widely shared will help to ensure that the white noise is neither seen to be normal, nor justified.

Now is the time to take Islamophobia seriously.