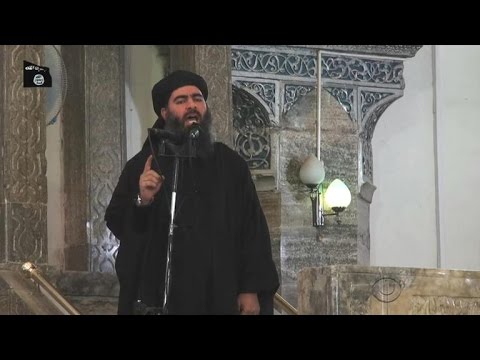 The destruction of the 800-year-old edifice was undertaken at a time when Iraqi government troops were closing in on this area in Mosul’s Old City, the last remaining bastion of Daesh there, where 3,000 fighters are still keeping some 100,000 people as human shields. That is about a tenth the strength they initially had.

I once called the destruction by the US Air Force of the annex to the Iraqi National Archives where 19th century administrative documents were housed a “cliocide,” a killing of history itself. The razing of the Nuri Mosque is another act of cliocide. Ironically, I also once suggested that the main antecedent for Daesh, of a state that held both Mosul and Aleppo, was the Zangid polity before the rise of Saladin Ayyubi. Daesh emulated the Zangids geographically and now they have wiped out one of their major surviving architectural legacies.

Iraq prime minister Haydar al-Abadi remarked that the terrorist organization was by this act announcing its own defeat.

This is a fair observation. Daesh was proud of having captured Mosul and of having taken that mosque, built in the rule of Nur al-Din Zangi, a Muslim ruler who held Mosul and Aleppo during the era of the medieval Crusades. They would not have destroyed the mosque where their leader Abu Bakr al-Baghdadi declared his claim to the caliphate (a lapsed medieval institution akin to the Christian papacy) unless they knew they were about to lose control of it.

Daesh has beheaded and otherwise slaughtered so many real, living human beings that it is perhaps wrong to concentrate on the destruction of a mere building.

But historical consciousness matters, and helps make us who we are. Mosulis were fiercely proud of the great mosque. Its minaret famously leaned, and that seems to have started happening soon after it was built. The medieval traveler Ibn Battuta spoke of seeing a leaning structure at the city’s citadel, and he likely was referring to this mosque.

The siege of Daesh has gone on for months, and the Iraqi counter-terrorism brigades are exhausted. They continue to fight on, and will eventually liberate all of Mosul.

Daesh sought support from sympathizers by falsely claiming that the US struck at the mosque. The US Air Force, however, denied that it was running any bombing raids in that part of Mosul.

We are seeing the slow destruction of Daesh as a territorial state. Eventually West Mosul will fall (though they have put up a more bloody-minded and dogged existence than anyone would have imagined.). Daesh believes that the last days are upon us, and its destruction of the mosque is likely an announcement of the near advent of the Judgment Day in their eyes. But actually we’ll all be around for a while to do ordinary non-apocalyptic politics.

But the grievances that gave rise to Daesh and led to the establishment of this iniquitous city-date are still there. How Baghdad treats post-war Mosul will be crucial.