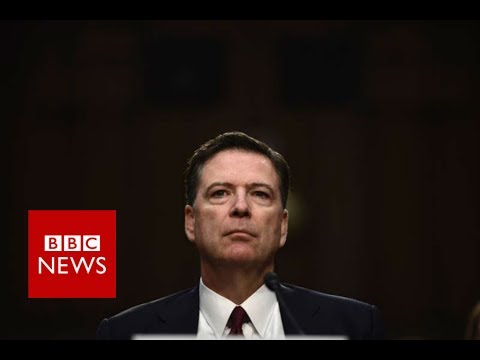 “Impeachment takes time but we need to start the process now. It’s time to call for impeachment hearings.”

On the heels of fired FBI Director James Comey’s “unprecedented” and “devastating” testimony on Thursday, in which he accused the White House of “lies” and said President Donald Trump exerted a “chilling effect” on the FBI’s Russia probe, calls for impeachment proceedings to begin have reached a fever pitch.

Comey’s testimony, declared Indivisible in a statement, “confirms that Donald Trump tried to obstruct justice. That is an impeachable offense. Impeachment takes time but we need to start the process now. It’s time to call for impeachment hearings.”

“[The Comey testimony] confirms that Donald Trump tried to obstruct justice. That is an impeachable offense.”
—IndivisibleMoveOn.org issued its own recommendation to the U.S. Congress, noting “it is now clear that Trump’s effort to use the powers of the presidency to interfere with an ongoing investigation of whether, how, and why a foreign power tried unlawfully to undermine our electoral process is exactly the kind of fundamental abuse of power that the founders believed is an impeachable offense—a ‘High Crime or Misdemeanor’ under our Constitution.'”

On several occasions during Thursday’s hearing before the Senate Intelligence Committee, Comey himself addressed the question of whether Trump abused the power of his office by expressing his “hope” that the FBI would end its investigation into the conduct of retired general and former National Security Advisor Michael Flynn.

“I don’t think it’s for me to say whether the conversation I had with the president was an effort to obstruct,” he told Sen. Richard Burr (R-NC). “I took it as a very disturbing thing, very concerning. But that’s a conclusion I’m sure the special counsel will work toward, to try and understand what the intention was there and whether that’s an offense.”

Comey just made it pretty clear Mueller is going to investigate obstruction of justice. A bombshell for the WH.

While Comey expressed his belief that Trump’s comments on the Flynn investigation—which were allegedly made during a one-on-one dinner conversation with the former FBI director—amounted to “a direction,” Sen. Jim Risch (R-ID) questioned whether expressing “hope” for an outcome amounts to obstruction.

But analysts quickly shot down Risch’s argument, noting that the legal definition of obstruction of justice is not limited to an explicit order. As constitutional scholar Daniel Hemel wrote in Vox, “at least two federal courts of appeals have found that ‘I hope’ statements, when spoken by a defendant with potential sway over the statement’s target, can constitute obstruction of justice.”

None of this is to suggest that indictment or impeachment is imminent. What this does suggest is that Comey’s testimony—combined with Trump’s reported request that Coats intervene in the Flynn investigation, Coats’s nondenial of that report, and the president’s subsequent firing of the FBI chief—makes the case that Donald Trump committed obstruction of justice quite a bit more plausible than it was when the week began.

“The key question,” former federal prosecutor Renato Mariotti concluded in an interview with CNN, “is whether the president acted with corrupt intent.”

A growing number of Americans, according to recent opinion surveys, believe that he did. A Washington Post/ABC poll published prior to Comey’s testimony found that 61 percent of the American public believes “Trump fired Comey to protect himself rather than for the good of the country.”

All of this—the arguments of lawmakers, legal scholars, and former prosecutors in conjunction with Comey’s account and surging public outrage—amounts to an overwhelming cumulative case in favor of initiating the impeachment process.

At the very least, argued Public Citizen in a statement released shortly following the Comey hearing, an independent commission should be established.

“The calls for answers have only become louder and the questions more urgent,” the statement noted. “We must better understand the potential interference by Russia in the 2016 presidential race and what collusion may have occurred between members of the Trump campaign and foreign nations. We also need to understand how and if the president’s foreign entanglements and conflicts are jeopardizing our nation’s security…and if the firing of Comey should be considered obstruction of justice in a criminal or constitutional sense.”