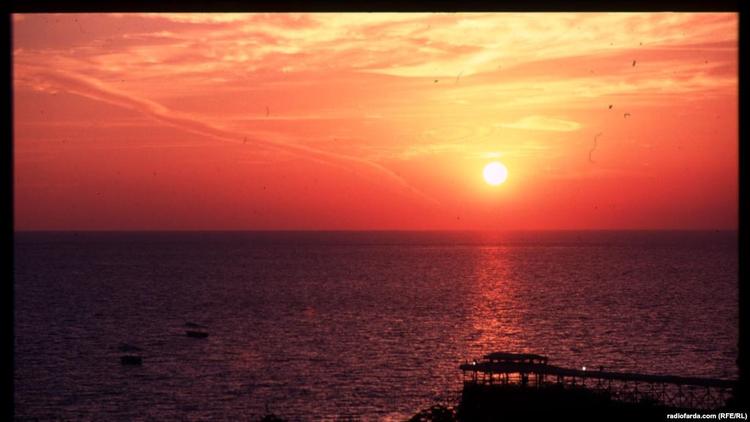 Iran’s potential as a holiday destination is vast, but foreign tourists have largely avoided the country ever since the Islamic Revolution in 1979.

The reasons are numerous. The visa process can be lengthy and complex. Some female visitors object to customary restrictions on dress. Alcohol consumption is heavily restricted. And, for many foreigners when considering a holiday in the Islamic republic, fears of detention and political upheaval enter the mind. 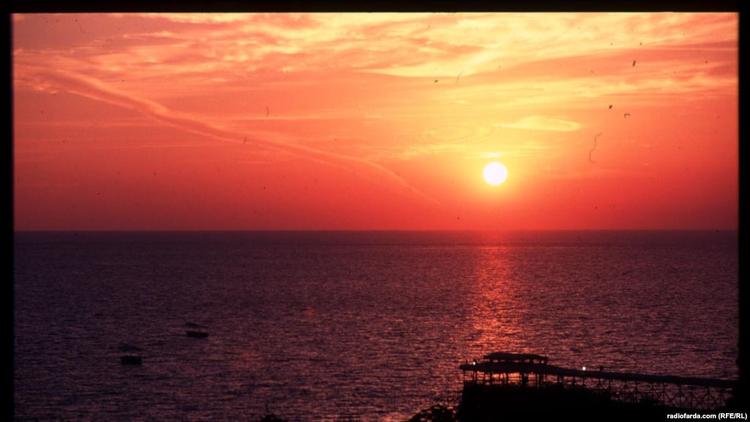 The sunset on the Persian Gulf from Kish Island

Under President Hassan Rohani, a relative moderate who won a second term in office with a convincing first-round victory in Iran’s May 19 presidential election, the country has welcomed foreigners as part of an effort to improve its international image and boost an economy battered by low oil prices and years of crippling international sanctions imposed over Iran’s contentious nuclear program.

A tour of ancient ruins in Iran.

Since the signing of a nuclear deal with world powers in 2015 that was the crowning achievement of Rohani’s first term, tour companies have launched holiday packages and major European airlines have resumed regular flights to Iran. The number of foreign tourists has increased accordingly, and the cash-strapped government is planning to build on its tourism revival by easing visa restrictions and spending heavily to spruce up tourist accommodations and shabby transportation networks.

In 2015, Masoud Soltanifar, the head of Iran’s Cultural Heritage, Handicrafts, and Tourism Organization, said he was expecting a "tsunami of tourists" once sanctions were lifted following the nuclear deal under which Iran’s nuclear program would be curbed in return for the lifting of sanctions.

The World Bank said the number of visitors to Iran increased from 2.2 million in 2009 to 5.2 million in 2015, and Iranian officials expect that trend to continue.

The influx of tourists has brought the country billions of dollars in revenue and created badly needed jobs. In 2015, Iran earned some $7.5 billion in tourism revenue; the government hopes to attract some 20 million foreign tourists by 2025 and gross some $30 billion.

Business Insider and Bloomberg have both named Iran among the "Top 50" and "Top 20" destinations to visit in 2017 due to security and the country’s ancient architecture, famous bazaars, and natural beauty.

To put Iran on the map for tourism in the region, authorities have announced sweeping plans that include easing visa restrictions to attract more foreign tourists. Issuing visas on arrival at the airport for nationals of 190 countries as well as issuing electronic visas are among the initiatives being considered by Iranian officials. Citizens from the United States, Canada, and Britain would still only be allowed to travel on escorted tours.

The government has also announced plans to create sufficient accommodation and transportation for the growing number of tourists. There is a plan to increase the number of higher-end hotels from 130 to more than 1,000 in 10 years. Iran also plans to add 400 new passenger planes to its domestic fleet to compensate for shortages due to international sanctions over the past three decades.

The plan is to make Iran a hotspot that would rival regional destinations. Like Turkey, the United Arab Emirates, and Egypt, Iran is blessed with natural wonders. The Islamic republic also has a sunbaked coast with hundreds of kilometers of beaches. Iran is also a haven for culture buffs, with 19 World Heritage sites, including the ancient desert city of Bam and the ruins of Persepolis.

Key to the government’s plans to boost tourist numbers is Kish Island, one of a handful of free-trade zones in Iran. The southern island in the Persian Gulf is known for its newly built, multistory malls; sparkling jewelry stores; and swanky, five-star hotels hugging the coast.

The island is a tourist hotspot that attracts an estimated 1 million people every year, mostly Iranians. But Tehran is stepping up its efforts to make the island, located 16 kilometers from the mainland, a destination for foreign visitors as well.

Iran’s first cruise ship since 1979 made its maiden voyage on April 13, docking at another Iranian Gulf resort island, Qeshm, with more than 200 passengers on board.

Sunny, the cruise ship to dock at Kish Island in nearly 40 years, shown in April.

The seven-floor, Swedish-built cruise liner, named Sunny, is equipped with two cinemas, restaurants, a swimming pool, and a conference hall. With the capacity to carry up to 1,600 passengers and 200 vehicles between the two islands, the ship is intended to help launch a "boom [in] marine tourism," according to Iran’s state IRNA new agency.

Kish Island is known as an oasis of luxury and relative freedom in the otherwise conservative Islamic republic.

Women can be seen dipping their bare legs in the warm sea, alcohol is easier to come by, and even prostitutes can be seen on the promenades. It is a world away from the mainland where a strict ban on alcohol and prostitution is enforced and women must be covered.

Visitors to Kish are attracted by the duty-free shops, resort hotels, water sports, and an opportunity to escape the strict social norms on the mainland. A small number of foreigners are also going to Kish, where they do not need a visa and where they can mingle freely in foreigners-only parts of the island.

Authorities occasionally crack down on cinemas playing Western films, shops displaying mannequins that are deemed too exposed, and restaurants selling alcohol, but that is the exception.

Mina, a 21-year-old Iranian student who has visited Kish Island twice, says Iranians go there to escape the social restrictions on the mainland.

"I went there to relax because there is more freedom here than in cities like Tehran," says Mina, who did not want to reveal her full name. "There are beaches here and there are things to do at night. You can do things here that you can’t in Tehran."

Mina, who visited Kish last year, says she rented out an apartment with her friends, including male friends. In other parts of Iran, couples are required to prove they are married to rent a room.

She also says women do not have to cover their heads completely. They can wear their head scarves loosely or wear a hat, although authorities still say women should be dressed modestly.

"I saw more foreigners coming to Kish, and as long the infrastructure improves, more will come," she said.