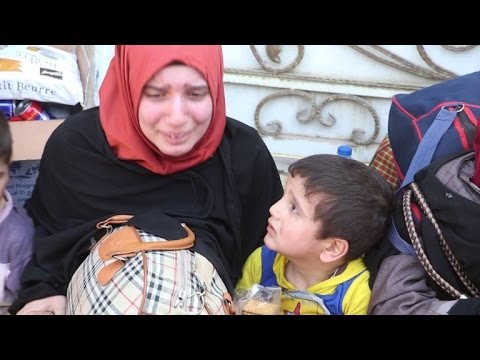 The Iraqi army has created pathways for civilians trapped in Mosul to escape and at least 100 have managed to flee to safety.

The chief of operations for the Elite Iraqi Counter-Terrorism forces, Ma’n al-Sa`di, said that his units are engaged in vicious battles despite the difficult terrain. At the same time, 8 persons were killed by a suicide bombing in a popular market in east-central Mosul.

Daesh fighters, holed up in the Old City, are mostly foreign volunteers

A couple of days ago, Al Jazeera reported that Iraqi prime minister Haydar al-Abadi has announced that Mosul will be liberated from Daesh (ISIS, ISIL) during the coming days. At the same time, the head of the national federal police, Ra’id Jawdat, said that his forces had surrounded Daesh in the two districts of Ra’s al-Jada and Bab al-Bayd Old Mosul.

During this current campaign, the Iraqi Army also said that it is making more progress in encounters with Daesh, despite intense fighting, than it had anticipated, with their advance happening rapidly amid house to house fighting.

Mosul was the last major urban asset of Daesh in Iraq.

Over the border in Syria, Daesh is also losing neighborhoods to the Kurdish YPG supported by the US Air Force.

In Old Mosul in Iraq, some 150,00 civilians are still trapped between Daesh and the advancing Iraqi Army.