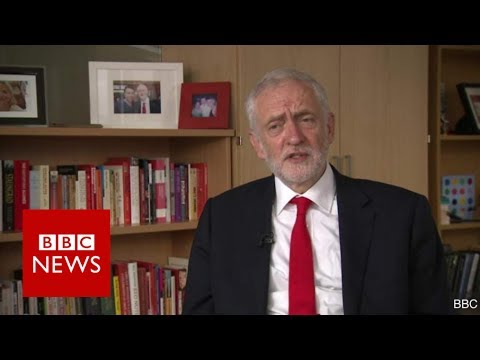 Labour leader’s former foes give credit to his campaign platform.

His years of being considered an outsider who didn’t understand the British electorate now appear to be behind him.

Supporters of the U.K. Labour Party leader Jeremy Corbyn say his steadfast approach to left-wing policies has been vindicated by his success in Thursday’s vote.

Corbyn steered it to gain 3.5 million more votes than in 2015, boost its share of the vote by 10 points, and increase its number of seats by 30.

The party’s Deputy Leader, Tom Watson, said, “Labour fought a people-powered campaign, putting passion and principle against the Tories’ corporate millions and we did better than many said we would. People responded well to Jeremy Corbyn’s energy, honesty, candor, and energy – just as they saw Theresa May run away from holding herself to account.”

Corbyn battled the election campaign on a platform of social reform.

His manifesto promised to give the nation hope by nationalising key industries, scrapping student tuition fees, increasing spending on health and child care, boosting the police force as well as introducing tax hikes for high earners.

In his acceptance speech after being re-elected MP for Islington North, Corbyn said, “Politics has changed. Politics is not going back into the box where it was before.”

The right-wing press in the U.K. had accused him of dragging the country back to the 1970s with his policies.

But some outlets are conceding they may have misread public opinion.

Writing in an opinion piece in Friday’s Daily Telegraph, Tom Harris said, “May is not the only person in the country who will feast on humble pie this morning. General elections throw up winners and losers, and in the latter camp must be included all of those – all of us – who confidently predicted that Jeremy Corbyn would prove toxic to the electorate.”

Many of Corbyn’s former opponents within the party are eating at the same table.

Last year three-quarters of Labour MPs voted against him staying on in the leadership role, in a failed coup attempt.

One of his challengers, Tom Watson, was an outspoken critic.

Speaking to the BBC on Friday, Watson said, “I was clearly wrong in feeling that Jeremy was unable to do this well and I think he’s proved me wrong and lots of people wrong and I take my hat off to him.”

When asked whether Corbyn’s or Labour’s policies won the election, he said: “It has to be both. I don’t know what Jeremy’s got but if we could bottle it and drink it we’d all be doing very well.”

While another former opponent, Chuka Umunna, a Labour MP for a southwest London seat now believes that “he has done a really, really good job getting across a hopeful, optimistic vision and set of policies, which we’ve advanced during this campaign … Corbyn remains leader of the Labour Party, quite rightly so, after this campaign.”

All of this marks a major shift to the left for the party.

Since the mid-1980s Labour has assumed that the only way it could win would be to move to the center, dropping left-wing policies such as nationalizing industries and having the state play a greater role in the market.

Internal divisions, including the battle to throw out the so-called militant tendency, threatened to tear the party apart. Corbyn’s former adversary Tony Blair brought Labour back to power, but at a cost to its original principles.

Blairite policies marked a major shift to the center-right and alienated many on the left.

Now a report in The Economist says “the parliamentary Labour Party will now be engaged in a fundamental rethink … Corbyn has redefined the parameters of the possible. The Blair era truly ended on June 8th.”