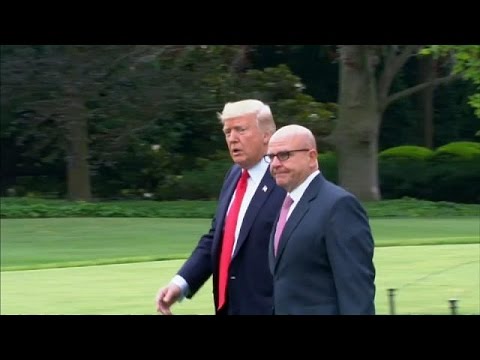 The three previous presidential impeachment inquiries rested on less evidence of obstruction of justice than is already publicly known about Trump.

The real reason Democratic leaders don’t want to seek an impeachment now is they know there’s zero chance that Republicans, who now control both houses of Congress, would support such a move.

Rep. Al Green (D-Texas) is already drafting articles of impeachment related to Trump’s firing of FBI Director James Comey, believing there’s enough evidence of Trump’s obstruction of justice to begin an impeachment inquiry (not to mention Trump’s blatant violation of the Constitutions emoluments clause by profiting off his presidency, and much else).

But Democratic leaders are pushing back, warning there aren’t enough facts to justify an impeachment inquiry at this point, and, in any event, such an inquiry would politicize ongoing congressional investigations.

Historically, the three previous impeachment inquiries in the House (involving presidents Andrew Johnson, Richard Nixon, and Bill Clinton) rested on less evidence of obstruction of justice than is already publicly known about Trump.

In addition, we have Trump’s interview with Lester Holt on NBC and Trump’s subsequent meeting with Russian officials in the Oval Office. In both instances, Trump connected his firing of Comey with the Russian investigation.

Also bear in mind the obstructions of justice that caused the House to impeach previous presidents concerned issues far less serious than Trump’s possible collusion with a foreign power to win election.

Democratic leaders say they don’t want to talk about impeachment now because they’re worried about politicizing the current congressional investigations, which aren’t impeachment inquiries. Hello? Republicans have already politicized them.

The real reason Democratic leaders don’t want to seek an impeachment now is they know there’s zero chance that Republicans, who now control both houses of Congress, would support such a move. So why engage in a purely symbolic gesture?

Democratic leaders figure that between now and the midterm elections there will be even more revelations from non-partisan sources – future testimony by Trump operatives like Michael Flynn and Roger Stone, early reports from Special Counsel Robert Mueller’s investigation, and leaks to the press – that will build the case, and fuel more public outrage.

That outrage will give Democrats a strong chance of taking back the House and maybe even the Senate. Then they’ll really impeach Trump.

I can’t argue with the political logic of Democratic leaders. And if their strategy will lead to Trump’s ouster sooner than any other way, I’m all for it.

But here’s the problem. It’s not clear America can wait for the midterm elections, followed by what’s likely to be a long and drawn-out impeachment investigation, followed by a trial in the Senate. (Note that none of the presidents listed above was ever convicted by the Senate and thrown out of office.)

With each passing day, Donald Trump becomes a greater danger to America and the world. We don’t have time.

The advantage of introducing a bill of impeachment now—even attempting to do so—is that such an action might itself galvanize the vast majority of Americans who want Trump out of office. It could mobilize and energize people around the most important immediate issue facing the country.

Never underestimate the power of a public aroused to action. It is worth recalling that Nixon resigned of his own accord before the House had even voted out an impeachment resolution. The American public demanded it.

This article was originally published at RobertReich.org. It has been edited for YES! Magazine.

Robert Reich is the chancellor’s professor of public policy at the University of California at Berkeley. He has served in three national administrations, most recently as secretary of labor under former President Bill Clinton. He has written 13 books, including “The Work of Nations,” “Locked in the Cabinet,” “Supercapitalism,” and his most recent book, “Aftershock.” He blogs at www.robertreich.org.

EuroNews: ” Trump confirms he is under investigation”