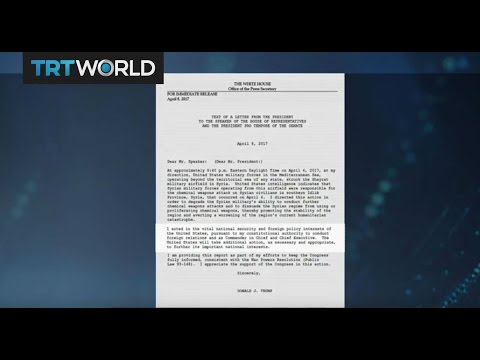 Syrian President Bashar al Assad claims to have won the war and that he is merely mopping up remaining rebel groups.

With its escalation of the undeclared war in Syria, the Trump Administration risks a direct military confrontation with Russia.

On June 20, the United States shot down an Iranian drone flying near allied rebels in southeastern Syria. On June 17, a U.S. fighter jet downed a Syrian Air Force bomber, asserting that the Syrians threatened the ground positions of Syrian Kurdish allies.

Russian officials immediately warned that Russian radar would target U.S. war planes flying in western Syria. Russia said it would shut down the Russian-U.S. hotline aimed at avoiding accidental military conflict over the skies of Syria.

The Russian Foreign Ministry issued a statement that warned U.S. planes would be in danger “if they take action that poses a threat to Russian aircraft.” The United States has now attacked the Syrian military and its allies seven times, including one “accidental” attack near Deir ez-Zor last September that killed sixty-two Syrian soldiers.

The air war escalation is “extremely dangerous,” Juan Cole, a professor of history at the University of Michigan and an expert on the Middle East, told The Progressive. “Any time you have two great-power air forces operating in the same area with different war aims, the danger of conflict is extreme. The Trump Administration seems to be sleepwalking into a global confrontation.”

Competing military forces are scrambling to take over territory abandoned by the Islamic State as it is driven out of Raqqa and other cities. The government of Bashar al Assad now controls much of western Syria and is moving to reclaim some former Islamic State areas in the east. Syrian Kurds control a strip in the north. Various other rebels dominate in northwestern and southern parts of the country.

Areas under competing military forces. The Carter Center has created an excellent interactive map showing the evolution of the conflict since 2015.

The latest U.S. military attacks—along with those of Russia, Turkey and Iran—bring Syria closer to de facto partition, Cole said.

The U.S. later allied with the Syrian Kurdish People’s Protection Units (YPG) and the mainly Arab Syrian Democratic Forces (SDF), seeking to use the fighting capabilities of these militias to defeat the Islamic State and establish U.S.-controlled territory.

Nevertheless, within weeks of taking power, the Trump Administration doubled the number of U.S. troops fighting in Syria to about 1,000. It shipped artillery and other sophisticated arms to northern Syria, and operated small bases in southeast Syria.

In 2014 the Islamic State attacked Yazidis and other minorities living in Iraq. The Obama Administration used the attack as an excuse to bomb Syria.

From 2014 to the present, U.S. air attacks have killed over 4,000 civilians in Syria and Iraq, according to Airwars, a non-profit group that tabulates open source information.

The Pentagon has not revealed the overall cost of the Syrian War. But the Tomahawk missile strike against a Syrian air field, by itself, cost an estimated $60 million.

“On the campaign trail, he talked about getting along with Russia and not engaging in regime change,” McAdams told The Progressive. “I was hoping he would be better.”

McAdams noted that Trump “doesn’t have a philosophy, a sense of what the U.S. role should be in the world. He has a lot of bravado, and that’s an opening for advisors to say ‘don’t be a wimp.’”

Neither the United Nations nor Congress has approved the new war against the Assad government. The Trump administration claims it’s fighting in self defense.

“That’s laughable,” said McAdams. “The U.S. is occupying Syrian territory. You can’t break into someone’s house, and when they try to get you out, shoot them and say it was self defense.”

Nevertheless, the United States has stationed troops in several parts of Syria with no indication how long they will remain. And the Russians now have 49-year leases on two large military bases in northwestern Syria.

Turkey sent its troops into northern Syria with the excuse that the leading Kurdish group is a terrorist organization. Turkey has also established a military base in Syria near the Turkey-Syria border.

Unless foreign powers withdraw, Syria is in danger of being permanently partitioned along lines dictated by outside powers.

The continued presence of U.S. and other foreign troops make reaching a political settlement all the more difficult. At the moment, none of the political players seem interested in peace talks.

Assad and his allies think the Syrian government has won the war and merely needs time to mop up the remaining “terrorist” opposition. The IS, while severely weakened, will likely continue terrorist attacks on civilians. Rebel groups backed by the U.S., Saudi Arabia and Israel show no signs of giving up anytime soon.

Cole said the warring factions could make progress by agreeing to a ceasefire, writing a new constitution, and holding free and fair elections.

“That could resolve things peacefully,” he said. But at the moment no side is willing to make the necessary compromises. He predicts fighting will continue for at least the next five years. 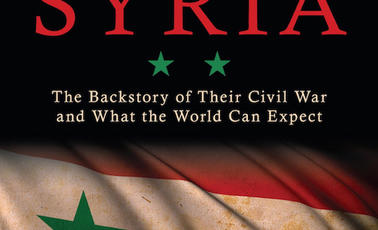 Inside Syria: the Backstory of Their Civil War and What the World Can Expect, foreword by Noam Chomsky, and recently updated [click] in a paperback edition. Visit his home page www.reeseerlich.com; follow him on Twitter @ReeseErlich or Facebook (Reese Erlich Foreign Correspondent).

Reprinted from The Progressive with author’s permission.