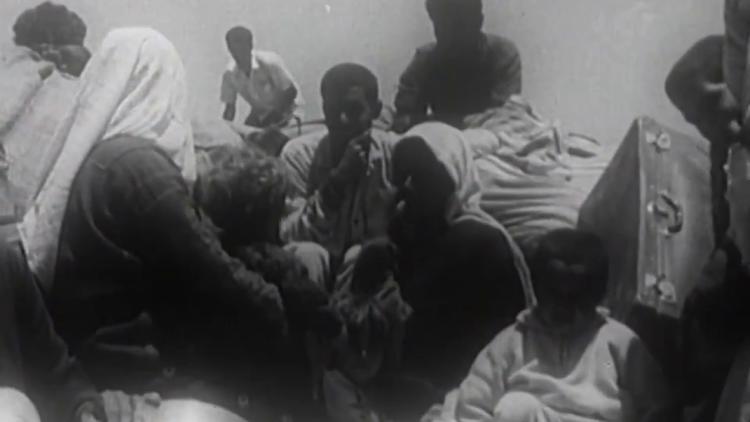 Ramp Up Pressure for Accountability on all Sides

At least five categories of major violations of international human rights law and humanitarian law characterize the occupation: unlawful killings; forced displacement; abusive detention; the closure of the Gaza Strip and other unjustified restrictions on movement; and the development of settlements, along with the accompanying discriminatory policies that disadvantage Palestinians.
Many of Israel’s abusive practices were carried out in the name of security. Palestinian armed groups have carried out scores of lethal attacks on civilians and launched thousands of rocket attacks on Israeli civilian areas, also in violation of international humanitarian law.
“Whether it’s a child imprisoned by a military court or shot unjustifiably, or a house demolished for lack of an elusive permit, or checkpoints where only settlers are allowed to pass, few Palestinians have escaped serious rights abuses during this 50-year occupation,” said Sarah Leah Whitson, Middle East director at Human Rights Watch. “Israel today maintains an entrenched system of institutionalized discrimination against Palestinians in the occupied territory – repression that extends far beyond any security rationale.”
As the occupation enters its second half-century, the focus should be on increasing the protection of the rights of the population of the occupied territory, Human Rights Watch said.
Unlawful Killings & War Crimes
Israeli troops killed well over 2,000 Palestinian civilians in the last three Gaza conflicts (2008-09, 2012, 2014) alone. Many of these attacks amount to violations of international humanitarian law due to a failure to take all feasible precautions to spare civilians. Some amount to war crimes, including the targeting of apparent civilian structures.

In the West Bank, Israeli security forces have routinely used excessive force in policing situations, killing or grievously wounding thousands of demonstrators, rock-throwers, suspected assailants, and others with live ammunition when lesser means could have averted a threat or maintained order.

Armed Palestinian groups also committed war crimes during these conflicts and at other times, including rocket attacks targeting Israeli population centers. Between the start of the first Intifada in December 1987 and the end of February 2017, attacks by Palestinians killed at least 1,079 Israeli civilians, according to the Israeli human rights organization B’Tselem.

Israeli official investigations into alleged security force abuses during the Gaza conflicts and in policing situations failed to hold the abusers accountable, with rare exceptions. Palestinian authorities have also failed to investigate violations and hold those responsible to account.

Illegal Settlements
Israeli authorities have since 1967 facilitated the transfer of its civilians to the occupied West Bank, including East Jerusalem, in violation of the Fourth Geneva Convention. In 1967, Israel established two settlements in the West Bank: Kfar Etzion and East Talpiot; by 2017, Israel had established 237 settlements there, housing approximately 580,000 settlers. Israel applies Israeli civil law to settlers, affording them legal protections, rights, and benefits that are not extended to Palestinians living in the same territory who are subjected to Israeli military law. Israel provides settlers with infrastructure, services, and subsidies that it denies to Palestinians, creating and sustaining a separate and unequal system of law, rules, and services.