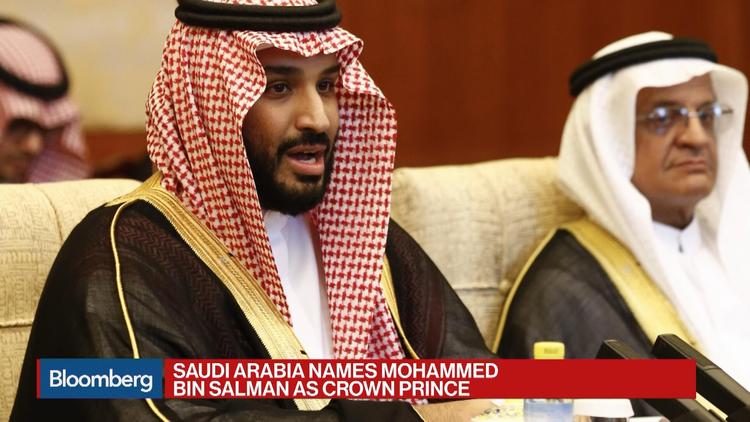 The epic battle in the Trump White House between Jared Kushner, the Orthodox Jewish son-in-law, and Steve Bannon, the alt-NeoNazi White House strategist, is hard to top.

But Saudi Arabia just topped it?

the new crown prince is a foreign policy adventurer and hard liner who said just last month that there can be no compromise with Iran.

The octogenarian King Salman acceded to the throne in January of 2015. He has made several changes in his cabinet since then, but by last year the two most important figures in it were Muhammad bin Naif, 57, his nephew and the crown prince, and Muhammad bin Salman, 32, his son.

Muhammad bin Naif had become the minister of the interior, a position his father had also filled at one point, and was known as master of the deep state. He had taken the lead in the war on terror in 2003-2006 when al-Qaeda launched a concerted attempt to undermine the kingdom through terrorism. He was known for his iron fist policy and for filling jails with suspects. US CIA director Mike Pompeo recently gave him an award.

Muhammad bin Salman did not have much of a resume before his father made him minister of defense. In spring of 2015 he launched a devastating air war on the Houthi guerrilla group in northwest Yemen believing it was a slam dunk. It is still dragging on with no end in sight. The war has disregarded humanitarian considerations and deliberately targeted civilian infrastructure. At one point after he launched the war, Muhammad bin Salman went off on vacation to the Maldives and US Secretary of Defense Ash Carter couldn’t get hold of him despite the urgency of the situation.

Both men seem to have supported the Yemen War. Muhammad bin Naif had a longer history in the Syrian conflict, but both seem to have backed Salafi jihadis like the Jaysh al-Islam (Army of Islam) and the later formation of an alliance of the Freemen of Syria with the al-Qaeda affiliate, the Syrian Conquest Front (formerly Nusra).

Muhammad bin Salman was identified in addition with a scheme to cut pensions and benefits for government workers and to begin privatizing the state owned petroleum giant. The king undid the pension and benefits cuts just before making his son the crown prince, and gave him the credit for the change.

It isn’t clear that the two cousins had any strong ideological differences with one another, but they just did not like one another. Muhammad bin Salman seems to be as ambitious as he is sloppy, and wanted to move his cousin out of the way.

Saudi Arabia had been using an agnatic succession model, where the brother of the king is given preference over the son of the king.

The Third Saudi kingdom was founded by Ibn Saud in 1902. He and his ancestors had an alliance with the ultra-conservative Wahhabi clerics. He initially only had Najd in the interior, but in 1913 he added Shiite Eastern Arabia (where the oil turned out to be), and in 1924-6 added the Sunni Hejaz on the Red Sea littoral. In 1932 a united Saudi Kingdom was announced. Ibn Saudi died in 1953. One of his many wives, Hassa bint Ahmad al-Sudairi, had given him 7 sons, the largest bloc of men eligible for the throne, who tended to support each other vis-a-vis other branches. From the 1930s, Saudi Arabia struck oil and the royal family became fabulously wealthy. Sometimes some members of it have caused scandals with how they have spent it.

Salman is a Sudairi, as are Muhammad bin Naif and Muhammad bin Salman; the latter were the first of Ibn Saud’s grandsons to have a shot a the throne.

Muhammad bin Salman is also the first Millennial (born in 1985) to have the prospect of succeeding to power. His father is advanced in age.

The new crown prince is known to be both reckless and sloppy. His irrational hatred for Iran could well lead to a military confrontation. His Yemen and Syria policies are in tatters. He has fallen out with Egyptian president Abdel Fattah al-Sisi. He is trying to squash the independence of neighboring Qatar. Some European investment firms are afraid he will upset the world’s apple carts so much it will hurt all our retirement accounts.