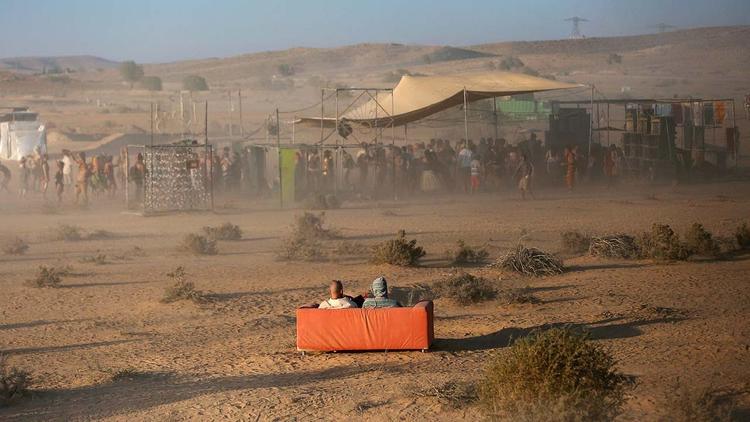 Five decades of occupation have turned military violence into the norm for Palestinian children.

There are two places to visit if you want to know the human impact of Israel’s 50-year military occupation of the Occupied Palestinian Territory: an Israeli military court and the sitting room of a Palestinian family. I have been to both.

I work for the American Friends Service Committee, which has been involved in advocacy and humanitarian work with Palestinians for more than 50 years. In that capacity I co-coordinate the “Israeli Military Detention: No Way to Treat a Child” campaign with Defense for Children International—Palestine. For decades we have documented escalating violations of the rights of Palestinian children by Israeli military forces.

Children under 18 years old currently represent 46 percent of the 4.68 million Palestinians living in the Occupied Palestinian Territory (70% are under the age of 30). This current generation has grown up in the shadow of failed negotiations and with futures stifled by systemic discrimination, persistent settlement expansion, blockade, and repeated military offensives.

Abuses suffered in prison last a lifetime. In the past 50 years, 700,000 Palestinians have been incarcerated by Israel, representing 40 percent of the male Palestinians living under occupation.

When making Detaining Dreams, a documentary featuring the stories of Palestinian youth held in Israeli military detention, we visited Palestinian homes, where we were offered tea, sweets, and stories of arrest and imprisonment. Boys described to us how soldiers arrested them in the middle of the night, blindfolding them and tying their hands. The boys were then beaten during transit in army jeeps and interrogated without the presence of their parents or lawyers.

Family members shared with us the frustration of not being able to protect their children and how their children returned from prison traumatized from the experience. “It is difficult to watch your child collapse in front of you and you can’t do anything,” said one parent.

Amid rapidly escalating violence across the Occupied Palestinian Territory since October 2015, Palestinian children have been increasingly subjected to disproportionate violence. Last year proved to be the deadliest in a decade for West Bank children, with 32 child fatalities at the hands of Israeli forces and security guards. In just the first four months of 2017, Israeli forces killed six Palestinian children, according to documentation by Defense for Children International—Palestine.

In Gaza, which is nearing 10 years of military blockade, children continue to slip deeper into poverty, with many still living in protracted displacement. Despite overwhelming evidence of war crimes committed by Israeli forces during the 2014 military assault on Gaza—including direct attacks on civilians as well as indiscriminate and disproportionate attacks on civilian homes, schools, and residential neighborhoods that left at least 547 Palestinian children dead—justice and accountability for these children remain elusive.

The U.S. supports the occupation of Palestine with billions of dollars in military aid to Israel. So we in the U.S. have a responsibility to call for accountability and change when it comes to the mistreatment of Palestinian children.

Not everyone is able to visit an Israeli military court, meet Palestinians in their communities, and see the impact of five decades of rights denied and future dreams disrupted. But these abuses are well documented, even by the US State Department, and must change in order for a future viable peace between Palestinians and Israelis.

On Thursday, June 8 at 9:30 am, in room 122 in the Cannon House Office Building, human rights experts and those directly impacted by Israel’s occupation will testify to the challenges facing the current and future generations of children who live in an increasingly militarized environment.

I want a world where parents do not wait up all night fearing army night raids that take their children away or bombs dropped on their family homes and schools. Five decades of occupation have turned military violence into the norm for Palestinian children. The bottom line: this is no way to treat a child.

Jennifer Bing is the director of the American Friends Service Committee’s Palestine-Israel program.