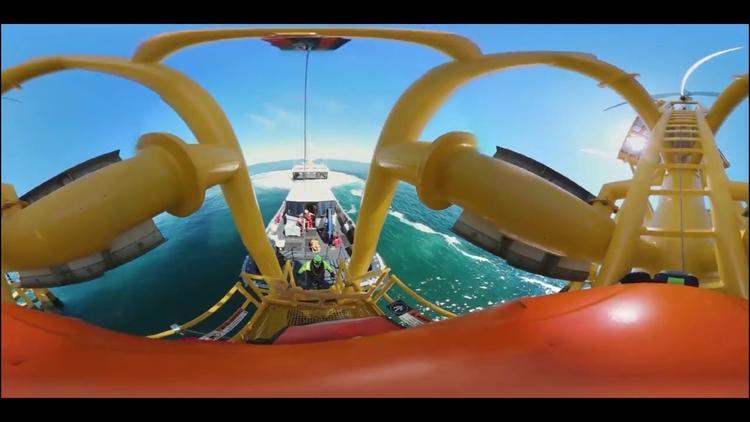 Anyone who is depressed about Trump’s sabotage of action to halt climate change should take heart from a remarkable development in Kansas.. Governor Sam Brownback, a little-government arch-conservative who has run the state into the ground and ruined its education system and been a disaster in every other way, has nevertheless been converted to the cause of renewable energy. He says he wants 50% of Kansas electricity to come from wind by the end of his term. The state already gets 24% of its electricity from wind.

The American Wind Energy Association said that Kansas will achieve 5,000 megawatts of wind power by the end of this year. The Southwest of the state is naturally endowed with strong and steady winds, and Kansas has already built new electric transmission lines to bring it to the cities where it is needed. The state has put $8.4 billion into wind energy.

The point is that these advances in clean energy are coming from the states, not the Federal government, and even conservative politicians and entrepreneurs are lining up for this gravy train. There is an enormous amount of money to be made in wind power, since once the turbines are installed, the fuel is free.

Wind energy generated 8% of the electricity in the US in 2016, and with several big projects in the works, that proportion is set to rise significantly.

The Broadview Wind Farm in Texas and New Mexico has just gone online, and it is providing 324 megawatts of electricity to California over long distance transmission lines, enough to power 124,000 homes.

There are more Broadview-like projects on the books. If Trump is the ultimate conservative billionaire, he has competition from the good kind. Philip Anschutz is building a 1,000-turbine wind farm in southwest Wyoming and also planning on selling the electricity to California, which must by law get half (and maybe 60%) of its electricity from renewable sources within 13 years. The Wyoming wind plant would help California since the wind blows strong there in the evening, when California’s own winds start dying down. Most of the permitting for the project has been issued.

Renewable energy now generates 800,000 jobs in the US (there are about 60,000 coal miners), and that number is set to skyrocket whether Trump likes it or not. Onshore wind farm work is the fastest growing job sector in the United States.

One area where the US has lagged way behind Europe is offshore wind. But there are 2.2 gigawatts of offshore wind energy in the US in only 9 years.

State goals for renewables like those of California and *gasp* Kansas will drive a lot of these wind installations. Those are goals Trump has nothing to say about. Oh, and the coal miners? Both Kansas and China are offering them retraining programs in the wind industry.