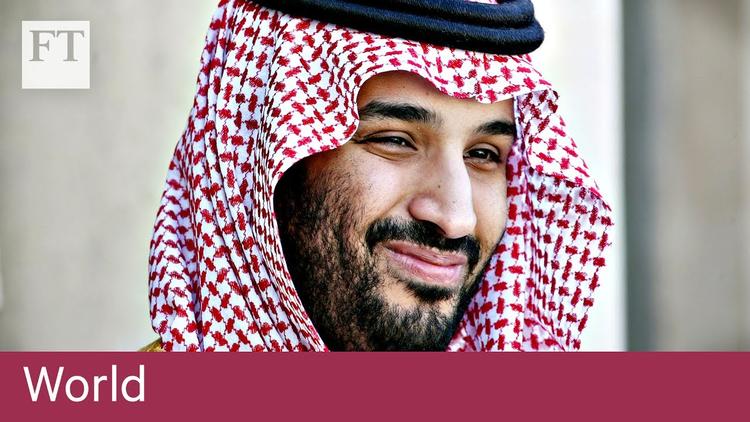 The young Saudi king-in-waiting has been hailed as a “modernizer” for his open support of normalizing ties with the Israeli occupation, first and foremost.

The Gulf Arab “game of thrones” took a dramatic turn Tuesday in Riyadh with the sudden ousting of Saudi Crown Prince Mohammed bin Nayef and the issuance of a decree by Saudi King Salman bin Abdulaziz Al Saud naming his son, Crown Prince Mohamed bin Salman, as the next in the line of succession. 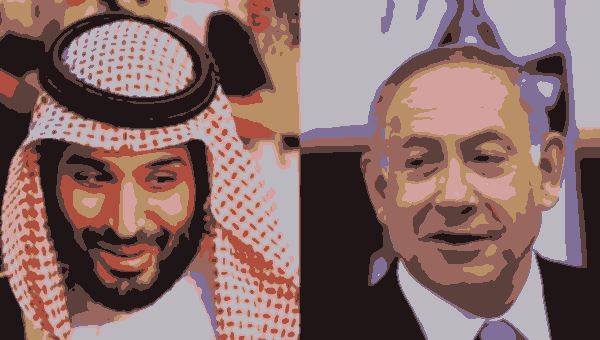 Analysts across the region have responded with a range of predictions, with some claiming that the appointment of the inexperienced young royal will upend the regional balance of forces and others hailing a man they expect to be a “modernizer” in the benighted, monarchy-plagued gulf. However, judging by the reactions from the Israelis, one thing is clear: Crown Prince Mohammed bears the official stamp of approval from Tel Aviv and the settler-colonial project in Palestine.

The deputy crown prince, only 31 years old, had already built up quite a name for himself in the short span of time since his octogenarian father, King Salman, assumed the height of power in the absolute monarchy. As Saudi minister of defense, Mohammed launched the ill-advised Operation Decisive Storm against Yemen, a futile effort meant to crush the Houthi Ansarullah movement – Zaidi Shia rebels whom Riyadh groundlessly accuses of being “Iranian proxies” – and foist a puppet government on the Yemeni people.

The war has proceeded swimmingly in terms of wreaking havoc on civilian infrastructure, eliminating the poor people of Yemen through indiscriminate airstrikes, causing famine and cholera, and empowering local terrorist groups like al-Qaida and the Islamic State group. The Saudi rulers, however, remain no closer to achieving Mohammed’s goals of conquering their southern neighbor.

The crown prince earned further praise as a “modernizing” enlightened despot for ramming through the privatization of flagship state oil firm Aramco and imposing austerity measures on the government amid record-low oil prices.

Nevertheless, the most fawning praise was reserved for Mohammed’s inclination toward normalizing ties with the Israeli occupation, with whom the Wahhabi kingdom shares numerous goals.

In recent weeks, media outlets have hailed a new “springtime” in Saudi-U.S. relations, ushered in largely by U.S. President Donald Trump’s visit to Riyadh, where the former reality TV host and Mohammed discussed a wide-ranging peace deal between Israel and the Palestinians, with the Gulf Arab rulers holding the whip hand over unruly groups like Hamas, whom the Saudi rulers and their junior partners in Cairo and Dubai see as Iran and Qatar-backed conspirators.

Indeed, the “rapport” between crown prince Mohammed and top White House adviser and Trump son-in-law Jared Kushner are already well-known, with the two reported to have already held wide-ranging discussions on the normalization of ties between the Israeli occupation and the Saudis. According to some reports, Mohammed has even met with senior Israeli officials.

“For the Americans to abandon Mohammed bin Nayef and choose this young prince, he has to offer them something no one has managed or even dared to offer before,” a former prime minister of a non-Arab country reportedly told Jamal Elshayyal, a senior producer at Al Jazeera English. “He has to recognize Israel. If he does that then the Americans will support him, they’ll even crown him themselves.”

Across the Arab world, reports have swirled about a significant faction among Saudi royals hoping to move forward with the Israelis to carve out a nominal “Palestinian state” within the Occupied Territories, which in reality would be an Israeli-dominated enclave and “gussied up Palestinian prison” with a “fife-and-drum corps, and control over nothing” that Palestinian American historian Professor Rashid Khalidi has spoken of.

The establishment of this “state,” in the minds of Trump and the faction Mohammed allegedly represents, would then usher in the normalization of ties between the Israelis and the Saudi alliance comprising the kingdom, United Arab Emirates, Egypt and Bahrain. Indeed, the Saudi-Israeli “condominium” has long worked in concert against their common foes in Iraq, Lebanon, Syria and Iran.

“Salman’s appointment means more economic cooperation in the Middle East, and not just regarding oil,” Israeli Communications Minister Ayoub Kara said in a statement cited by the Times of Israel. “The strengthening of relations with the Trump administration is the beginning of a new and optimistic time between Saudi Arabia and regional states, including Israel and the Jewish people.”

Of course, such a plan could lead to a disaster for the king-in-waiting, who would encounter significant pushback if not a fully-fledged palace coup resulting from such an open betrayal of the Palestinian people.

A more likely scenario, and prudent course for Mohammed, would be a gradual economic rapprochement paired by a continuation of the de facto military alliance between anti-Iran and sectarian anti-Shia forces in the region. However, for a young prince known to be erratic and aggressively impulsive, one can expect that the drama will continue for many “seasons” to come.