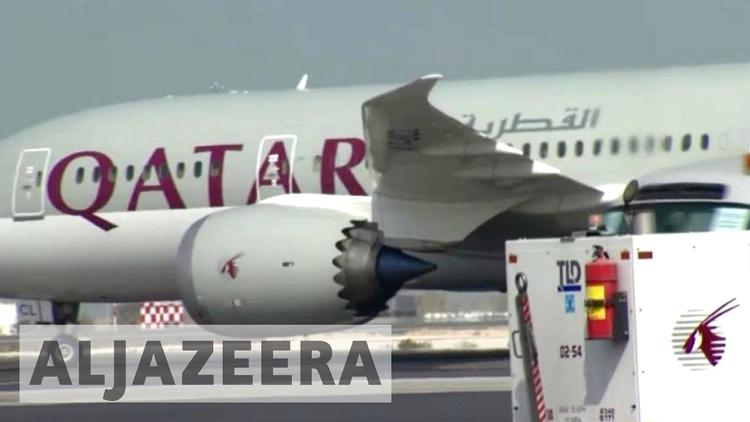 The Saudi – Qatar diplomatic rift is intensifying, showing no sign of immediate solution. Since June 5, the day Saudi Arabia, the UAE, Bahrain and Egypt broke off relations with Qatar, both sides have kept hardening their mutually opposed positions. The limited diplomatic initiative the Emir of Kuwait Sheikh Sabah Al Ahmad Al Jaber Al Sabah undertook to mediate the crisis has yielded no positive results.

The root causes of the diplomatic spat, as Saudi Arabia and the UAE have put it, are Qatar’s support for regional terror groups and its softening stance towards Iran that threatens Gulf security. On June 6, Saudi Foreign Minister Adel al-Jubeir threatened Qatar either to stop supporting “terrorist groups” Hamas and the Muslim Brotherhood or face painful isolation in the region. Three days later on June 9, Qatar refused to surrender to Saudi pressure, while rejecting the charges levelled against it as baseless. The Qatari Foreign Minister Sheikh Mohammad bin Abdulrahman Al Thani said: “We are not ready to surrender, and will never be ready to surrender, our foreign policy independence”. Furthermore, in an interview with Russia Today during his official visit to Moscow on June 10, the foreign minister branded Hamas a “legitimate resistance movement” and not a “terrorist organization as viewed by the US”.

Qatar may be a tiny state, compared to its giant neighbor Saudi Arabia, but it sounds determined to survive the diplomatic crisis. The intriguing point is why Qatar has suddenly become the target of a huge diplomatic offensive by its GCC partners, with enthusiastic support from President Trump who also put the blame on Qatar for funding terrorism at a “very high level”.

Apparently, two particular factors have precipitated the anti-Qatar move by Saudi Arabia and the UAE. The first factor is Qatar’s fall from grace in Washington, and the second factor points to a breakdown in the anti-Iran security consensus on which the GCC (Gulf Cooperation Council) rests.

The former Qatari Emir Sheikh Hamad bin Khalifa Al Thani, who captured power in a bloodless coup by toppling his dad Sheikh Khalifa bin Hamad Al Thani in 1995, moved Qatar closer to and established solid ties with the US. Sheikh Hamad readily agreed to allow the US military to use the Al-Udeid airbase in Qatar in the run up to the invasion of Iraq in March 2003. Saudi Arabia, in the face of stiff domestic opposition, had earlier refused the Bush regime the use of Prince Sultan air base, close to Riyadh, to launch an attack on Iraq. Qatar also cut a political niche in Washington after writing a big check of $100 million to rebuild New Orleans in Lousiana after hurricane Katrina had devastated that city in 2005. So did its GCC partner the UAE. Doha also actively participated in the NATO-bombing of Libya in 2011, much to the appreciation of the US. But things went upside down with Qatari financial and diplomatic backing of Muslim Brotherhood and its affiliates in Egypt and Syria under the rubric of the Arab Spring uprisings – an action the Saudis, the Emiratis and the Trump regime highly detest, and has been at the center of the ongoing diplomatic crisis.

Qatar’s flexible political and diplomatic relations with Iran have equally irritated Saudi Arabia and the UAE. Unlike the Saudi and the Emirati rulers, the Qatari government views Iran more as a strategic partner, less as an enemy. Qatar shares the world’s largest natural gas field located in the Persian Gulf with Iran (what the Iranians call the South Pars and the Qataris the North Dome Field). Any realistic assessment of interests requires Qatar to maintain normal diplomatic and political channels with Iran, despite Qatar’s role to bring down the pro-Iran Bashar Al-Assad government in Syria. Saudi Arabia and the Trump regime view Qatar’s pro-Iran posture as a major stumbling block to their anti-Iran agenda to force the Iranians to retreat from Iraq, Syria and Yemen.

Iran has recently signed an agreement with the French oil giant Total, after sanctions were lifted following the July 2015 Iran – US nuclear deal, to develop South Pars II project, primarily to meet its growing domestic energy needs. Qatar followed up the Iranian initiative in April 2017 by lifting a 2005 self-imposed moratorium on the development of the jointly owned gas field with Iran to stave off pressures from the US and Australia that are flooding the global LNG (liquefied natural gas) markets with voluminous supplies. Russia is another leading player in the LNG markets that also fiercely competes with Qatar – a situation that makes Qatar nervous to some extent. Qatari economy was already hit by the global oil slump, with thousands of foreign workers sent back to their home countries in 2015. The closing down of Emirati and Saudi ports for Qatari oil and gas tankers and commercial vassals under the ruse of a diplomatic crisis serves a few Saudi and US objectives – to disengage Qatar from Iran, and force the Qatari ruler to go slow on the LNG front.

At the same time, neither Oman nor Kuwait shares Saudi obsession with the so-called “Iran threat”, as neither has responded to the Saudi call to sever diplomatic ties with Qatar. It looks like that unless Saudi Arabia succeeds in considerably dooming Qatari foreign policy independence, which may encourage Kuwait and Oman to pursue more independent foreign policy postures, Saudi Arabia would lose the leadership of the GCC and the diplomatic leverage to face Iran.

From a realistic viewpoint, the possibilities of isolating Qatar from Iran and stopping it from supporting the Muslim Brotherhood or Hamas are slim. A series of economic and strategic factors militate against the not-so-well-calculated objectives of Saudi, Emirati and US diplomatic offensive against Qatar.

First off, Qatar’s economic strength gives it maximum leverage to weather over major diplomatic crises. It is one of the wealthiest countries in the world with a per capita GDP of $129,700 (in terms of purchasing power parity), a huge GDP of $334.5 billion (2016 estimate), reserves of foreign exchange and gold of $36.03 billion (December 31, 2016 estimate), and virtually no unemployment rate (0.7% in 2016). With a total population of 2.25 million (of which 88.4% are foreign workers), Qatar possesses the best economic tool to mitigate foreign pressures, without submitting to undue demands, at least for a considerable period of time.

Secondly, isolating Qatar is a difficult job, given its place in the world economy as a LNG and oil exporter and the diplomatic status it enjoys in the world. Qatar is the host for the 2022 world football cup, the first Middle Eastern country to have this honor and privilege. The Saudi call on brotherly and friendly countries to cut ties with Qatar went almost unheeded. Outside the Gulf, a few politically and diplomatically underdog countries, including the Maldives, the beleaguered Abd Rabbu Mansour Hadi government in Yemen, the Tobruk-based factional government in Libya, Niger, Senegal, Mauritania, and Djibouti have responded to the Saudi call. Of these countries, the Hadi government squarely depends on Saudi military and financial support; the democratically unstable Maldives government recently sold 19 of its islands to Saudi Arabia in exchange for billions of dollars of investment; Libya is a failed state; and Senegal has been traditionally a Saudi-friendly state.

Qatar has, on the contrary, won the support of two regional heavyweights – Turkey and Iran. Turkish President Recep Tayyip Erdogan has openly sided with Qatar and vowed to support “Qatari brothers” pushed in a crisis by Saudi Arabia and the US. To counter any possible military threats by Saudi Arabia and the UAE, the Turkish parliament quickly moved to ratify two defense agreements to enable rapid dispatch of some 3,000 troops to a Turkish-controlled military base in Qatar, established under a 2014 agreement. After pursuing a policy of disengagement from the Arab Middle East under Kemalist secular principles following the demise of the Ottoman Empire in 1924, the Islamist Erdogan government has reclaimed Ottoman geopolitical space in the Gulf, at least partially. This has been a basic objective of Turkey’s foreign policy under President Erdogan’s Justice and Development Party, an objective derailed by the Arab Spring developments in Egypt, Syria and Iraq. The US hobnob with the Kurdish YPG, which Turkey views as a terrorist group, to fight the ISIL forces in Iraq and Syria also probably influenced President Erdogan’s decision to come to the defense of Qatar, a collaborating partner seeking to realize similar ideological and political goals in Syria and Palestine.

Similarly, the diplomatic standoff has brought Iran an opportunity to test and recalibrate its ties to Qatar. Iran has sent shipments of food by air to help Qatar avert a possible food crisis threatened by the Saudi-led air, sea and land blockade. In a recent interview with RT Arabic channel on June 11, the Qatari foreign minister has defied the Saudi and US pressure to distance from Iran. He said: “The strategic choice of all countries is to maintain dialog with Iran”, adding “we, in the state of Qatar, support these efforts”. That means a possible severance of Iran – Qatar diplomatic relations is not in the offing.

Thirdly, Saudi Arabia’s anti- Hamas posture and closeness to President Trump, a notorious Muslim-hater who largely won the election banking on an anti-Islam strategy, has strengthened Qatar’s moral case of standing up to Saudi Arabia and the US. Most Muslims seem to believe that the Saudi demand to cut funding to Hamas only aids the Israeli occupiers of Palestinian lands, an objective the Trump regime welcomes. An American political analyst writes: “Hamas has one real enemy, and that’s Israel. So, Saudi efforts to freeze Qatari terror funding for Hamas has only one real beneficiary – Israel”. And the move to cut funding to Hamas came just days after President Trump visited Riyadh – what a great coincidence!