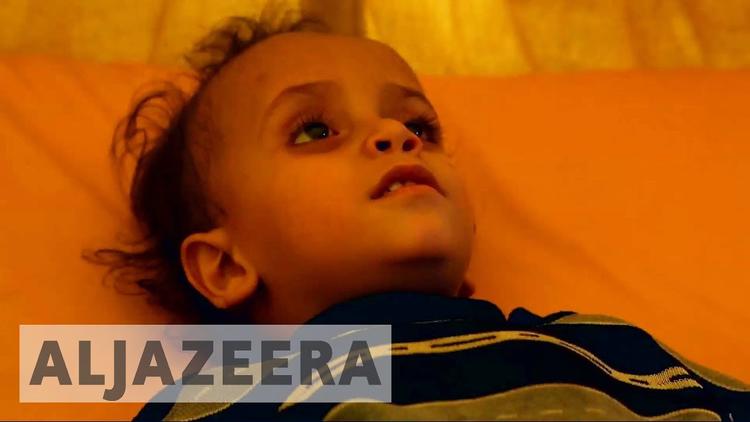 UNITED NATIONS (IPS) – When Saudi Arabia – which has been spearheading a coalition of Arab states in a devastating war against Yemen since 2015 – was accused of bombing civilians, and particularly children caught up in the conflict, the government in Riyadh threatened to cut off humanitarian funding to the world body.

As a result of the looming threat, Saudi Arabia was de-listed from the “offending” annex to a UN report last year, by then Secretary-General Ban Ki-moon, largely in order to appease the Saudis.

But the UN High Commissioner for Human Rights Zeid Ra’ad Al Hussein of Jordan, with close links to the Jordanian royal family, has cited a report that nine Arab states – the Saudi coalition fighting the Houthi/Saleh rebels in Yemen – made the “unprecedented threat of a withdrawal from the UN if they were listed as perpetrators in the annex of the Secretary General’s report on children and armed conflict.”

The new revelation by Zeid– a former Jordanian Permanent Representative to the United Nations and a former Ambassador to the United States – has shed new light on a hitherto unknown threat by the Arab coalition, coordinated perhaps by the Saudis.

Besides Saudi Arabia, the nine-member Arab coalition includes Bahrain, the United Arab Emirates, Egypt, Morocco, Jordan, Sudan, Kuwait and Qatar (whose role in the coalition has been suspended since the emergence of a new crisis among Gulf nations early this month).

Stephen Zunes, Professor of Politics & Coordinator of Middle Eastern Studies at the University of San Francisco, told IPS “this threat by Saudi Arabia and its allies may indeed be unprecedented. Personally, I say call their bluff.”

“It’s important to stick to principle, particularly in regard to international humanitarian law. The reason more countries haven’t actually withdrawn is that they recognize that being part of the United Nations is on balance to their advantage, so it would be their loss and they would eventually return,” declared Zunes.

He said that “countries have threatened, and at times actually pulled out of certain US committees and agencies in protest, but pulling out of the UN itself is almost unprecedented.”

He pointed out that Indonesia pulled out of the UN in January 1965 in protest of Malaysia being elected to the Security Council, but resumed participation after the coup later that year.

Technically, there are no provisions for withdrawal, so the President of the UN General Assembly (UNGA) simply referred to it as a “cessation of cooperation” and allowed for Indonesia’s return with little fanfare, said Zunes whose areas of specialization include the United Nations and the Security Council.

He said some right-wing elements in Israel and the United States have threatened to pull out over criticisms of Israel and there are periodic attempts by Republicans for a pullout (currently there is an “American Sovereignty Restoration Act of 2017” (H.R. 193) introduced by Rep. Mike Rogers, but won’t be going very far.)”

In a statement last year, Amnesty International (AI) said the credibility of the United Nations was on the line “after it shamefully caved in to pressure to remove the Saudi Arabia-led military coalition from the UN’s list of states and armed groups that violate children’s rights in conflict.”

The statement followed an announcement by the spokesperson for UN Secretary General Ban Ki-moon about the change to the list published as part of an annual report by his Special Representative for Children and Armed Conflict.

“The move was a direct result of diplomatic pressure from Saudi Arabia, angry at the UN’s conclusion that coalition operations had led to the death and suffering of children in the armed conflict in Yemen”, AI said.

“It is unprecedented for the UN to bow to pressure to alter its own published report on children in armed conflict. It is unconscionable that this pressure was brought to bear by one of the very states listed in the report,” said Richard Bennett, Representative and Head of Amnesty International’s UN Office.

“Fortunately, in almost all these cases, either the threat of withdrawal has fizzled out, or, even if one or two countries did withdraw, no chain reaction ensued. But the regularity of these threats means it is increasingly probable the haemorrhaging will occur someday – a walk-out which closes the book on some part of the system of international law,” he warned.

Martin S. Edwards, Associate Professor and Director of Graduate Studies at the School of Diplomacy and International Relations at Seton Hall University, told IPS that even he had I’ve not heard of the threat, he would suspect that “this is going to get more common, not only with autocracies under duress, but with countries getting inspired by this White House’s maddening inconsistency with multilateralism.”

“I’m no expert on Saudi foreign policy, but I’d be surprised if it was actually couched in this way. After all, how can the Saudis speak for other countries? I’m sure the Saudi’s own threats to rethink any financial contributions would have been potent enough as it is,” said Edwards who monitors the politics of the United Nations.

Zeid also told the meeting in London that the US is weighing up the degree to which it will scale back its financial support to the UN and other multilateral institutions.

“It is still deciding whether it should withdraw from the Human Rights Council and there was even talk at one stage of it withdrawing from the core human rights instruments to which it is party,” he added.